When I decided to tear myself away from the modern luxury of Ani Private Resorts for a hike to an Iguana Cave Anguilla, my fingers were crossed that this time Anguilla would deliver “what it says on the tin.” I was in search of a magnificent natural amphitheater full of lounging, green iguanas of all shapes and sizes.

Why don’t I ever learn?

On my most recent trip to Anguilla, the penchant for Anguillans toward lax naming tendencies was a prevailing theme. “Crayfish” turned out to be lobsters in disguise. The national dish of “peas” and rice turned out to be rice and just about anything resembling a bean. Even the ever-alluring Limestone Beach should probably be renamed “Iron Shore Beach” for it’s rugged, rocky fringes.

But, honestly, the draw of a massive cave full of iguanas to photograph and study like some modern-day, amateur Charles Darwin was just too much to resist!

And so it was, that I found myself on the quiet and isolated sands of Katouche Bay Beach just past the Masara Resort. It’s pretty much due west of the capital of The Valley and very easy to find. The only awkward part is the very steep road that descends the last mile toward the shore.

Anyway, armed with a few notes, a bottle of water, some light hiking shoes, and an attitude riding high on Anguilla’s charming environs, I set off.

I mean, Iguana Cave wasn’t going to explore itself, right!?

As I walked, a small salt pond came and went on the left, then an old well on the right. The sea grapes that mark the entrance to the path soon gave way to a forest of thin trees making a meager living on the nutrient-poor sands — hermit crabs as tiny as a dime and as massive as softballs scurried along the path.

Animal life was all around. A whole playlist of Caribbean bird songs drifted from the trees, butterflies floated amongst the branches, and I thought, just maybe, that I’d glimpsed an iguana through the trees — the first of many, I hoped. I imagined he was making his way back to all his friends in the cave after a nice, morning bath down by the beach.

Continuing, my directions informed me to hang a right at the first fork. This path led to some rough stairs strewn across the track and some rather steep going.

At the top of the “staircase,” the canopy opened up. Small trees were quickly replaced by giant cacti. Though they crowded the path, luckily, they never invaded to the point that they clawed at me as I passed.

Up here, the sandy ground was gone. Instead, the path meandered over and around limestone rocks. And the vegetation was even more sparse. With the sounds of the sea far behind, the sounds of birds dwindling, and fewer fauna to be found, I couldn’t help but start to get a little spooked.

This is when your mind starts to fill up with warnings. What are you doing in the middle of nowhere instead of lounging like a rock star back at your gorgeous villa?

Suddenly, I heard footsteps up ahead.

Why do you keep doing this? Remember last time?

Leaves crunched rhythmically up ahead. They were footsteps!

I charged straight up the path making as much noise I could.

And bumped right into the noisemaker!

Now it was his turn to freeze. We exchanged looks, but this wasn’t the reptile I was looking for, so I carried on and quickly came across the gaping black mouth of the cave!

Camera at the ready, I plunged into its inky depths prepared to be surrounded by reptiles like Indiana Jones in that seminal scene in Raiders of the Lost Ark — except my cold-blooded friends would be easy-going iguanas… Only to find… Well… For the answer, watch this video:

Exploring Anguilla, We Hike to the Iguana Cave Near Katouche Bay

Is nothing named correctly on Anguilla!?

Anyway, going at a leisurely pace, the hike clocks in at around 45 minutes up and 45 minutes back. For the most part, it’s pleasant, and I highly recommend it as a way to break up a bounty of beautiful beach days.

The cavern itself is rather huge — much bigger than I expected. Sure, there’s some graffiti here and there on its interior, but the skylight (with a tree rising from the cave floor and out into the open sky) is pretty gorgeous. 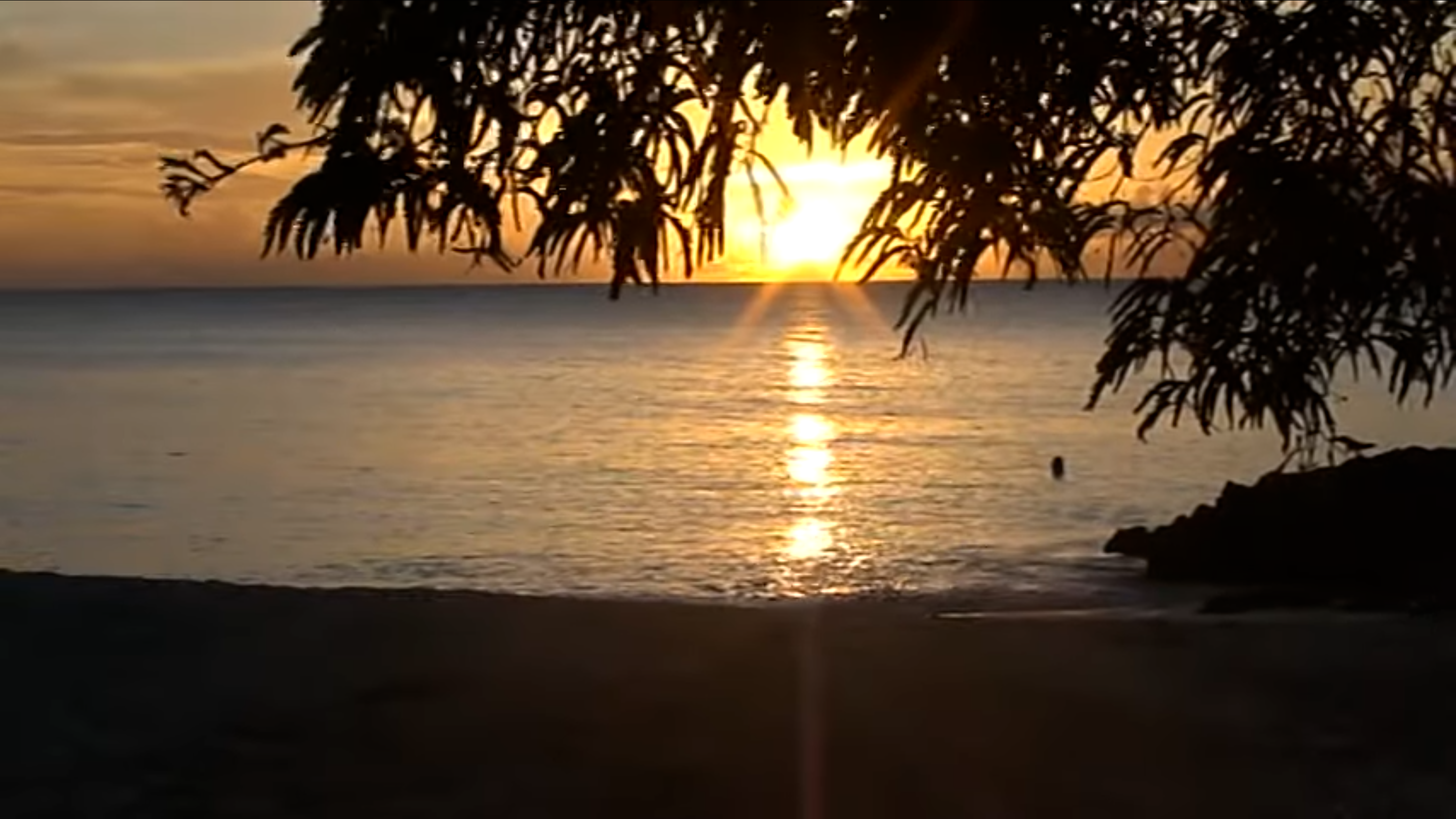 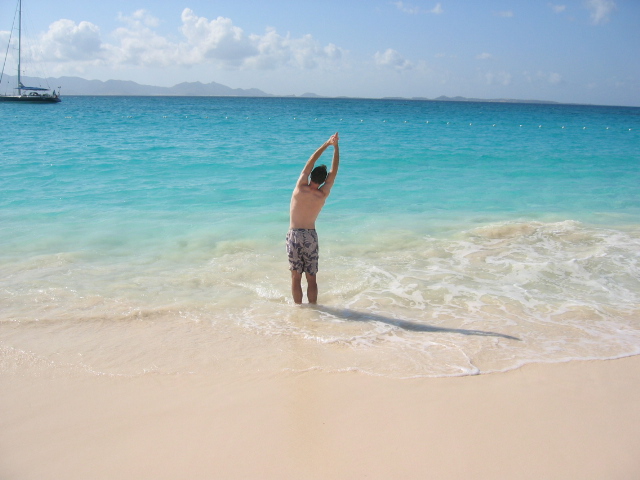 Limbering Up On Anguilla’s Beaches: Wish You Were Here? 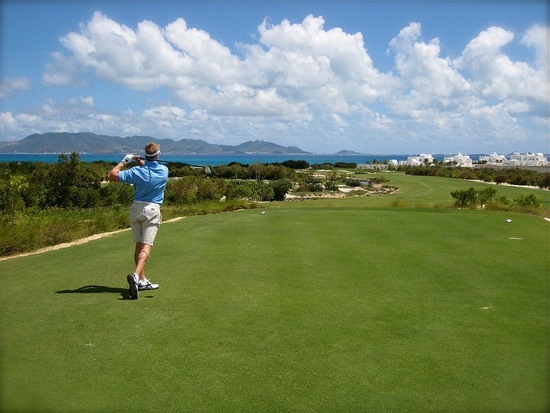 Golfing at Cap Juluca, Anguilla: Wish You Were Here

Hitting the links at the Cap Juluca, the first and only 18-hole championship level golf course in Anguilla.
5
Shares
Send this to a friend