Experience The Storied Tradition of Sailboat Racing in Anguilla

As a soft predawn glow slowly seeped into the sky above St. Martin, naval officers on the docks were barking orders in French directing 400 battle-ready soldiers onto two ships — the Décius and the Valliante — bound for conquest. The year was 1796. Little did they know, this would set off a chain of events that would lead to one of the best reasons to visit one of the most special islands in the Caribbean: sailboat racing in Anguilla.

The neighboring British and French colonies had been engaged in sporadic armed combat for years. In fact, at one point, Anguilla had even invaded and occupied St. Martin!

So, when those 400 French soldiers landed at Rendezvous Bay, they didn’t just plan to return the favor, they intended to destroy Anguilla utterly; to burn it to the ground.

The battle raged on for days as the French drove the smaller Anguillan defense force back. Casualties mounted, supplies ran low. It’s even said that the Anguillans were so desperate for ammunition that they used the lead weights from fishing nets for musket shot. To this day those same weights are still called bullets.

Desperate, the Anguilla defense force sent a boat — a vessel whose name has been lost to history — racing to St. Kitts with news of their dire circumstances. Then they barricaded themselves into Sandy Hill Fort, a small and at that time already over 150-year-old fortification built by the Dutch atop Sandy Hill.

Just then, on the horizon, barely visible through the smoke, a 28-gun Enterprise-class Royal Navy frigate appeared. It was the HMS Lapwing who just happened to be in St. Kitts at precisely the right time to receive the cry for help from that nameless boat.

Feeling their work was done, the French decided to flee to their ships and cast off for the short sail home. Captain Paget Bayly of the Lapwing, however, had other plans. He gave chase.

As the three ships approached St. Martin a sea battle broke out. Cannons capable of hurling 12-pound balls of destruction thundered across the Anguilla Channel. Although she was outgunned (50 French guns to her 28), the Lapwing pounded the French ships. The Décius lowered their French colors and surrendered, but the battle raged on until the Lapwing was able to drive the Valliante aground on St. Martin.

Seeing her opportunity, the Lapwing came about and with an explosion of cannon fire the Valliante was reduced to splinters.

Looking to the sea

Anguilla was saved… But the damage was done.

The agricultural industry that had thrived on the island was left smoldering under the Caribbean sun. It never recovered. By 1821, with no industry, the island fell into poverty.

Not once, but twice — in 1832 and 1843— it was recommended that the island be abandoned with all the residents resettled to Guyana and Trinidad.

But Anguillans are stronger than that. If the land wouldn’t provide, they would take to the sea.

The island became proficient in boat building and fishing. They sailed ships all the way up to Nova Scotia, trading goods from across the Caribbean. And as sailors do, they shared knowledge. Sure Anguilla was still a poor island, but it managed, and its sailing techniques advanced rapidly.

The race to work

At the turn of the 20th century, while Anguilla still toiled in poverty, the Dominican Republic was also bankrupt. It was so bad, control of the country was slipping back into European hands. To keep that from happening, the United States began investing in modernizing the Dominican sugar industry. Plantations there began to thrive.

There was just one problem. They needed cane cutters. Lots of them.

Luckily, many impoverished islands in the Eastern Caribbean had the men. They just had to get to the Dominican Republic by spring when the cane was at its sweetest.

By British law, they could pack on one man for every ton their ships weighed. With many schooners weighing 60 to 90 tons, that meant a good amount of people. But with a quick stop at their old frenemy, St. Martin, where there were no such laws, they could pack on even more passengers. Practically every man on Anguilla would make the journey — either as migrant worker or sailor.

So, every January with about 200 men in incredibly cramped conditions, they’d set off for Santo Domingo. On a downwind run, they could make the journey in just four days.

That was the easy part.

It was coming back that was the challenge.

The return trip in July would be upwind. It would test the skill of every captain to get their passengers back as quickly as possible. And as an extra incentive, these captains knew they could charge a premium for getting these men back to Anguilla first.

So, the race was on!

Weight distribution, tactics, sailing skill, and yes, cheating; these captains did everything they could to get the men back to Anguilla as quickly as possible.

Meanwhile, back home as summer wore on, all the women, children, and seniors of Anguilla would begin staring out to sea looking for that first ship to appear on the horizon. When it did, everyone would head down to Sandy Ground to root for their favorite ship to bring their favorite man home.

The ships from this time, like the Ismay and the Warspite, are legend. The men who captained them, national heroes. The Ismay even appears on a stamp!

It was this golden age of Anguillan racing that is the direct ancestor of the races today.

Experiencing the Anguilla Day Boat Race for yourself

Nowhere else in the world is the national sport sailboat racing, so you know the Anguillans take it seriously. Recently, I was lucky enough to see and experience just how seriously by joining Kenroy Herbert on his chase boat for the Anguilla Day ‘Round the Island race.

Now, the first thing you need to know about Kenroy is that he’s from the village of South Hill, which means he’s born into backing Sonic, the official boat of his village.

The second thing you need to know about Kenroy is that he’s such a devoted fan that his business, Leviticus Lifestyle & Travel, a local tour operator dedicated to making travelers’ dreams come true on Anguilla, is the primary sponsor of Sonic.

So, to say he had some skin in the game is an understatement.

It’s one thing to watch the races as a visitor. It’s quite another to watch and experience it with Anguillans like Kenroy who are so invested emotionally in the outcomes.

And so we set out under a bright Anguilla morning.

The action was nearly constant. Tacks, tactics, questions about courses, team members moving about the boats, one person continually bailing the bilge…

You have to understand that these are open deck boats, so the team sits directly on the ballast, in this case, sandbags and lead! Not terrible when you’re on a course for a while, but a little hectic (and potentially deadly) when performing maneuvers…

In the event of a capsize, these boats have been known to sink like, well, lead, and drag their sailors down with them.

In fact, during the race that day there was a capsize early on. The boat disappeared under the waves so quickly we couldn’t even make out which contender it was! We had to count all the remaining racers and, through process of elimination, figure out which vessel now rested on the seafloor. Luckily, no sailors were hurt.

The race remained tight as we approached Scrub Island. This is the part of the race when the majority of the chase boats and party barges take a breather on the beach. Obviously, with Kenroy keeping track of every detail of the race, we wouldn’t be stopping… And neither would Sonic.

Sonic used the opportunity of cutting through the channel from sheltered waters into the rough waters of Windward Point Bay to make a break for it. In four-foot seas, with water spraying everywhere, she took the lead and never looked back.

Cruising past Tequila Sunrise Villa and on down to the ferry terminal, Sonic increased her lead. As she rounded Anguilla’s western tip, it was a wrap. She’d run away with it!

I remember looking over at Kenroy, and he betrayed not an iota of pleasure or confidence. For him, it wasn’t over until Sonic crossed that finish line.

With Sonic and the pack approaching Sandy Ground, we shot ahead and positioned ourselves at the finish line.

As we watched Sonic make for the finish, Kenroy could have been cheering for a photo finish! Arms in the air, shouting, jumping, waving — this was it!! It was infectious. I joined in the cheer right to the end.

Sonic won. Joy poured out. Cheers went up all along the sands of Sandy Ground.

The spectacle wasn’t over with the winners, though. Everyone waited for all of the boats to finish, cheering every single one just as they had Sonic.

Sailing in Anguilla is serious, but it’s not mean-spirited. There’s lots of good-natured ribbing, but in the end, these races, which happen throughout the year, are the best of what Anguilla is all about: the harnessing of the island’s natural splendor and the talent of its inhabitants to create world-class, unforgettable experiences.

A day out on the water following along on race day is really a thrill. If my words aren’t enough to convince you, take a look at this video of what I saw that day:

To take in sailboat racing in Anguilla and experience Anguilla’s history in action, check out the calendar of events, pick your village to back (maybe consider South Hill), and get ready for a day like no other. And if you’d like to experience a race as I did with a boat rental and more, give Leviticus Lifestyle & Travel a call.

See you on the water! 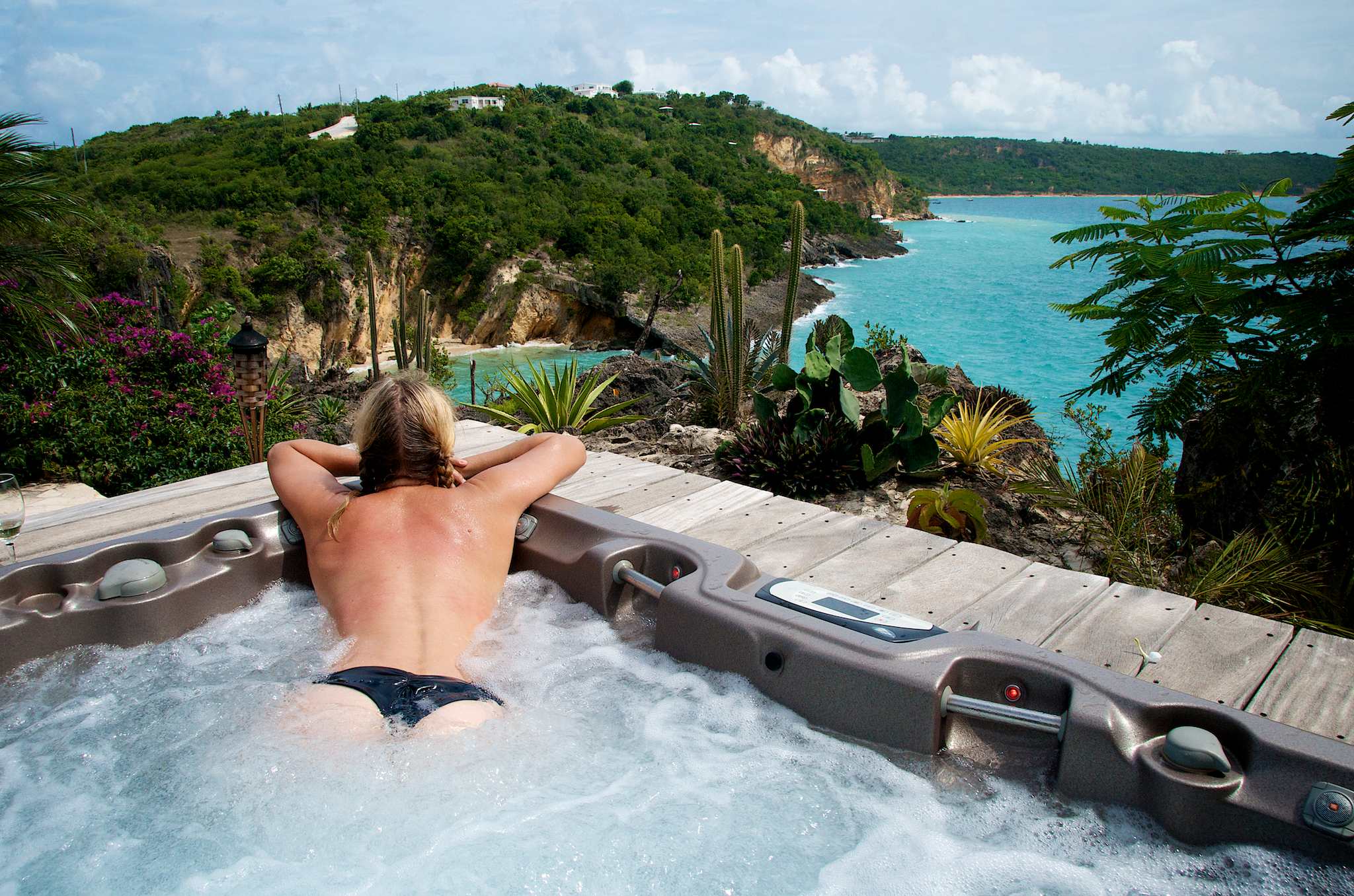 Chilling in the Hot Tub at Ani Private Resorts, Anguilla

Nothing spells relief like a dip in the Ani Private Resorts hot tub – perched on the edge of a cliff overlooking secluded Little Bay Beach, Anguilla.
134
Shares 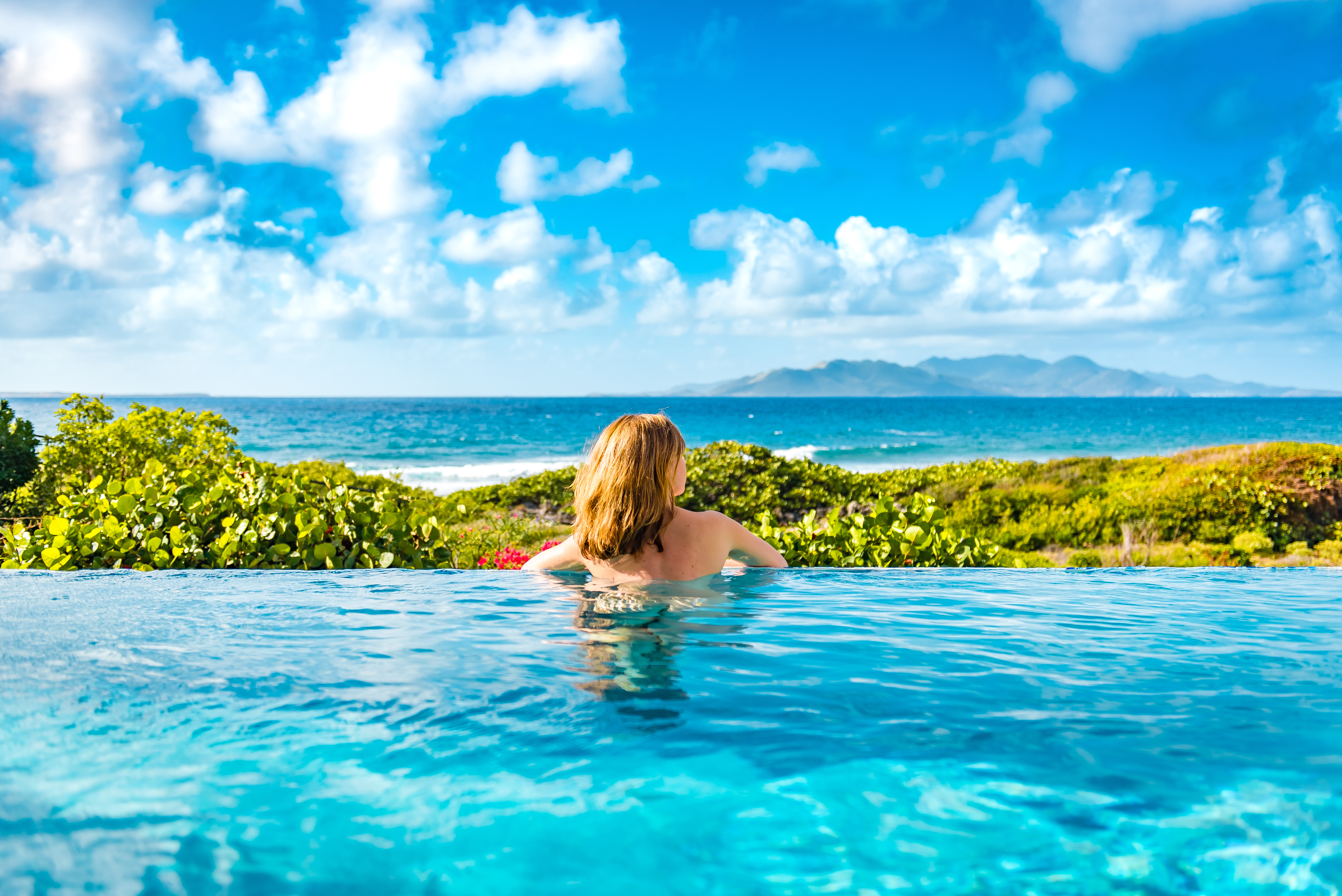 Tequila Sunrise Villa Pool for a little me time in Anguilla

Exploring Anguilla is tremendously rewarding, but sometimes you just need a little me time. As you can see, the Tequila Sunrise Villa pool delivers.
5
Shares 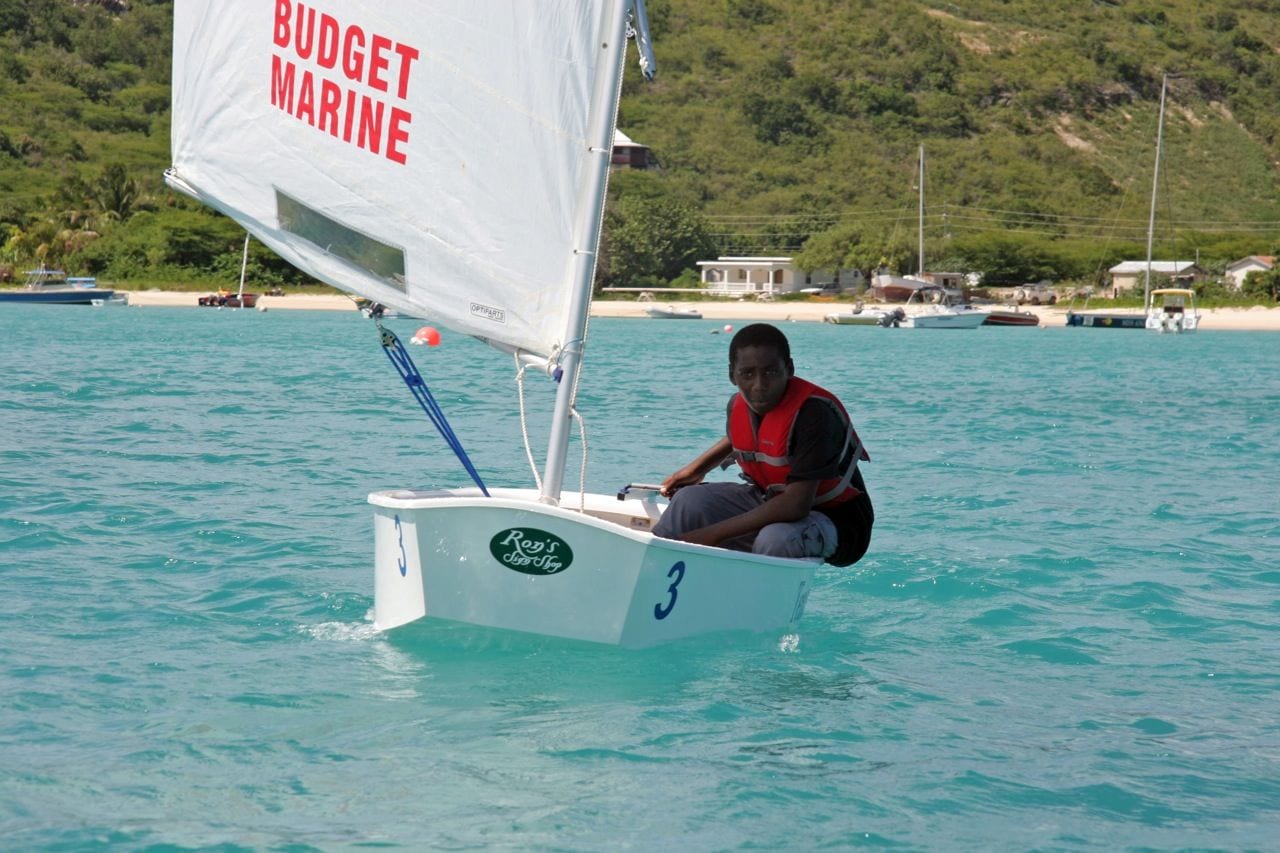 Learning The Ropes of Sailing in Anguilla: Wish You Were Here

They start 'em out early on the waves learning to sail in Anguilla, ensuring that the island's national sport of boatracing continues for generations to come.
298
Shares
Send this to a friend