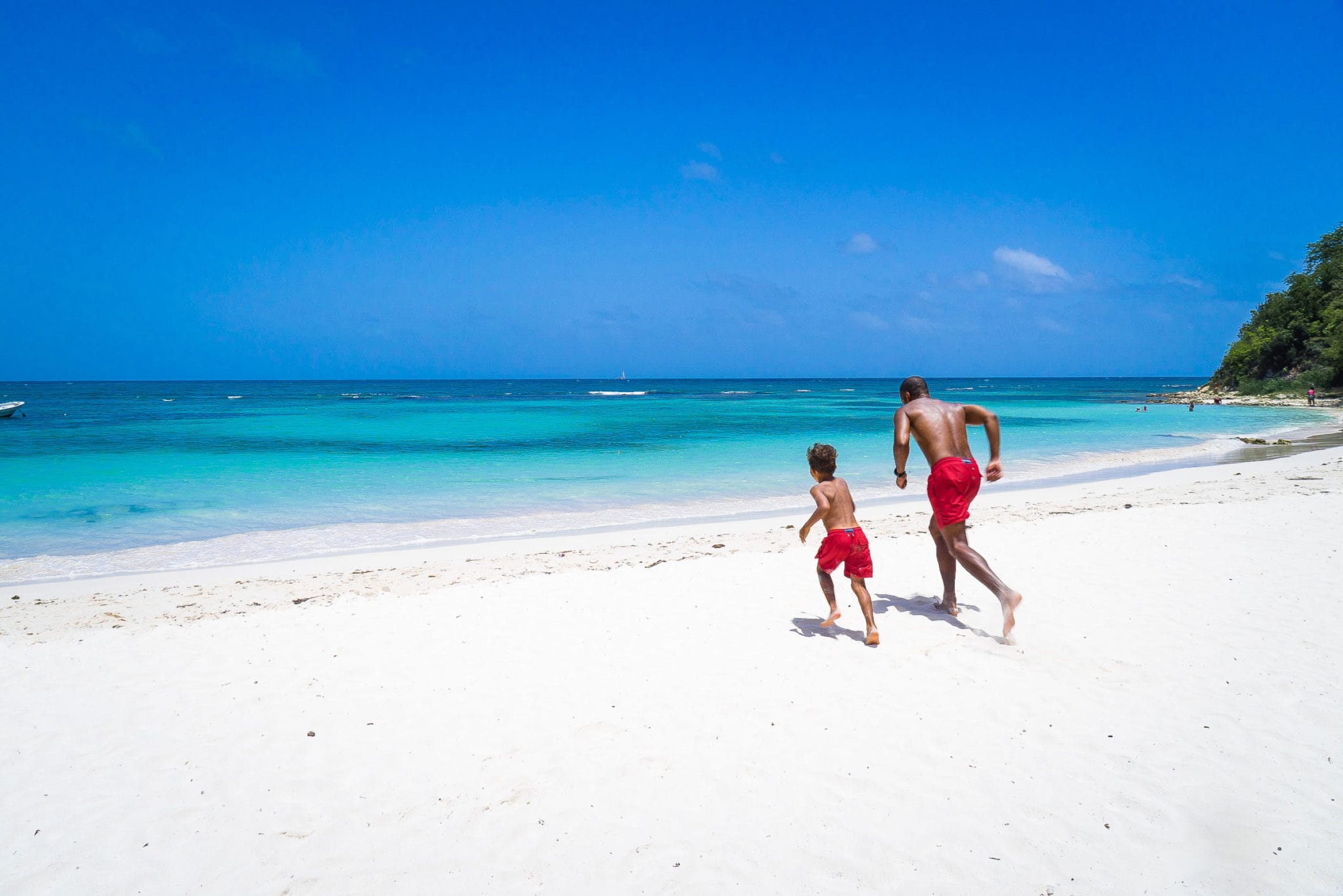 If there’s one thing all fathers figure out eventually, it’s that the word “father” is much more of a verb than a noun. Teaching, setting an example, coaching, providing, transporting, disciplining, inspiring, and on and on — being a father isn’t something you become, it’s something you do. And do again and again. And basically, never stop doing. Plus, if your kids are anything like my boys, then they’re likely to reserve the vast majority of their appreciation and affection for their mother.

Short races on a long beach.

Do that thing that needs doing, now. Put in all your effort. Get it done. Wipe yourself out. Line up the next thing. Do it all again.

But don’t forget to look around once in a while to remember that you’re in paradise.

(And also never let the kid win a running race… Until you can’t help it anymore.)

Deep Bay Beach Antigua has water that's spectacularly gin-clear and absolutely flat, more akin to a pool than anything attached to the sea.
480
Shares
🇦🇬Antigua

Taking it all in on Long Bay Beach, Antigua

Picture yourself on the soft sands of Long Bay Beach, Antigua — the sparkling Caribbean sea lapping lightly at your toes.
60
Shares
🇦🇬Antigua

Crescent-shaped, with white sands, a shipwreck, a fort, and the perfect angle for sunset — Deep Bay Beach, Antigua is one of my favorite beaches.
1
Shares