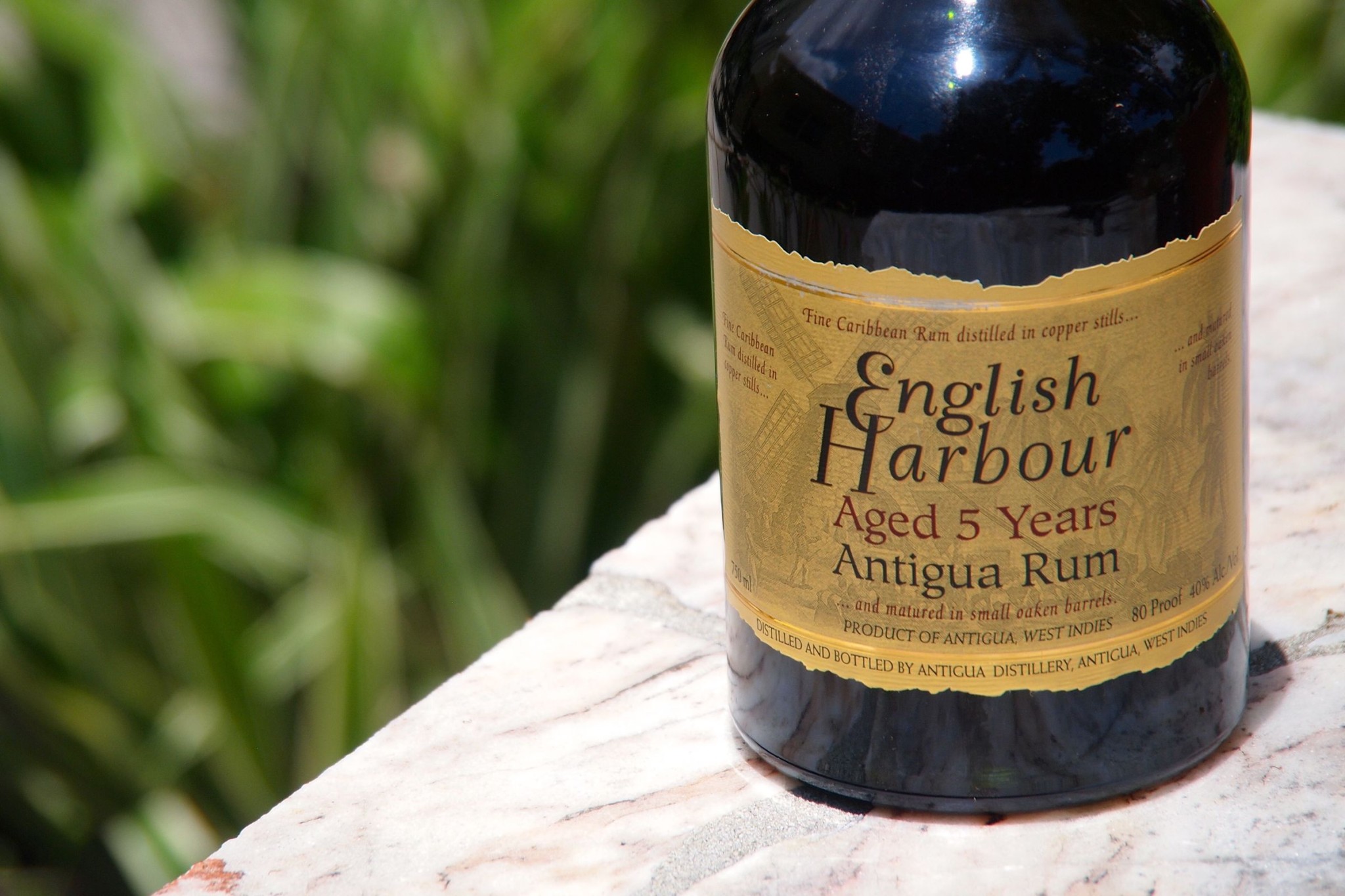 Editor’s Note: Uncommon Caribbean has long been a fixture at the annual Miami Rum Renaissance Festival, for obvious reasons, but this year we missed all the rum fun in favor of a return visit home to St. Croix. Thankfully, though, our rum-loving friend Jesse Serwer, editor of LargeUp.com, was more than happy to fill in for us. In the coming weeks, Jesse will share his observations and critiques on a bunch of fine blends that caught his attention during the show. First up, Antigua’s English Harbour Rum…

The Miami Rum Renaissance Festival is a good place to find out about new rums, and an even better one to sample those that have been around, but which you didn’t even realize were on the market. One such find for me at this year’s edition was English Harbour’s 5-Year and 10-Year reserves, as well as their richer sibling, the 1981 Vintage.

The molasses-based rums (named for the body of water and village at Antigua’s southernmost extremity) are produced by Antigua Distillery, the same company that also makes Antigua and Barbuda’s most popular dark rum, Cavalier, as well as Nut Power—a peanut-flavored rum cream made with the tree bark (and reputed sexual stimulant) known as bois bande. Unlike those products, the reserves and 1981 Vintage are exported to the US, UK and elsewhere.

Let’s start with the “cheap” stuff. The English Harbour 5 Year Reserve sells for $25-$30 but that doesn’t mean it’s run of the mill. Anything but. In fact, it seems to rack up awards like Lebron James at the end of the season. Forbes Magazine named it to its list of the 10 most remarkable rums a few years back. It’s also won the “Double Gold Medal” at the San Francisco World Spirits Competition in multiple years. The lightly colored rum tastes faintly of coconut, vanilla and spice, flavors which unlock beautifully with some ice.

The 10-year Reserve is a blend of dark, 10-year-and-older aged rums in barrels formerly used for Kentucky bourbon, which gives it a nice sweetness and, of course, smokiness. It retails in the US for an average of $119— though you can get it for about half that much at the V.C. Bird Aiport on your way back from Antigua.

The real find, though, is the 1981 Vintage, which was distilled in that year (like the 10-year, in bourbon barrels) and decanted and bottled in 2007 in a total, one-time production run of 5,712. Antigua Distillery has let just 600 bottles of the stuff out to the public each year ever since, making this a much sought-after find that justifies the the $400 price tag. Not cheap, but nothing this smooth ever is.

Check out more of what Jesse has to say about rum, Caribbean music and popular culture at LargeUp.com.

Bambu White Rum is from Antigua, and if you’re as partial to vodka as my wife is, then it’s the perfect addition to your rum drinks.
13
Shares
🇦🇬Antigua

English Harbour 1981 is "Balanced." Not too oaky from the extended aging. Vanilla, nutmeg, allspice, and toffee expertly offset by the aged oak notes.
49
Shares