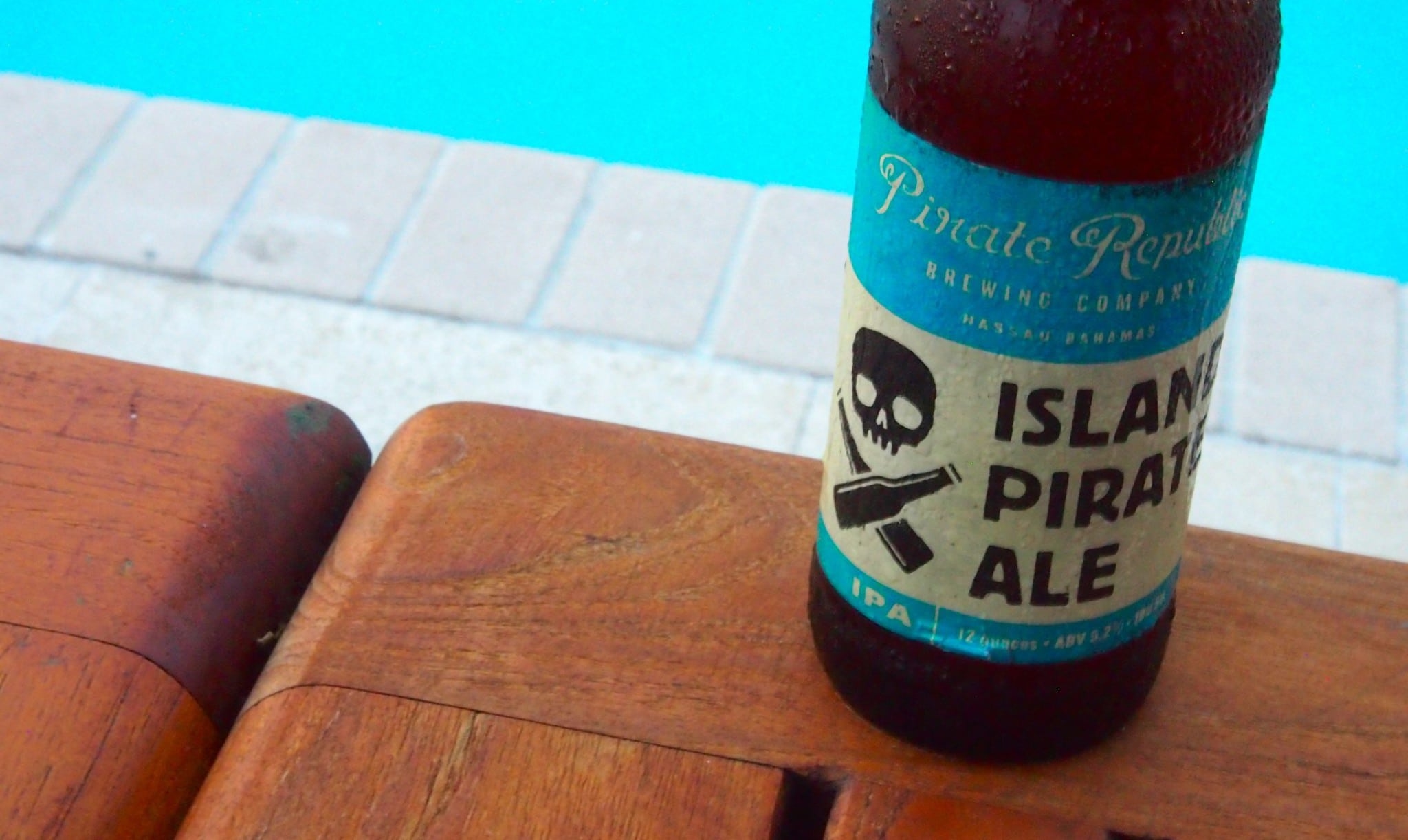 My new friend Anthony stared back at me, utterly dumbfounded. In his hand, an ice-cold Island Pirate Ale. His cherished reward after another exhilarating day of bonefishing in the fertile waters around Deep Water Cay. I’d never come across the brew, so was anxious to get a taste.

Then I saw those three infamous letters on the label…

Instantly, I recalled a recent news story I’d read about all the estrogen in hops and the potential that extra-hoppy IPA’s carried for adding some heft and sag to a man’s chest.

Anthony wasn’t too happy about the news I’d just shared.

After trying Island Pirate Ale, it was easy to see why. 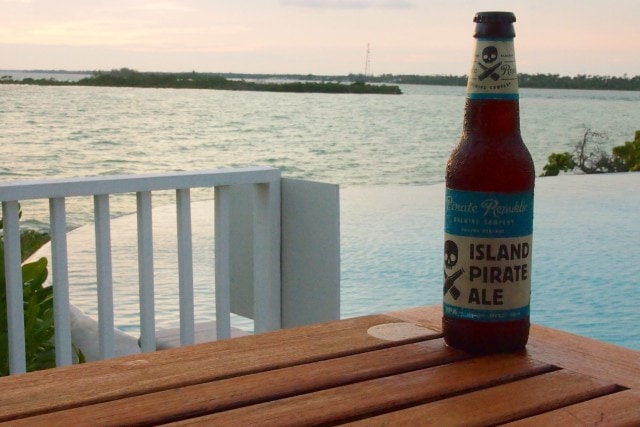 Island Pirate Ale is one of five new brews launched about a year ago by Pirate Republic Brewing. The enterprise, headquartered in Nassau, is heralded as The Bahamas’ first craft brewery.

At the time of their launch, though, Pirate Republic beers were more Bostonian than Bahamian. The company had a contract brewing partnership with a Massachusetts-based brewery. This past spring, though, the entire Pirate Republic production was brought to Nassau. That makes these beers as truly Bahamian as my other favorite Bahamas brews.

Island Pirate Ale’s Bahamian chops are instantly apparent upon first sip in the form of some tangy citrus notes. (Could that be switcha in there?) They worked to dial down the hoppiness a bit to me. An easy-going 5.2% ABV, medium-light body, and an ultra-smooth finish ensured that this pirate adventure would be a short, yet very satisfying one.

Hmmm… I think I’ll need another taste before I can answer definitively. For that, I’ll have to head back to Nassau as distribution of Pirate Republic beers remains limited elsewhere in the islands. If you see ’em anywhere along your Bahamas travels, let us know where and if/how you like ’em in the comments section below.

Bush Crack Beer is a light and easy-drinking Caribbean beer from the Bahamian Brewery that marries 5.9% alcohol by volume with an inexpensive price.
77
Shares
🇧🇸Bahamas

Strong Back Beer: The Manly Bahamas Stout Made Just for Girls

Strong Back Beer does give you a strong back so you can go all night! Or so I was told recently while on Grand Bahama Island.
48
Shares