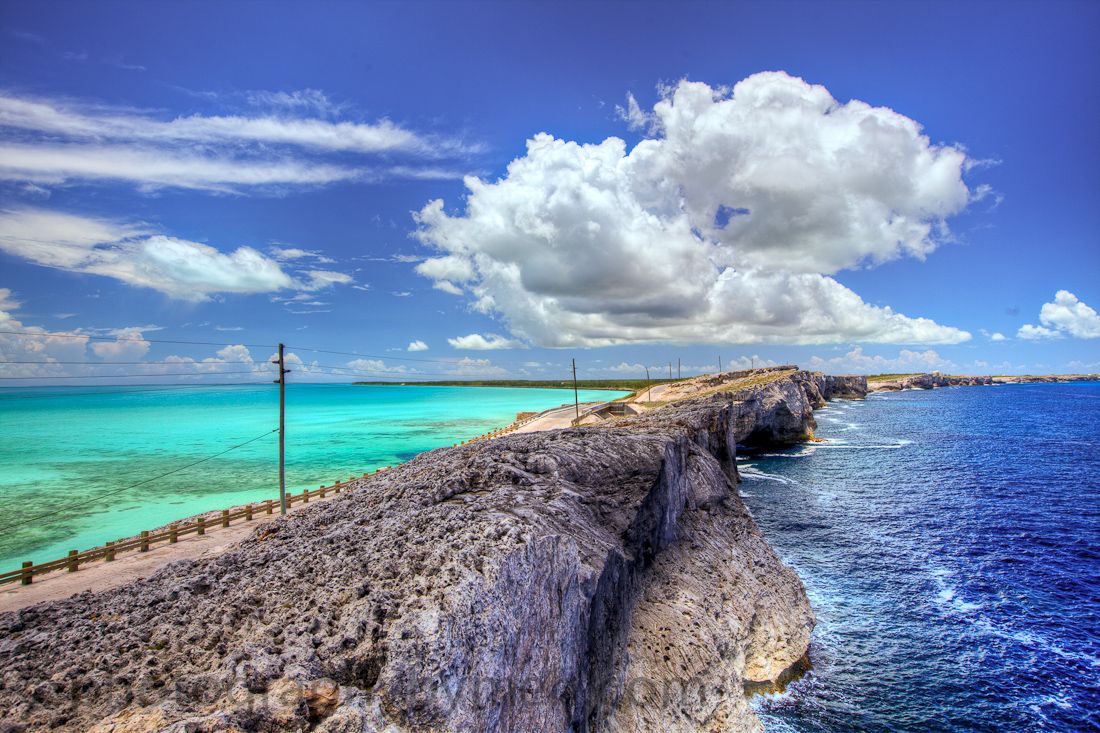 We’ve said it before, though it never gets old: amazing things happen where two bodies of water come together…like at the Glass Window Bridge in Eleuthera.

Known popularly as the “narrowest place on earth,” you can find the bridge on the northern end of Eleuthera Island just a bit up the road from Gregory Town. The man-made bridge found here these days replaces a natural rock one that was washed away with a hurricane some time ago, though not before inspiring celebrated American landscape painter, Winslow Homer, to capture its beauty on canvass in 1895 and supply the area with its “Glass Window” name.

As is the case at Scotts Head in Dominica, visitors to the Glass Window Bridge can see both the deep dark blues of the churning Atlantic Ocean and the lighter turquoise of a more shallow and dramatically calmer body of water all in one spot. The difference here, though, is that you get to see the disparate seas meld together through the aptly named Narrow Passage over which the Glass Window Bridge extends.

It’s quite a sight, as you can see in the video below…

Most any idyllic stretch of sand and sea located most anywhere in the tropics compels us all to do just that, few places more so than Lighthouse Beach...
1.3K
Shares