Carlisle Bay Beach is a beautiful crescent of sand found just south of the urban center of Bridgetown. Hotels empty their vacationers onto her sand, cruise ship buses add to the masses, and the best place to get lobster on the entire island, Lobster Alive, feeds her throngs. But for the uncommon traveler, it’s not what’s on the sand that’s special, it’s what’s under the waves: The Carlisle Bay Barbados Shipwrecks.

First, there’s the 20ft Berwind. As the story goes, this French military ship came into port for a short stay, but Barbados being Barbados, the sailors enjoyed themselves so much once they’d come ashore that they didn’t want to leave. Allegedly, the captain said “over my dead body and a sunken ship,” so they took him up on the offer. Sunk by her own crew in 1919, the Berwind has been down there becoming a new home for coral and other sea life for nearly 100 years!

Then there’s the ill-fated Canadian Cornwallis. This tragic ship was the victim of a German U-Boat torpedo during World War II, but that first torpedo didn’t sink her! Nope, she was taken ashore, repaired, and relaunched… Only to be torpedoed a second time! (It’s said, by the same German U-Boat.) Though the Cornwallis originally sunk further off-shore, she was moved into Carlisle Bay when the marine park was set up.

The 110ft Eillon out of Columbia is the stereotype of the bunch: a drug runner that was stuffed to the gills with contraband when Barbados authorities seized and searched her. Once in hand, the authorities didn’t really know what to do with the ship, so they kept her tied up for a number of years before simply sinking her in 1996 to add to the park. Want to spice up your five wreck dive? Try swimming into the large hold of the Ellion. There are even air pockets in there you can pop your head into!

The 45ft Ce-Trek has probably the most unremarkable story: it was ugly. Basically just a hunk of junk made from cement and sunk in 1986. But while it was unlucky in life, it’s found new fame with marine life in death.

The Bajan Queen has also had a number of lives. Her initial one was as Barbados’ first tug boat back in the 60’s helping larger vessels navigate Bridgetown Harbor. As time passed and she became outdated, the Bajan Queen got a new lease on life when it was converted into a popular party boat! Ask any Bajan of a certain age about the Bajan Queen and they’ll be sure to have stories of fete after fete attended upon her decks. Finally, the party had to end and she was sunk in 2002 to join the others in the marine park.

There’s a standard course to take through the sights found on the seafloor in Carlisle Bay, but that doesn’t mean you won’t be surprised by a bunch of friendly turtles, majestic rays, or curious barracuda. The water is crystal clear, fairly shallow, and guaranteed to deliver exceptional sea life sightings. There’s also a mixed bag of other seafaring relics littering the area like old anchors and cannons.

As I said, Carlisle Bay is popular with just about everyone who visits Barbados and you can even “do” the wrecks with just a snorkel, but to get the full experience, I highly recommend going the extra mile and getting below the waves.

It’s an easy dive, but one you won’t soon forget. 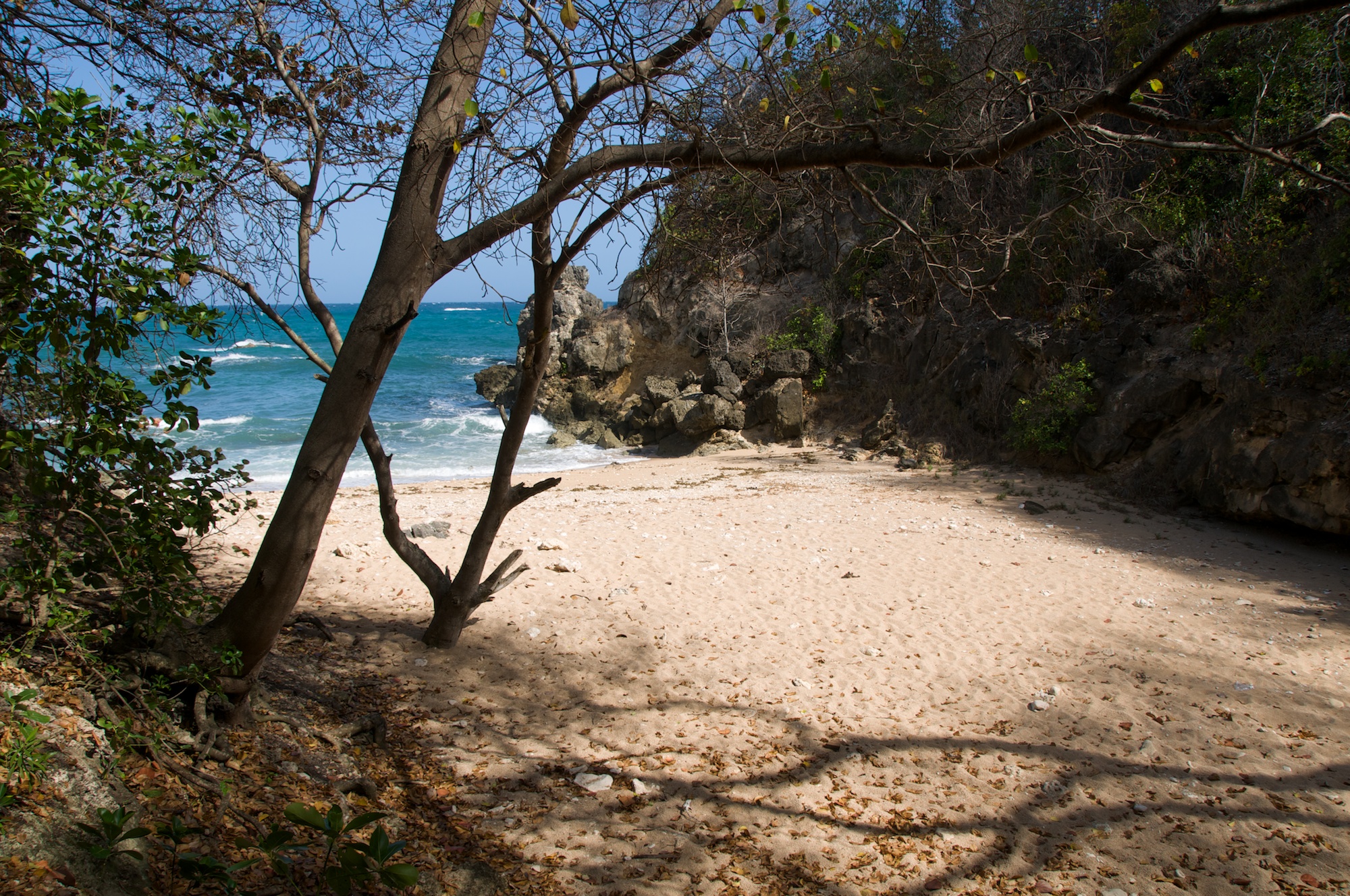 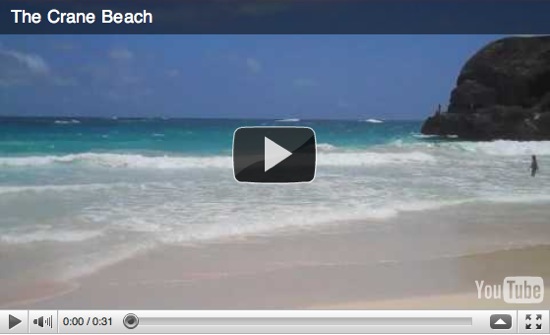 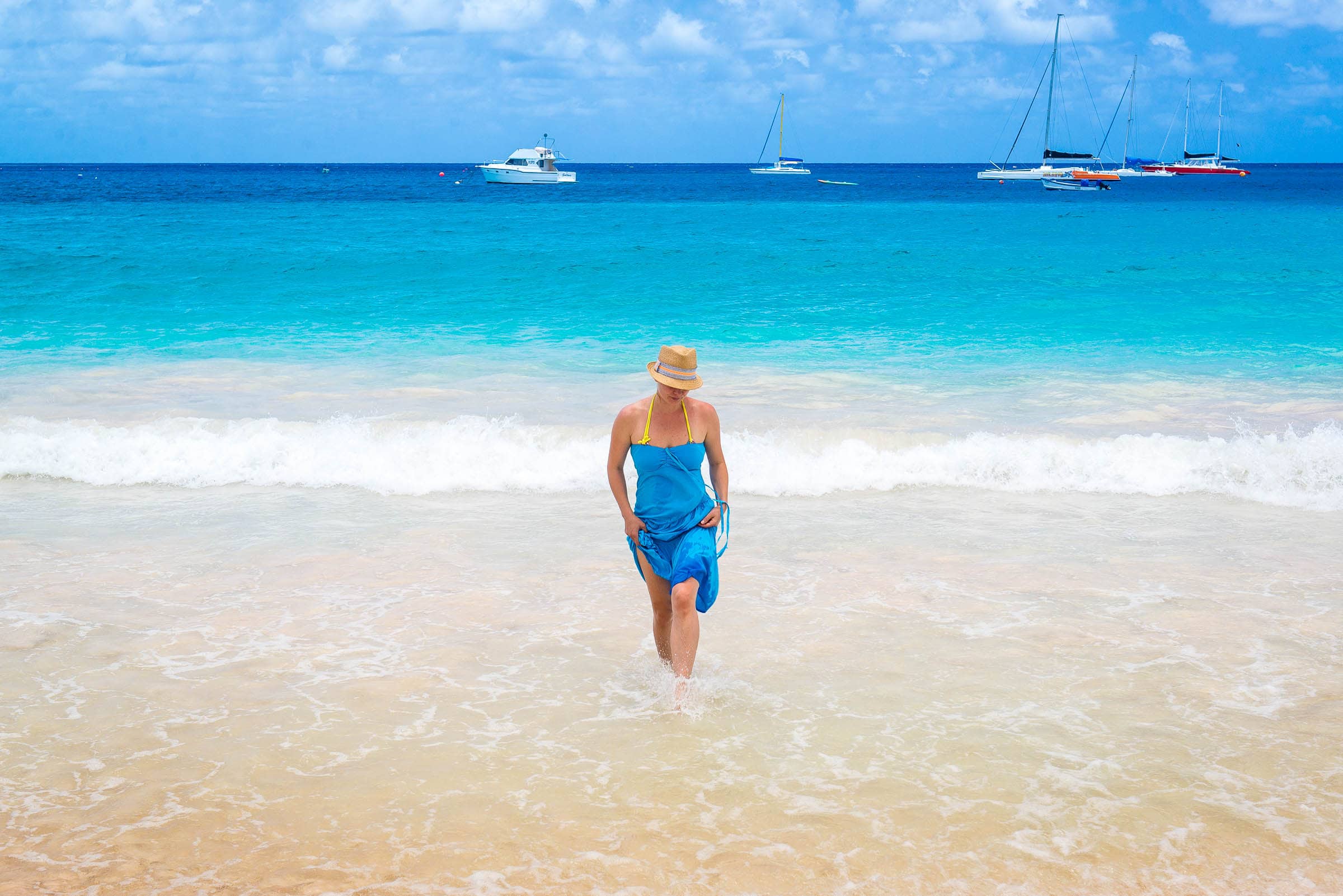 Testing The Waters at Carlisle Bay: Wish You Were Here

Carlisle Bay is a big beautiful bay where the uncommon traveler can find fresh lobster, great Trini cuisine, and awesome SCUBA diving.
426
Shares
Send this to a friend