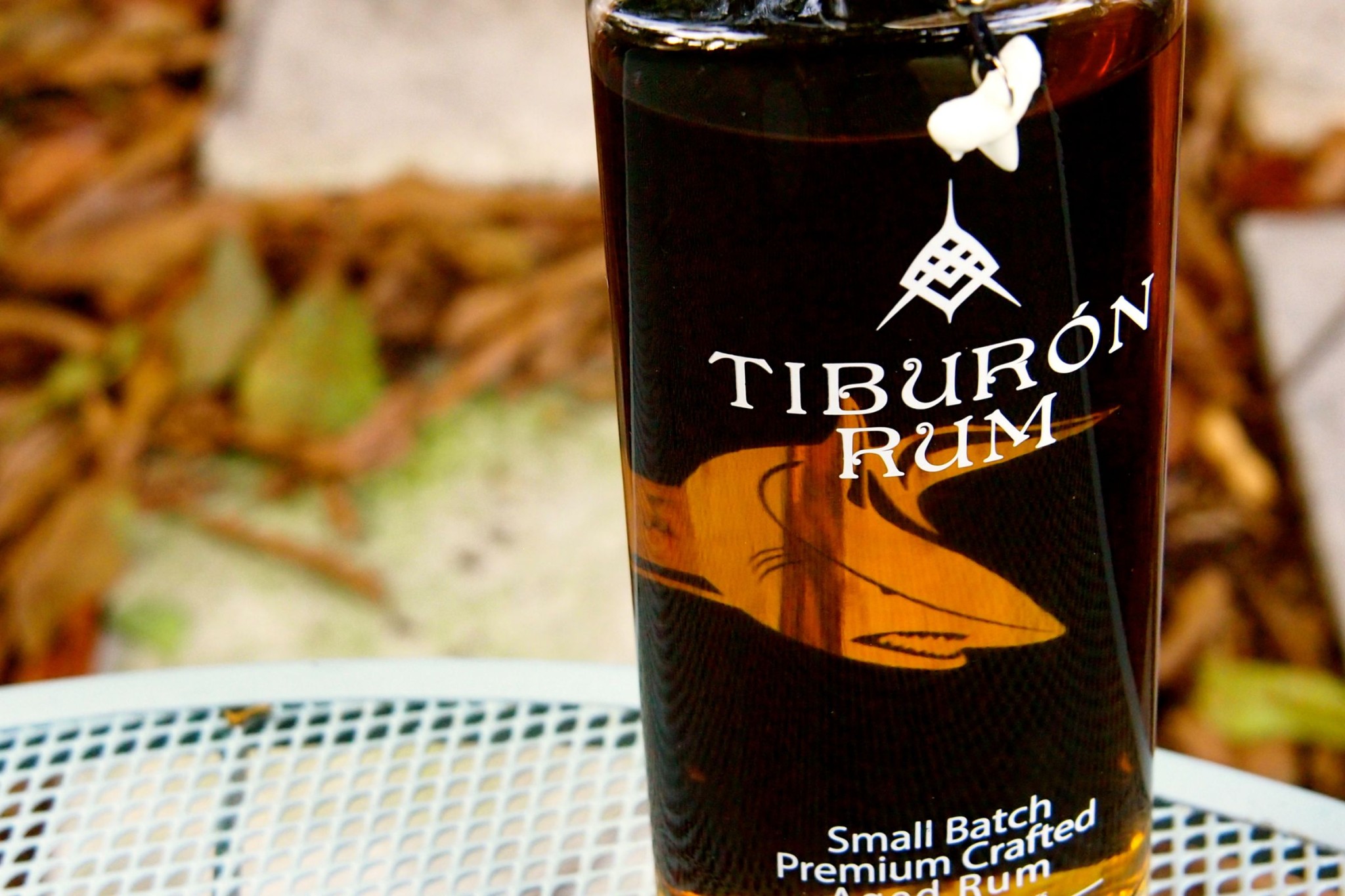 I’ve yet to visit Belize, a hole in my Caribbean travel game that her rums have done precious little to entice me to fill… until now.

Ladies and gentlemen, I give you Tiburón Rum, the latest (and to me, greatest) ron de Belize!

I got my first taste of Tiburón at the 2014 Miami Rum Renaissance Festival, as good an event as any annual rum soiree in our part of the world to discover new and exciting blends.

I was initially drawn in by her stylish bottle; tall, strong, and sexy even with the superfluous faux shark tooth dangling around her neck. There was just something alluring about the serpentine shark lurking behind the rum, the key terms “Small Batch,” “Premium Crafted,” and “Aged Rum” conspicuously noted beneath.

Taken together, her whole look smacked of something new, particularly the shark logo above the name. At the same time, though, the bottle carried an air of quality and refinement that can only come from someone’s personal pride and passion for their product. That person: Basil DeStefano.

A finance and insurance ace from Chicago, DeStefano fell in love with Belize after countless scuba excursions there in recent years. He loved Belize so much, in fact, that he decided to launch a new rum that fully embodied the spirit of the country. 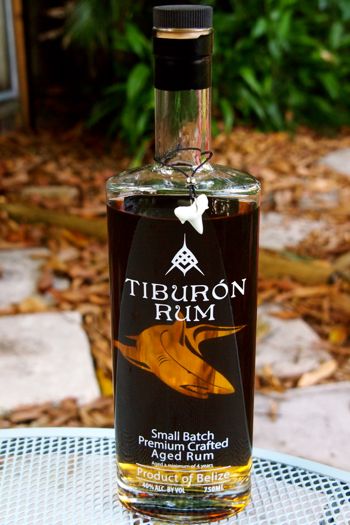 Ron Tiburon from Belize by way of Chicago | SBPR

I have no doubts that Tiburón is sourced from the same Traveller’s Liquors distillery that produces 1 Barrel, but that’s all that these rum cousins seem to have in common.

Okay, the golden-blonde color is quite similar as well, but Tiburón’s aroma is softer, more pleasing and welcoming.

On the tongue enjoyed neat, Tiburón is surprisingly smooth with just a scant bit of burn and a dry finish that begs you to tip your glass for another taste soon after the first one fades away. Hints of tropical fruit flavors (lots of banana) combine nicely with vanilla and butterscotch in this one to satisfy your flavor cravings as well.

All of this probably makes Tiburón best enjoyed as a mixer, though personally I like it just so – no ice, nothing. Indeed, the quality is that good.

It’d be easy to think that Tiburón’s excellence is a result of the careful aging process dictated by DeStefano, one that sees his rum initially aged in American Oak whiskey barrels, then re-casked into Kentucky Oak bourbon barrels for a minimum of four years combined.

Having met the man, though, I think it’s more about him, his passion and love for his adopted home in the Caribbean…

Friday Happy Hour: Making Good on My First Attempt at Rum Popo, The Eggnog of Belize