Moonhole Bequia: A Waking Dream Made Real in The Grenadines

Moonhole Bequia is just one of those bizzare things you come across that defies everything you thought you knew. I still remember the first time I saw it. I was sailing through the Grenadines past the island of Bequia… And then, suddenly, there it was.

It just seemed so odd. Was I the only one seeing this? No one else seemed to notice there was a bizarre, stone nightmare growing out of the very rocks making up the jagged shoreline and towering into a massive hole in the high, arching cliff. After staring for a while, I grabbed the skipper of the boat I was on and asked him if he saw it too.

He did, but didn’t seem to know too much about it. At least not enough to temper my desire to explore its depths!

So, I convinced our skipper to cut the engines. I jumped into the dinghy (camera barely protected by an oversized ziplock bag) with 1st mate Nixon ready for some adventure! (Try doing that on a Carnival Cruise!)

As we motored closer, it became clear there was nowhere to go ashore easily—just slippery rocks with waves lashing against them, occasionally obscuring an army of spiny sea urchins. I wouldn’t be deterred, so we pulled up to a particularly scary patch of jagged rocks that seemed like a spot where I’d only break a bone, cut my skin to ribbons or get perforated by sea urchins if I tried to jump ashore. Nixon goosed the dinghy and hit the rocks with a thud.

I leapt for it.

A huge waved smashed against the rocks… But I didn’t!

I pulled my camera from its flimsy protection and set about climbing the rocks into the darkness. The whole thing was made of completely random looking rocks barely held together with some “artistically” applied mortar. When brand new, the collection of stone may have resembled a beautifully bizarre edifice, but time hadn’t been kind. Whole sections had been returned to actual piles of rocks blending even more into the shoreline.

Much to the chagrin of my wife, who watched from the safety of our boat, I climbed from room to room, through tight spaces and over precarious precipices capturing photo after photo of these ruins of an apparently insane architect. Uneven bay windows, jagged-edged plunge pools, a room full of rusty, old outboard motors, that weird pyramid on top, the monstrous hole in the cliff ceiling… What the hell was this place?

I didn’t know… So I went deeper.

It wasn’t until I started seeing signs of more recent life in the dark recesses that daymares of me stumbling into a bloodthirsty, smelly pirate began creeping into my mind. Very real and truly terrifying visions of my booty being plundered gave me a new sense of urgency. I made my way out of the dark, dilapidated madhouse, waved Nixon back to our dangerous landing and leapt back to safety.

Turns out what seemed like a ruined abomination to me at the time, was in fact the dream of a successful advertising couple from New York and Chicago. Like many of us running the rat race in major cities across the U.S., Gladys and Tom Johnston dreamed of a simpler life in the islands. The difference? They made it a reality by moving to Bequia—one of the most idyllic locales in the Caribbean.

After spending some time on the island, they gravitated to this special, secluded area on the western end of Bequia beneath the rock formation with the giant hole in the cliff. Due to some special interplay with the moon and the archway during the equinox, they named it Moonhole.

Tom was a former creative director at McCann, so using his arguably “distinctive” creative prowess from years in the advertising business, he began building a unique home right into the rocky cliffside. But you know how these things go: once you start a project for yourself, it’s sometimes hard to know when you’re finished.

Such was the case with Thomas and Gladys Johnston.

First they built additions, then guest rooms, then entirely separate guest homes. There were no architectural plans, no formal training as an architect, just drawings in the sand and an intention to make every structure take its design cues from the surrounding features of the rocks and land.

They covered the whole cliff top with structures that look straight out of the stone-age with no electricity (not even generators) for friends and family to live a pure ecological existence. Tom called the village a “Human Preserve”.

Can you stay at Moonhole Bequia?

But the most interesting part (especially to all you adventurous travelers) is that many of the owners of these undeniably uncommon homes rent them out! Yes, you could stay in one of these strange homes atop the high cliffs on the west coast of Bequia!

Talk about an uncommon Caribbean stay! Just take a look at this one named Moonrise.

Alas, the “building” I explored is off limits, however, due to the very real danger of large rocks frequently falling from the ceiling. 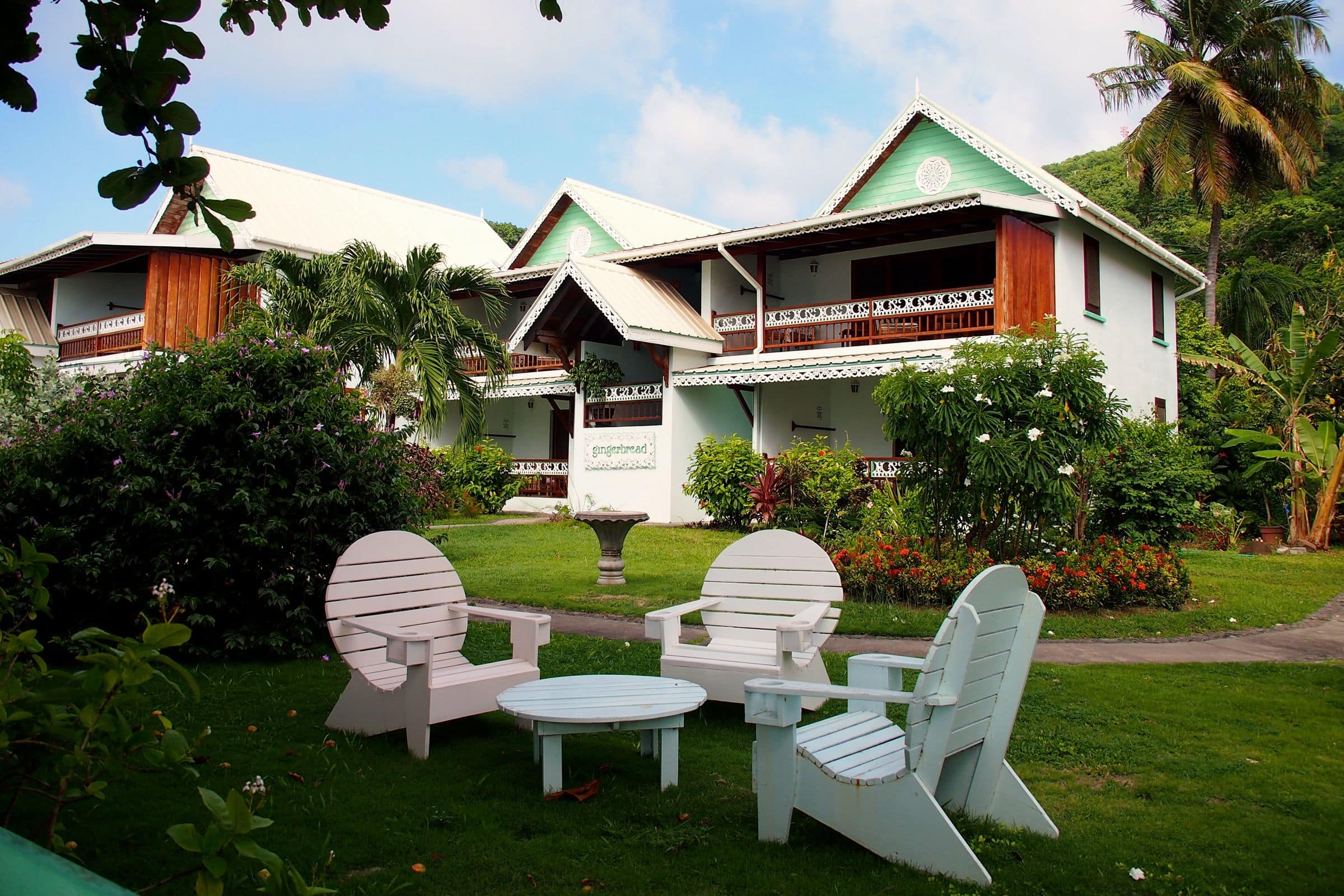 Guest accommodations in Bequia range from the sublime (Sugar Reef) to the ridiculous (Moonhole). Splitting the difference: the Gingerbread Hotel.
175
Shares 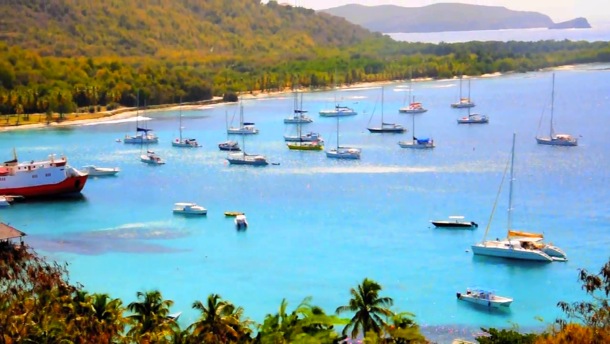 Dreaming of Bequia and Mustique

Even for those of us born and raised in the West Indies, there are idyllic sandy shores that we aspire to visit and experience some day.
380
Shares 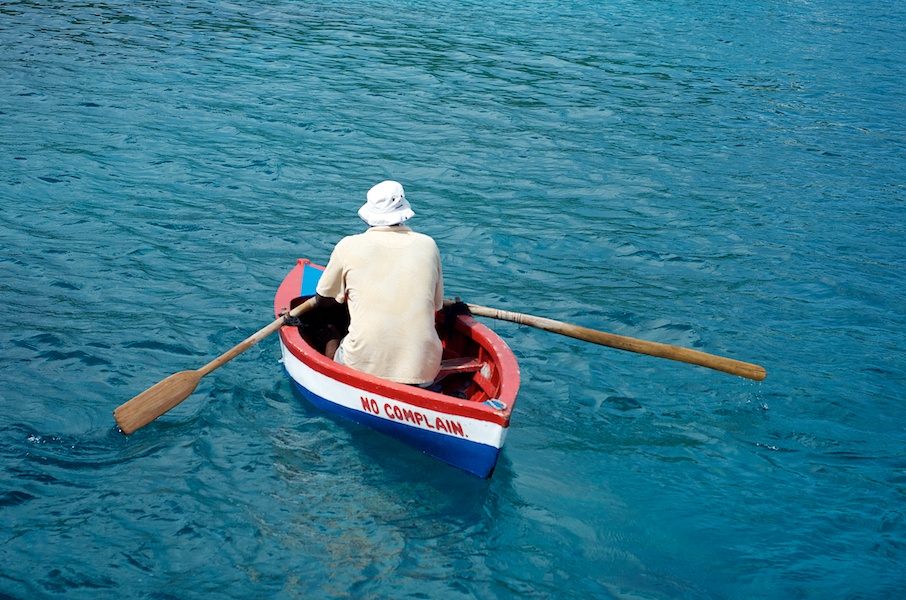 13
Shares
Send this to a friend