It’s amazing so much dispute could surround such a delectable libation like the Dark and Stormy from Bermuda. 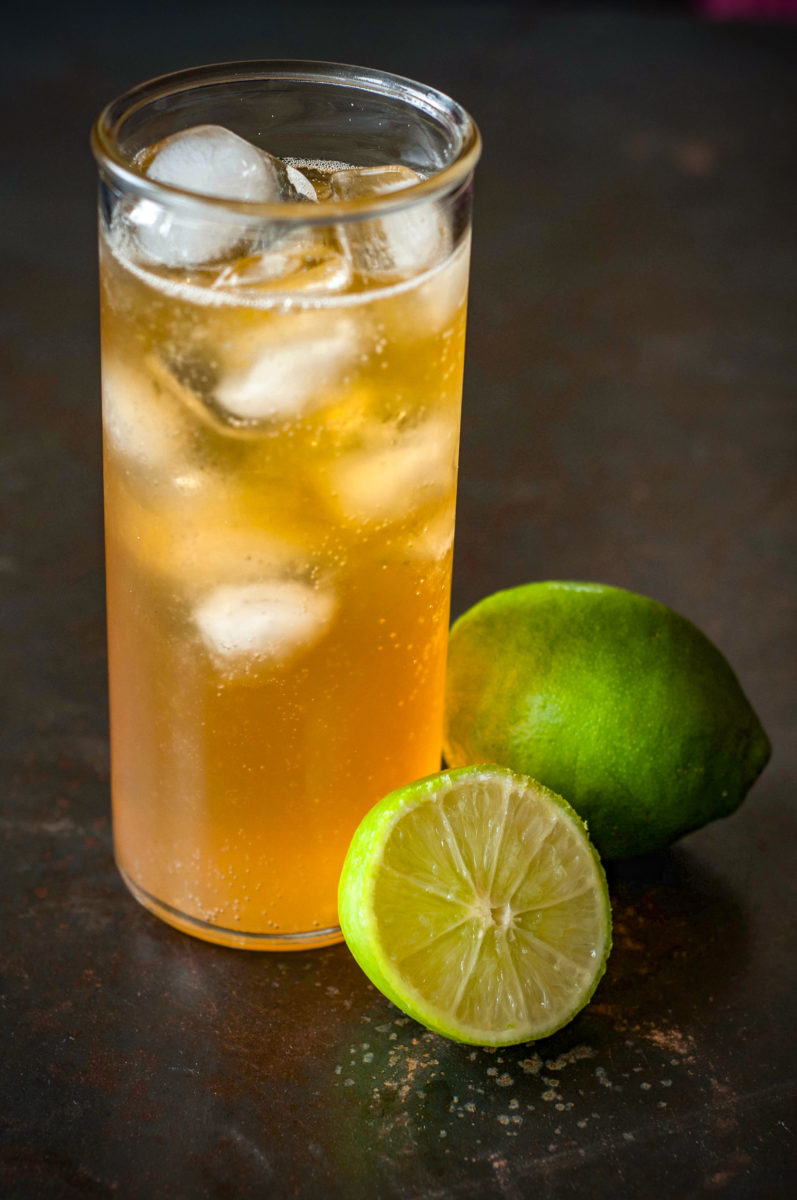 A large part of the issue surrounds the ingredients to this tempestuous cocktail. Normally, as I’m sure our resident mixologist Jesse Card would tell you, bartenders are free to use any brand of ingredient to craft a beverage unless it’s specifically in the name.

As a simple for instance, take the official drink of St. Croix: the Rum and Coke.

Now, on Puerto Rico, that would most likely be made with Bacardi. On St. Croix, nothing but Cruzan would do. On any other island, surely the local rum would be used. Of course, since Coke is in the name, that ubiquitous cola would play its role as well.

You’d expect the same with a daiquiri or pretty much any other cocktail. But Dark n’ Stormys are different… At least according to the Gosling family of Bermuda. As you can probably surmise, they own the Gosling Rum brand.

What is a dark and stormy?

Recently, Gosling’s filed two trademark certificates that dictate the specific ingredients and measurements in a Dark and Stormy. Again, you can probably guess that Gosling’s dark rum is a mandate to accompany the Dark and Stormy’s other ingredient: ginger beer. (Not to be confused with ginger ale!)

Here, again, if you were to ask any resident of Bermuda, they’d adamantly inform you that only one ginger beer will do in a Dark ‘n Stormy: Bermuda’s own Barritt’s Ginger Beer. Finally, there’s the matter of a slice of lime, lime wedge, or splash of lime juice customary in Dark ‘n Stormys across the Caribbean. In Bermuda, that would be verboten!

Yes, there is a very good chance that drink you’ve enjoyed for years is not, at least officially, a Dark and Stormy®!

Now, we’re not ones to argue with history and the Goslings have an awful lot of history on Bermuda. The first Gosling to grace her shores was James Gosling who arrived in St. George’s by accident on his way from England to America. As has happened to many travelers to an island paradise, he decided to stay.

Around 1858, he and his brother began selling Goslings rum from their store on Front Street in Hamilton, which you can still visit. At the time, they sold the rum straight from wooden barrels to patrons who would supply their own containers. A while later, they began recycling old discarded champagne bottles, filling them with rum and sealing the tops with black wax. The story goes that rum lovers soon began asking for the rum with “the black seal” and the name stuck.

How to make a Dark and Stormy®

So, in honor (or fear) of the litigious protective Goslings, we give you the official Dark and Stormy®.

Simply prepare a glass filled with ice. Add the rum and top with ginger beer (better make it Barritt’s!) to taste. No lime!

Give it a quick stir and enjoy perhaps the finest thing to ever come from the “still-vex’d Bermoothes“.

The condensing of rum cocktails into cans is not a practice I'd generally condone. Gosling's Dark 'n Stormy in a can, though, is another story.
193
Shares
🇨🇺Cuba

The classic daiquiri is light, refreshing, a little tart, a little sweet, elegant, and perfect for a hot day in Cuba. Get a little history with your recipe.
413
Shares
🇻🇮St. Croix

Caribbean rum balls with Cruzan 9 spiced rum? Get a taste for our brother's bad ass balls with an unexpected flavor that makes these absolutely addictive.
833
Shares