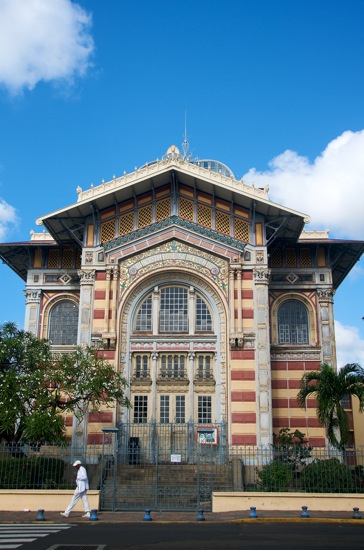 So, you had your heart set on a fabulous European vacation and now you’re thinking, ummm, not so much.

Next best option: the Caribbean.

Colonial ties to France, the UK, Spain, etc. run deep in the region, creating unique opportunities to indulge in the best of Europe under idyllic tropical conditions (i.e.: sans ash).

Where should you go to find Europe in the Caribbean? Here are 4 suggestions…

Martinique
No other Caribbean destination reflects its European ties better than Martinique. This is most evident in the area that matters most to many Europe fans: food.

Traditional French cuisine on-par with that found at the best eateries in Paris is widely available throughout the island. That’s because many of the island’s young chefs, like 25 year-old Chef Nathanael Ducteil at Plein Soleil, apprenticed in Paris under such notable culinary masters as Alain Ducasse.

Even traditional French events are mirrored in Martinique. Just as the French summer calendar always includes The Tour de France, so too is the Tour de la Martinique contested each year in July.

Barbados
From its earliest settlement in 1627 by a group of 80 Englishmen and women until its independence in 1966, Barbados remained the only Caribbean island that never changed hands among European nations. Naturally, many English traditions stuck over these 339 years, and are still practiced today. One of the most prevalent is a day at the races.

Since 1845, when British officers started racing their horses against wealthy merchants and planters, the racetrack at the Garrison Savannah has hosted Bajan horse racing. Now visitors and locals alike gather here during the three seasons – January-April, May-August or October-December – for a bit of flutter and fun. The Sandy Lane Gold Cup, held in March, is the most prestigious, but all of the sessions are worthwhile for racing fans.

Curacao
Known as the Amsterdam of the Caribbean, parts of Curacao are right out of a traditional Dutch storybook. The gingerbread architecture found throughout the capital city of Willemstad virtually mirrors that of the historic buildings lining the canals in the Netherlands’ capital. The famously bright, pastel colors of the city’s row houses, charming cafes and boutiques, and the unique Queen Emma Pontoon Bridge add to the city’s distinctly European charm. Simply put, there’s no more picturesque city in all of the Caribbean. No wonder in 1997 Willemstad was named a UNESCO world heritage site.

The Dominican Republic
I know what you’re thinking, and you’re right: the DR is a great alternative for Spain. This being Uncommon Caribbean, though, we’re choosing to focus on the German influence in the country.

Some 25,000 people of German ancestry live in the DR, the largest such population in the Caribbean. Many of them are concentrated around the small town of Sosúa, located on the north coast about 4 miles from Puerto Plata. German history here dates back to the 1938 when then DR president, Rafael Trujillo, offered to accept up to 100,000 Jewish refugees from Germany and Austria.

The DR Government provided them with land and resources, which they used to create a dairy and cheese factory named Productos Sosúa. This factory is still in operation, and is the primary supplier of the island’s deli and dairy products today. The German presence in Sosúa remains strong with descendants of the original settlers still living in the area. Sosúa has its own synagogue, a Jewish museum, and Germans in the area also run several hotels and restaurants, providing a welcome environment for anyone interested in German-Jewish culture.

So, don’t give up on your European travel dreams. Just head south to the clear skies in the Caribbean.