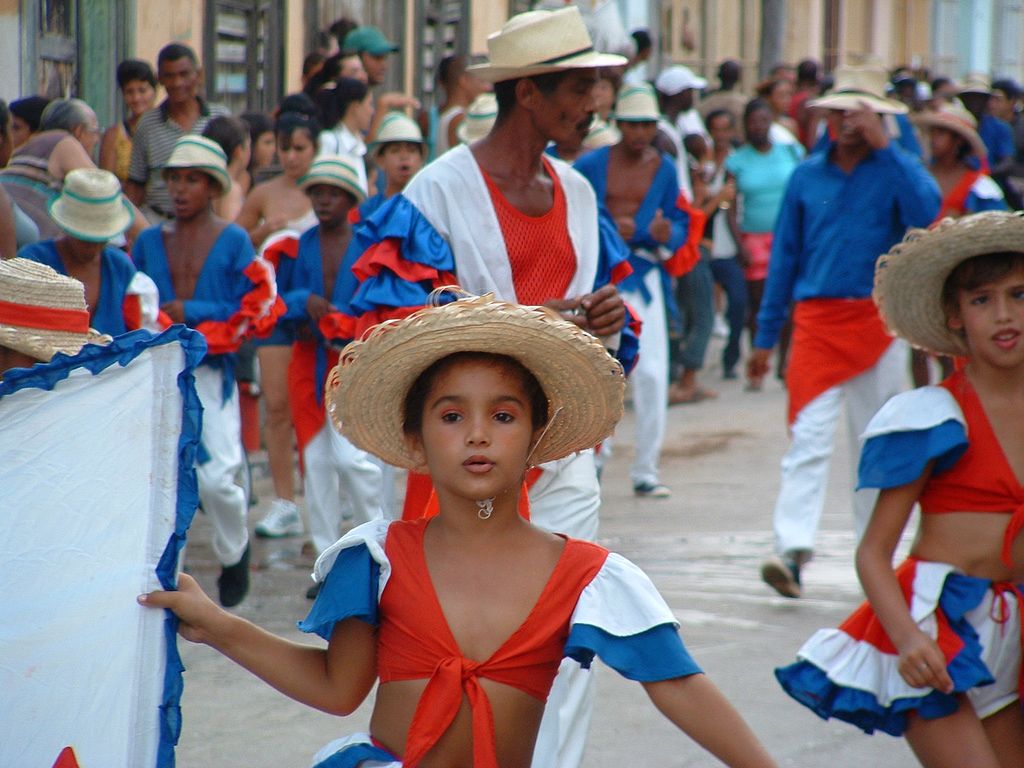 The ‘Other’ Trinidad Carnival: Uncommon Attraction

Kicking yourself because you’ll miss all the mas, pageantry, and sexy excitement of Trinidad Carnival in a few weeks? Never fear! There’s plenty of time to set plans for the other, lesser-known Trinidad Carnival coming up this summer.

Known as the Fiestas San Juaneras, this Trinidad Carnival coincides with the Day of San Juan – June 24th. Remember all the fun I had on Condado Beach in San Juan walking backwards into the sea at midnight and dunking my head underwater seven times for good luck during the Noche de San Juan festivities? That wild party marks the same sacred day in Puerto Rico as the Fiestas San Juaneras edition of Trinidad Carnival, though in many ways the locations for these fetes couldn’t be more far apart.

That’s because the “other” Trinidad Carnival takes place in Trinidad, Cuba – humus non gratta for most of us Americans.

So, what are we missing at Cuba’s Trinidad Carnival?

Well, like most any Caribbean carnival, there are parades of floats and dancers, a coronation of a Carnival Queen, plenty of rum, music, dancing, various games, contests, and such. This Trinidad’s longstanding ranching and farming heritage, though, suggests that the fete may be a little more staid State Fair than the round-the-clock risque riot that plays out annually on the streets of Port-of-Spain.

Either way, they’re both carnivals – Trini Carnivals no less! – so really, what’s not to like? Here’s hoping we get to check out the one in Trinidad de Cuba soon…