Suppose I told you there was a small, remarkably idyllic and fairly unpopulated island in the Caribbean just a short distance from the mainland United States, an island so immaculate, plans were in the works to make it a National Wildlife Refuge, an island with a beach rated as one of the best beaches in the world, an island where you could basically do whatever you wanted along its iridescent shores with little chance of being interrupted by prying eyes.

What’s the first thing you’d do?

Well, if you were the U.S. Military back in 1901 and the destination in question was the island of Culebra, you’d blow it all to Hell!

Acquired from Spain at the end of the Hispano-American war in 1898, Culebra was just a tiny speck on the map of the Caribbean with barely 500 residents. Sure it had some exports like wood, turtle oil and coconuts, but I couldn’t imagine someone as far away as Washington caring too much about it way back at the turn of the last century. That lack of connection and assorted other factors like wars looming on the horizon led to Culebra’s few residents being relocated to the far side of the island and the rest of the land being used for target practice.

And so it was, for nearly 75 years, that bombs pounded la “Última Virgen” (a nickname reflecting its position at the end of the Virgin Islands archipelago where us Bennett boys were raised). You read that right, seventy-five years! After many protests by los Culebrenses and other friends of this beautiful island like Puerto Rican Independence Party President Ruben Berrios, the Military finally ceased their arial and naval attacks… Only to move next door to Vieques!

If you grew up in the area, like Steve and I did, you can probably still remember occasionally hearing the sounds of bombardments on Vieques echoing across the Caribbean all the way to St. Croix. Eventually, the Navy was even pushed from “La Isla Nena” in 2003.

Today, mostly what remains are just some rusting tank hulks along the beach to serve as a reminder of Culebra’s 75 years as the center of a sparkling, turquoise bullseye. I took the shot that became this week’s Caribbean Wallpaper on my first trip to the island a few weeks ago. You can find this tank sporting peace symbols at the far end of Flamenco Beach for yourself sometime… Or just download this image now and bring a little peace to your desktop today. 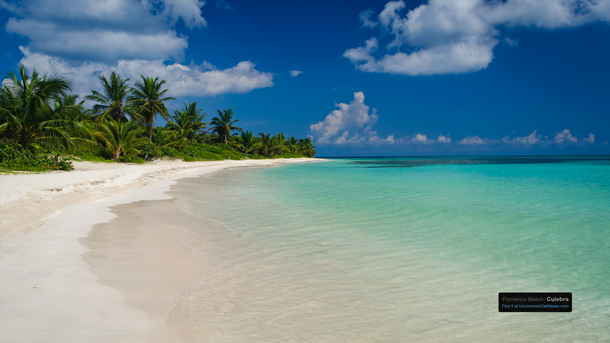 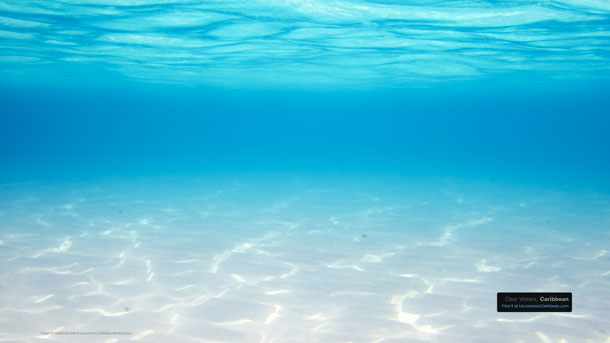 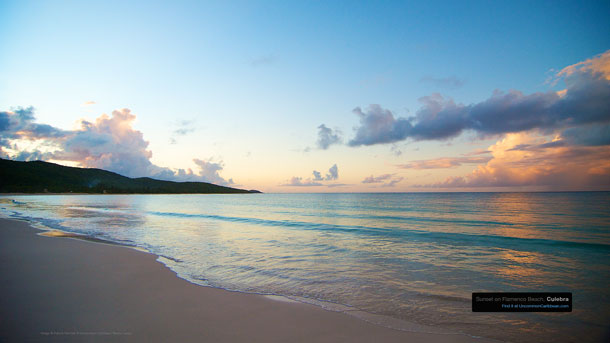 Caribbean Wallpaper Wednesday: 6 Caribbean Beaches to See Before You Die?

49
Shares
Send this to a friend