On-Site Dominica: Squeezing In One Last Hike Along The Zom Zom Trail

There’s never enough time to do all things I want to do on my travels throughout the Caribbean, especially in Dominica where it always seems there’s something new, interesting, or exciting to experience just around every corner. On the plane ride home from my first real trip here a couple years ago, I remember having strong feelings of regret over a variety of missed opportunities, most especially the hikes I didn’t make.

My surprise hike to Denier Falls had whet my appetite for trekking through the wilds of Dominica on my first full day on the Nature Island, but I never got around to making another such excursion during that all-too-brief visit. Sitting at breakfast on the last morning of my most recent Dominica trip this past February, I feared I’d made the same mistake twice.

On this particular trip, I’d arranged for a guided hike through the Kalinago Territory, a meager and easily manageable segment of the massive Waitukubuli Trail that I originally thought would be a bit more challenging. Not that it was a walk in the park, mind you, but my Kalinago Territory hike definitely lacked the random thrill and taxing physical demands of the Denier Falls adventure.

Sighing as I looked out at the Atlantic, the morning sun still low in the sky, my coffee growing cold as I contemplated the risks to marital bliss I’d invite by extending my stay another night, I resigned myself to more regret.

Then I remembered where I was.

As noted previously, the “jungle” in the name Jungle Bay is not for show. This resort really and truly blends seamlessly with its lush, tropical surroundings. You don’t just feel like you’re in the jungle when you stay here, you really are in the jungle!

That notion extends to an on-property hiking trail, the start of which can be found just a few steps from Jungle Bay’s Pavilion Restaurant, where I just happened to be sitting.

Known as the Zom Zom Trail, the trek is one long used by local fisherman. Signs at the trail head indicated that it would take 30-40 minutes in both directions. I’d be cutting it close, but if all went smoothly I figured I’d have just enough time to make the round-trip hike, get showered, dressed, packed and ready for my ride to the airport.

There was only one problem…

The Kalinago Territory hike may have been easy on my muscles, but it proved the end of my cherished New Balance Minimus sneaks. Truly, their demise was more a product of the cumulative effect of protecting my feet over my numerous Caribbean travel adventures during the past year+, but either way, they were gone. In their place, all I had were a pair of slides, also very well-versed in my special brand of footwear abuse.

“They’ll have to do,” I thought as I made my way up the makeshift stairway near the start of the trail.

It was wet, hot, and muddy, a perfectly soupy subtropical stew that had me sweating through my clothes mere minutes into the hike. This, of course, also had me sliding around in my, err, slides – not a good thing over the sometimes tricky terrain of slippery and/or loose rocks.

It also had me moving slower than I wanted to be, also not a good thing with my tight time constraints. I thought, for a moment, about turning back, but the ever-louder sounds of the crashing surf ahead compelled me to press on. Up and around a fairly steep hill, then down around the back side, the trail widening, narrowing, and almost disappearing in varying spots.

“I’ve come this far,” I thought as my earlier fears over a potential risk to marital bliss re-entered my head, the trail descending downward through a thicket of trees and scattered rocks, the surf sounds growing louder and louder as I progressed.

Then, a clearing. To my left, the view pictured at the head of this post. Straight in front of me, something unexpected…

That’s a rope tied to a stump. You have to rappel down it to get to the real payoff of the Zom Zom Trail.

The climb down would’ve been a lot easier in the right shoes, but I made it without too much trouble anyway. I’m glad I did too…

You don’t arrive at some pristine beach at the end of the Zom Zom trail, but rather an outcropping of volcanic rocks and boulders extending out into the sea astride a collection of other rocks of varying shapes and sizes set amid the waves.

The waves crashed violently all around the promontory and into the rocky shore creating a beautifully soothing cacophony just for me and the smattering of seagulls adding a few rhythmic stanzas of their own from above.

It was about 9:30am, I was the only one there, and for a moment or two all sense of needing to be anywhere at any set appointed time evaporated from my mind. For me, at that moment, the Zom Zom Trail dropped her z’s, leaving just the om’s you experience at special meditative spaces only found in nature.

I strayed longer than I had planned, arrived at the airport later than expected, but left on my plane with not a single regret…

For more on Jungle Bay, visit them online. 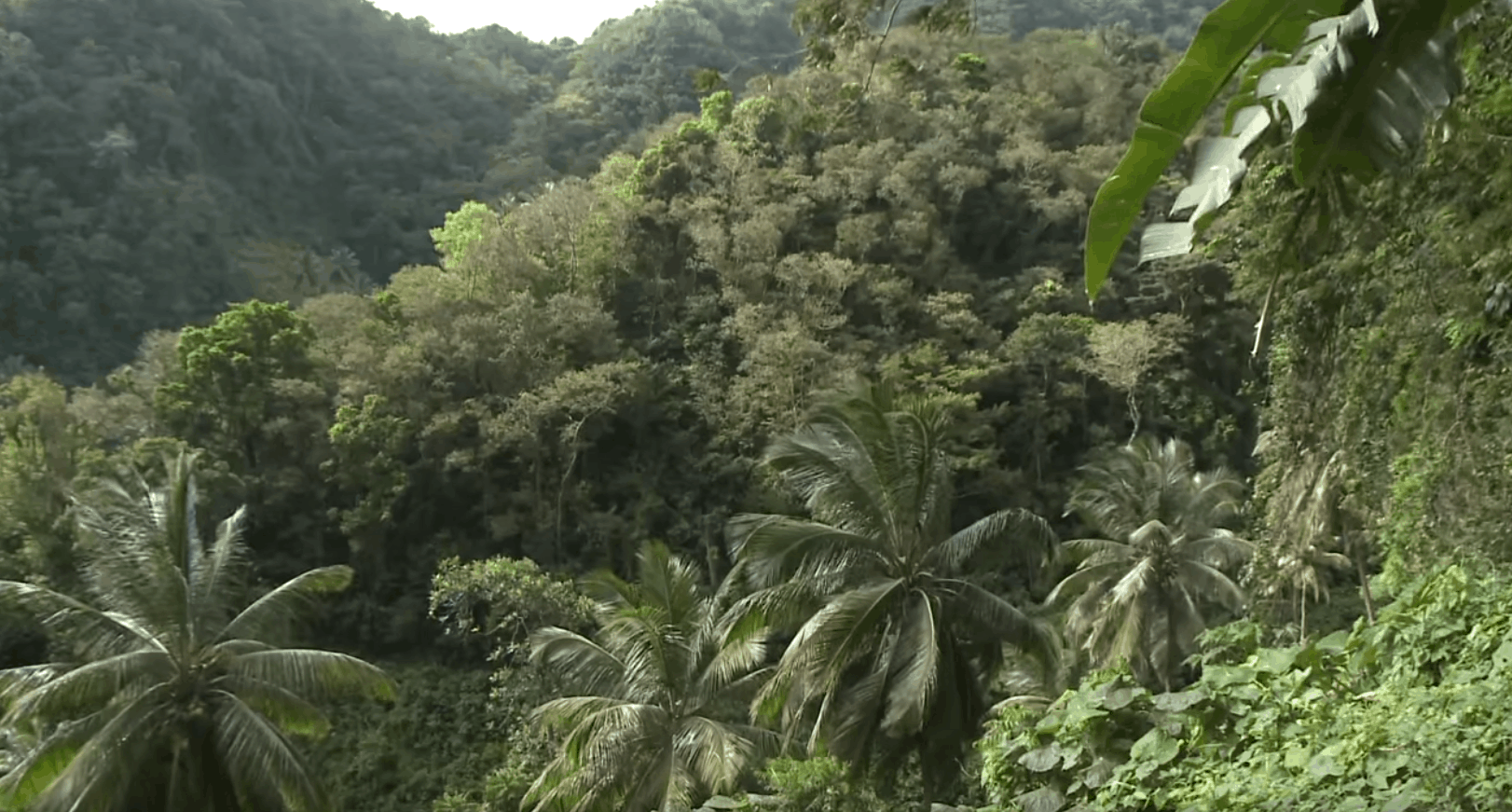 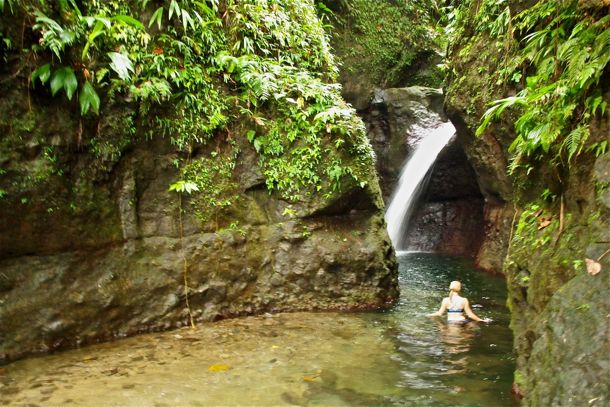 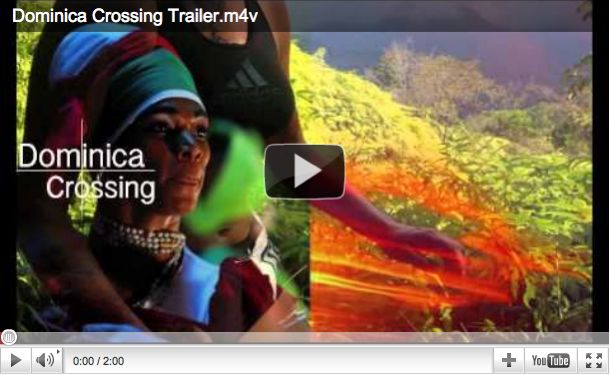 The Dominica Crossing race is racing in, around, over and through some of the Caribbean's most untouched and unforgiving terrain as fast as you can!
11
Shares
Send this to a friend