Overlooking Exuma Sound on the edge of Williams Town is a truly bizarre sight. Sticking out like a sore thumb surrounded by quintessential Bahamian beauty (stunningly turquoise seas, swaying sea grape trees, ironshore cliffs in the foreground, and white-sand beaches in the distance) is a 30-foot tall Tuscan style pillar.

For me, the story behind its existence requires at least a grain of salt.

The first half of the story is a tale as old as civilization itself. At some point, our distant ancestors discovered the nearly magical qualities of salt.

Before refrigeration, salt was the only way to prevent slaughtered animals and the catch of the day from rotting into a disgusting mess, impossible to stomach. There’s no way to calculate the importance of salted meats and fish to the success of civilization as we know it today.

So vital was salt to the rise of the greatest civilizations the world has ever known, Roman forces were actually paid with this valuable commodity—giving us the word “salary.”

Now, fast forward to the 1500’s when the islands of the West Indies were fast becoming some of the most prized real estate in the world. With the long voyages required for the European conquest of the region, salt once again played its central role in preserving fish and meat, keeping sailors fed, and allowing empires to expand.

So, with the world entering the Golden Age of Sail, where was all this salt going to come from? (Certainly not from Portugal’s rival salt fleet!)

There are a couple of essential ingredients to large-scale sea salt production. Naturally, there’s the seawater. Then you need a large injection of freshwater, and finally a period of dry heat—all in large, shallow, and importantly flat brackish ponds.

Well, the Caribbean has seawater as far as the eye can see, and with the seasonal rains, entrepreneurs (and the lucky few sporting crowns back in the old world) could count on lots of freshwater for a few months and lots of dry heat for the other months.

Just like that, salt became big business in places like Bermuda. Unfortunately, Bermuda’s moist environment wasn’t ideal which pushed salt production specialists to destinations like Bonaire, as Steve has mentioned in the past, and, for the sake of our story, to The Bahamas.

Inagua may get all the salt press these days considering its resident, the Morton Salt Company, produces over one million tons of sea salt a year, but back in the day substantial sources of salt also came from the “Great Salina” in Little Exuma even before there was a Williams Town. Reportedly, production even managed to reach a height of 300,000 bushels per year!

That translates to a very respectable 10,000 tons annually!

So, before there were any new, year-round residents (that is after the indigenous Lucayan Amerindians were either shipped off to work the mines in Hispaniola or died off from European diseases, of course) salt was worked in the Great Salina for quite the profit.

Ok, so Williams Town was cranking out the magical “white gold”, but what’s with the weird Tuscan pillar, right?

Well, it’s named the Salt Beacon and this is an excerpt from the description on a plaque found at the site:

Overlooking Exuma Sound and the “Great Salina” of Williams Town the thirty-foot-tall marker situated on this low waterfront cliff guided ships to pick up salt harvested from Little Exuma’s three salt ponds. Designed as a Tuscan column, the marker was most likely constructed in the Loyalist Era of the late 18th or early 19th century.

What do they mean “most likely?”

Is there no hard documentation of its creation?

On a recent visit, standing in front of the Salt Beacon, I couldn’t help but feel like it was fibbing a bit about its age. It just didn’t feel 200 years old to me. But, honestly, it didn’t matter. Regardless of whether you believe this uncommon attraction is really 200 or more years old or not, it’s definitely worth the visit.

Not only is the Salt Beacon at Williams Town a powerful reminder of the history that shaped the Caribbean and continues to play a major role in the region’s daily existence, but it’s also simply a gorgeous site!

Remember that quintessential Bahamian beauty I mentioned? Just look at the photos. There I was, with the sea breeze kissing my face and the Caribbean sun warming my soul. A rusty, old, salvaged cannon was pointing the way out to the turquoise sea which in turn was beckoning me to visit nearby Tropic of Cancer beach.

It was, in a word: spectacular.

And you won’t need a grain of salt to believe in that beauty.

Of course, if you can dig up any hard facts on the history of this uncommon attraction, we’d love to hear it! Just drop us a line in the comments below. 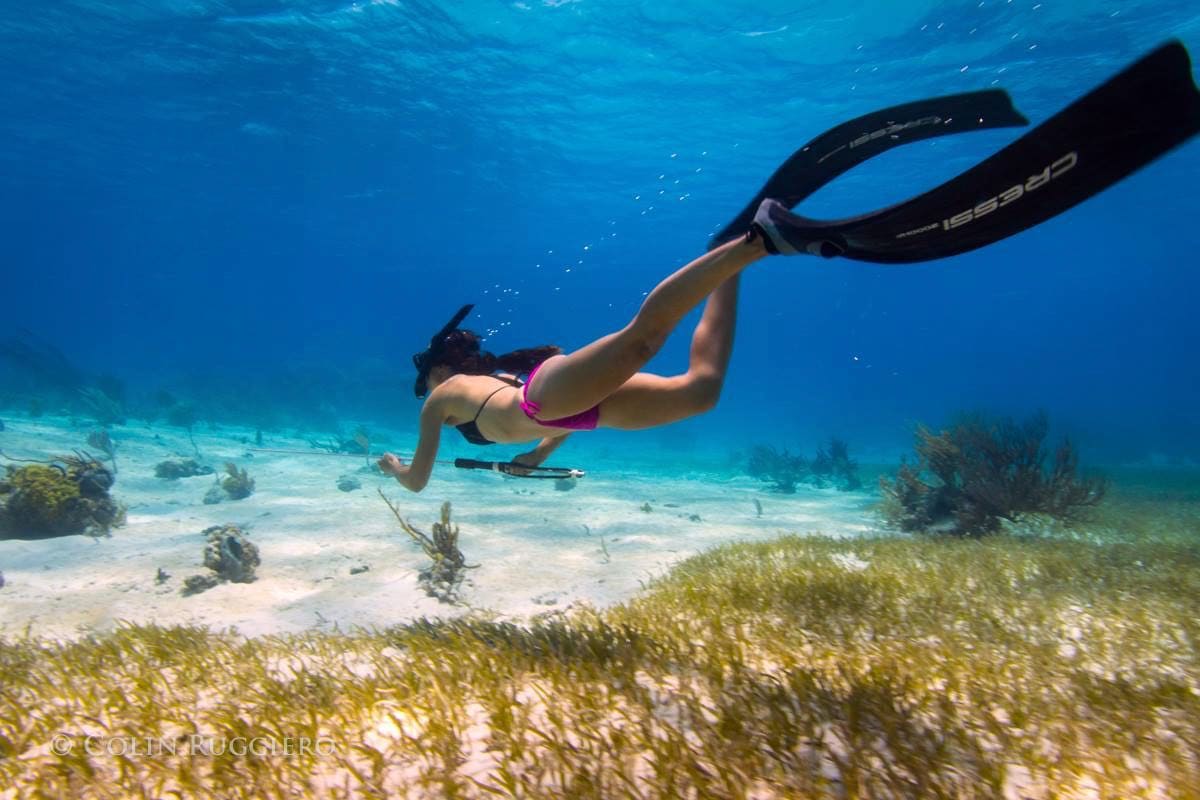 Bahamas spearfishing is among the best anywhere. Before you can get on with turning sea life into seafood, though, it's best to know the rules...
100
Shares 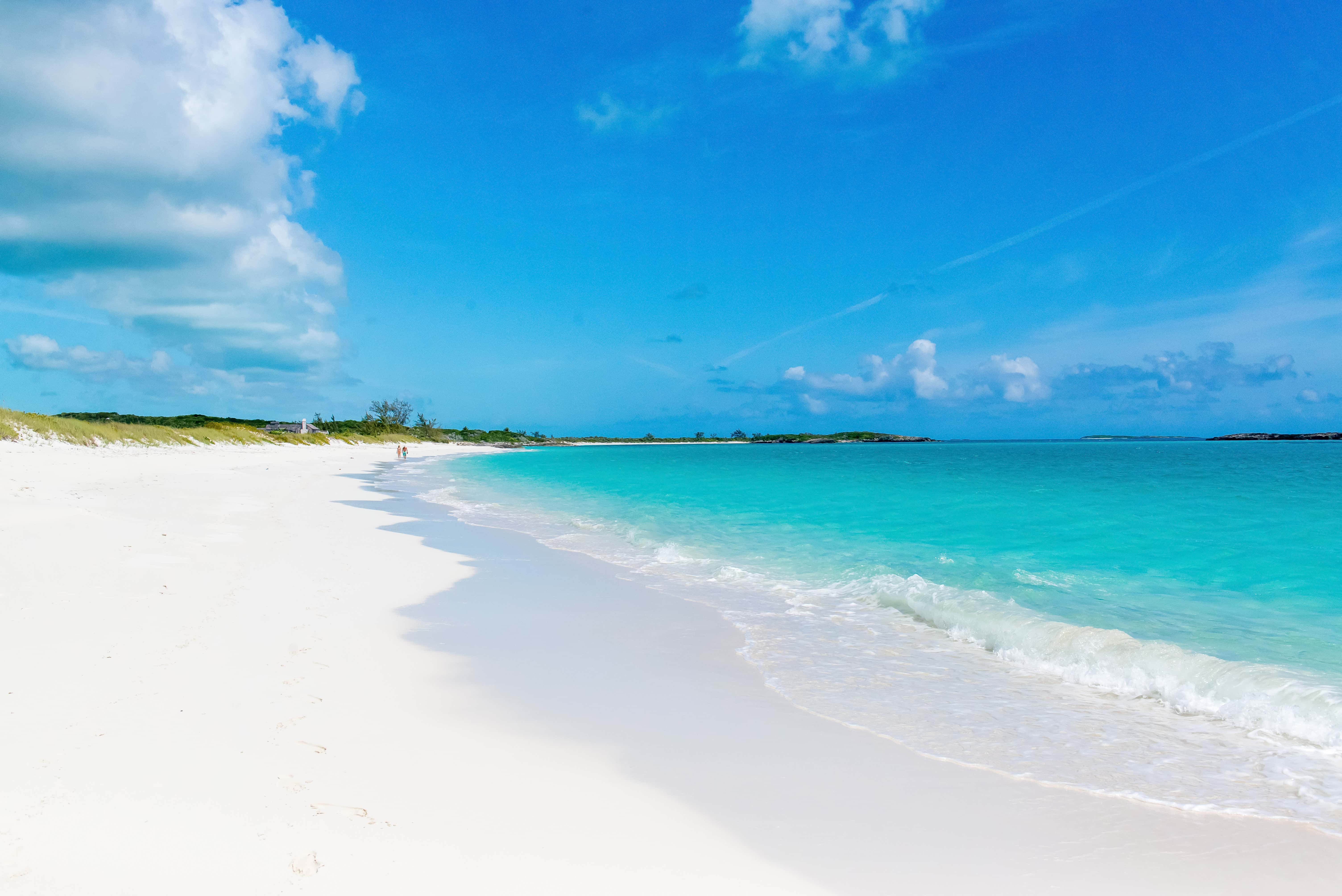 Tropic of Cancer Beach – Nothing Compares to These Shores

Tropic of Cancer Beach is the longest beach on Little Exuma and it's blessed with white sand and water that has to be seen to be believed.
187
Shares 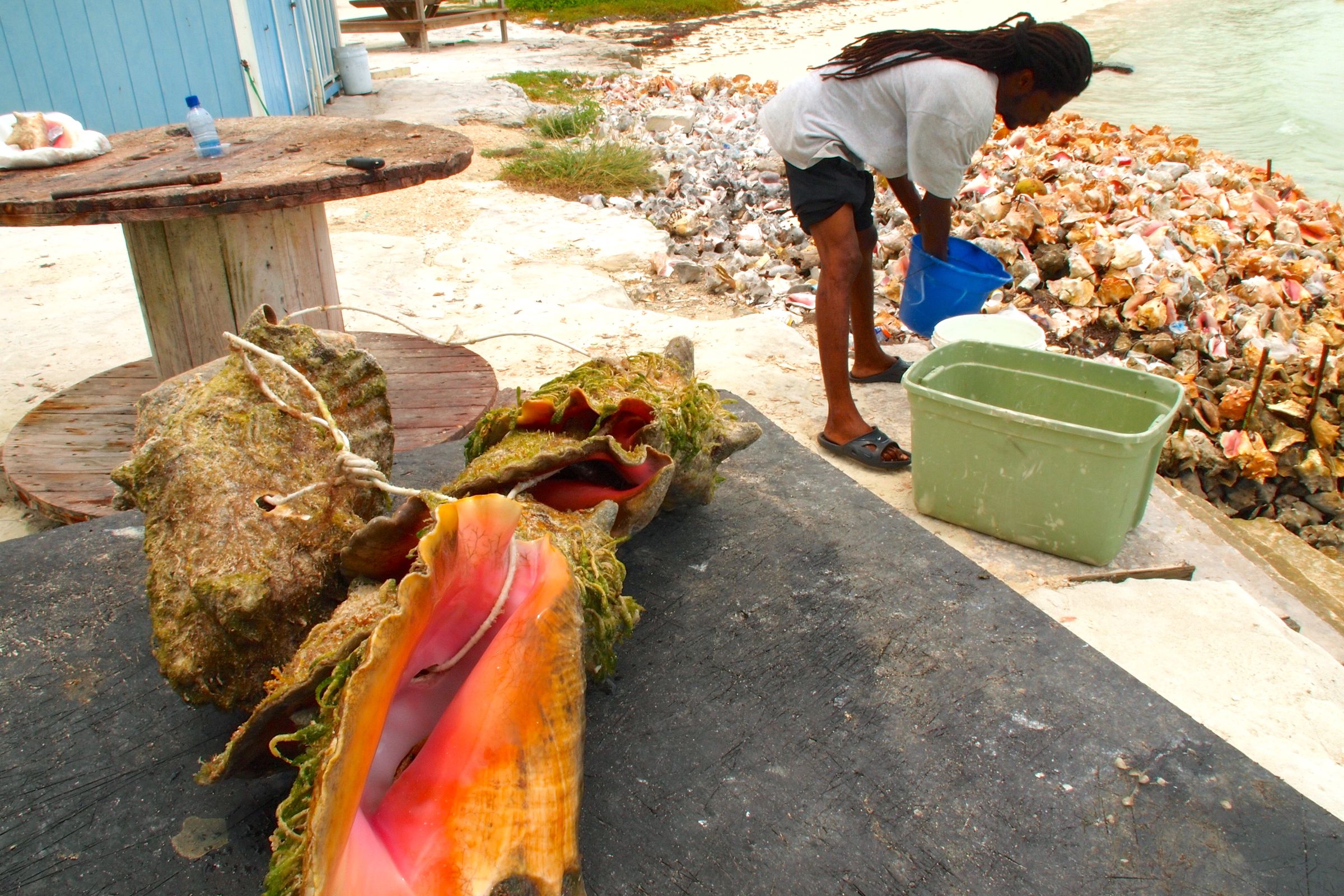 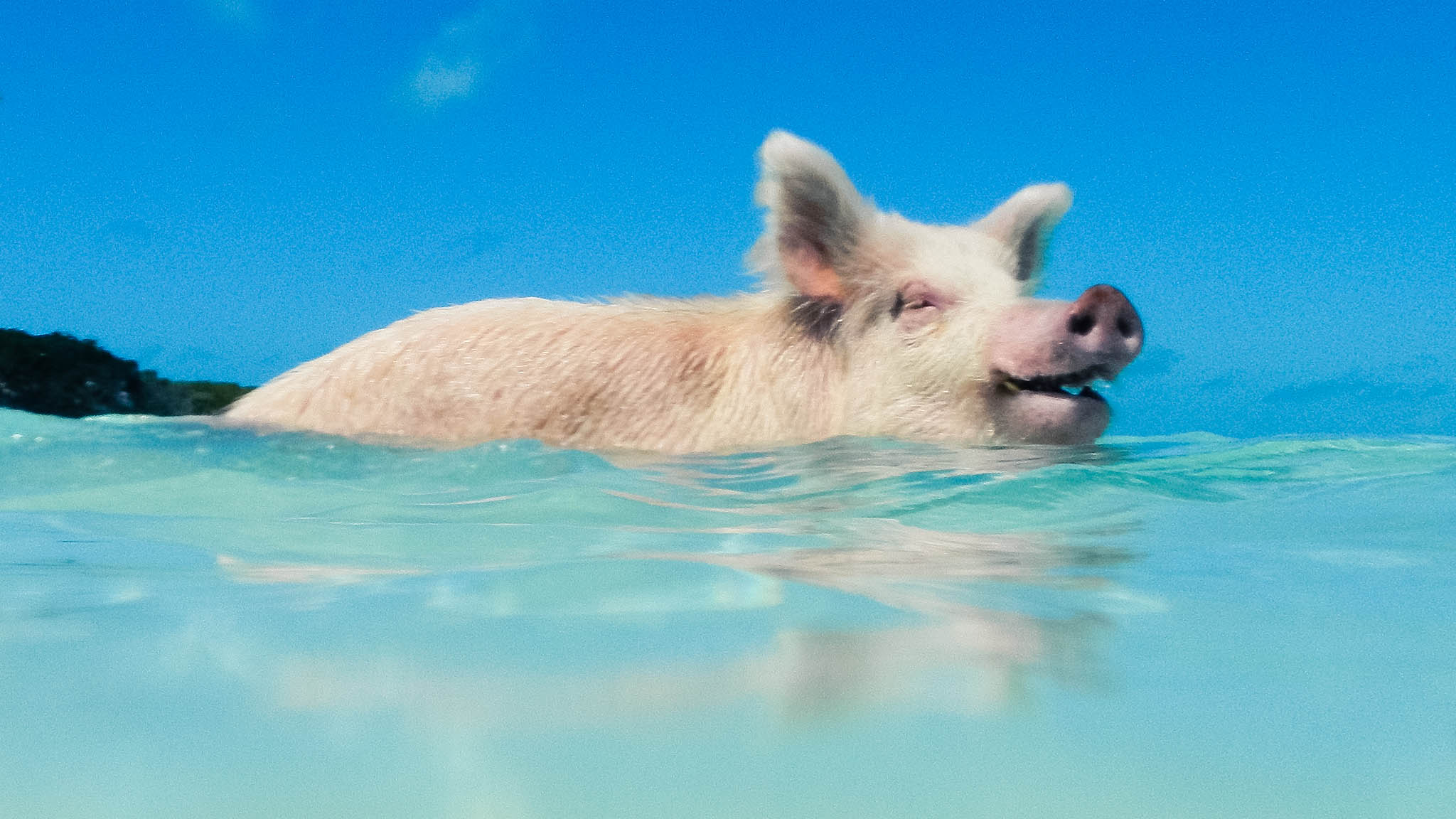 Pig Beach – The Swimming Pigs of The Exumas

Pig Beach, in the middle of The Bahamas, is a pristine white sand beach with a portly bunch of regulars: famous swimming pigs.
420
Shares 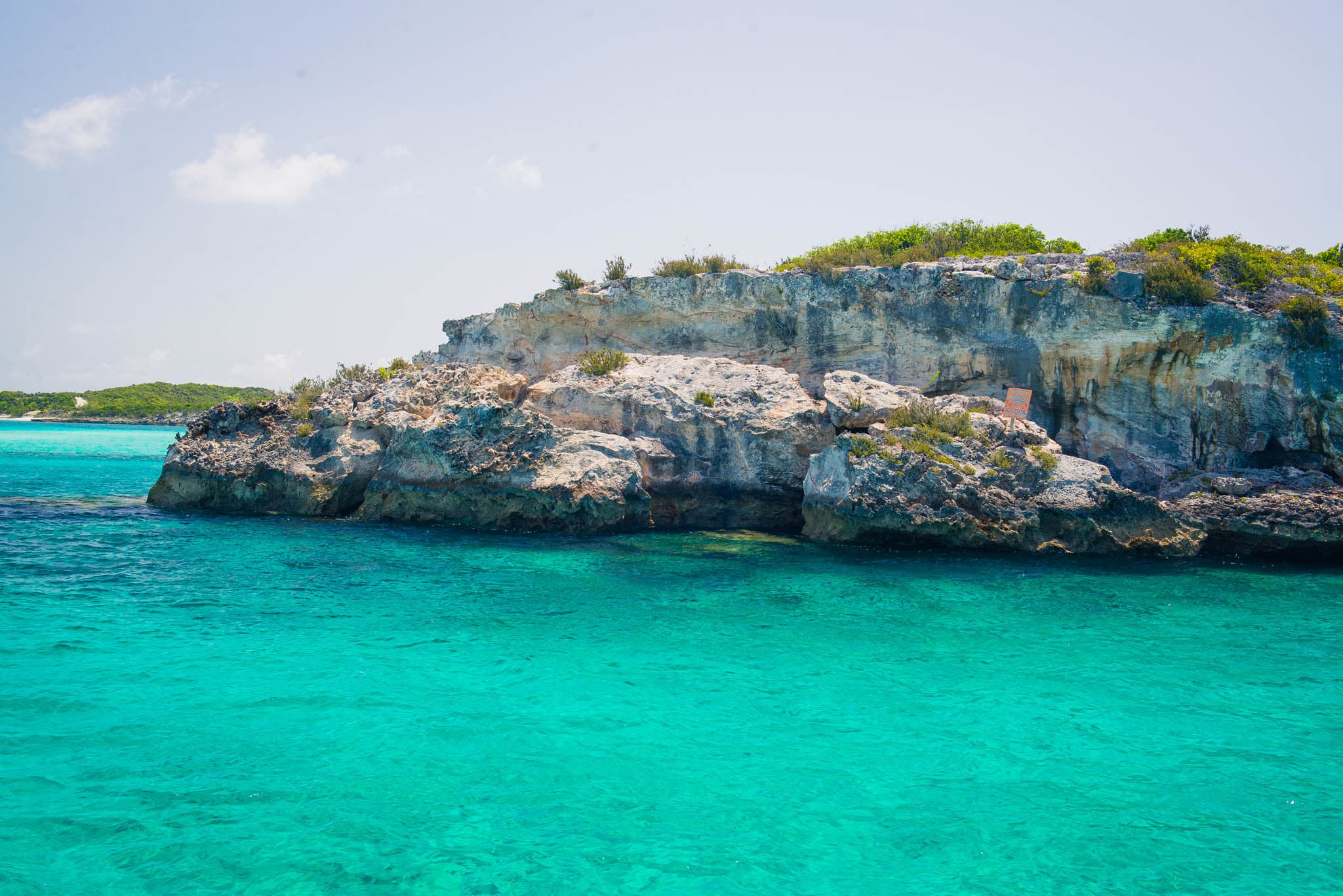 Thunderball Grotto – This Awe-Inspiring Adventure Comes in a Small Package

Diving into blue waters overflowing with sea life within a shimmering subterranean dome. This is The Golden Grotto better known today as Thunderball Grotto.
315
Shares
Send this to a friend