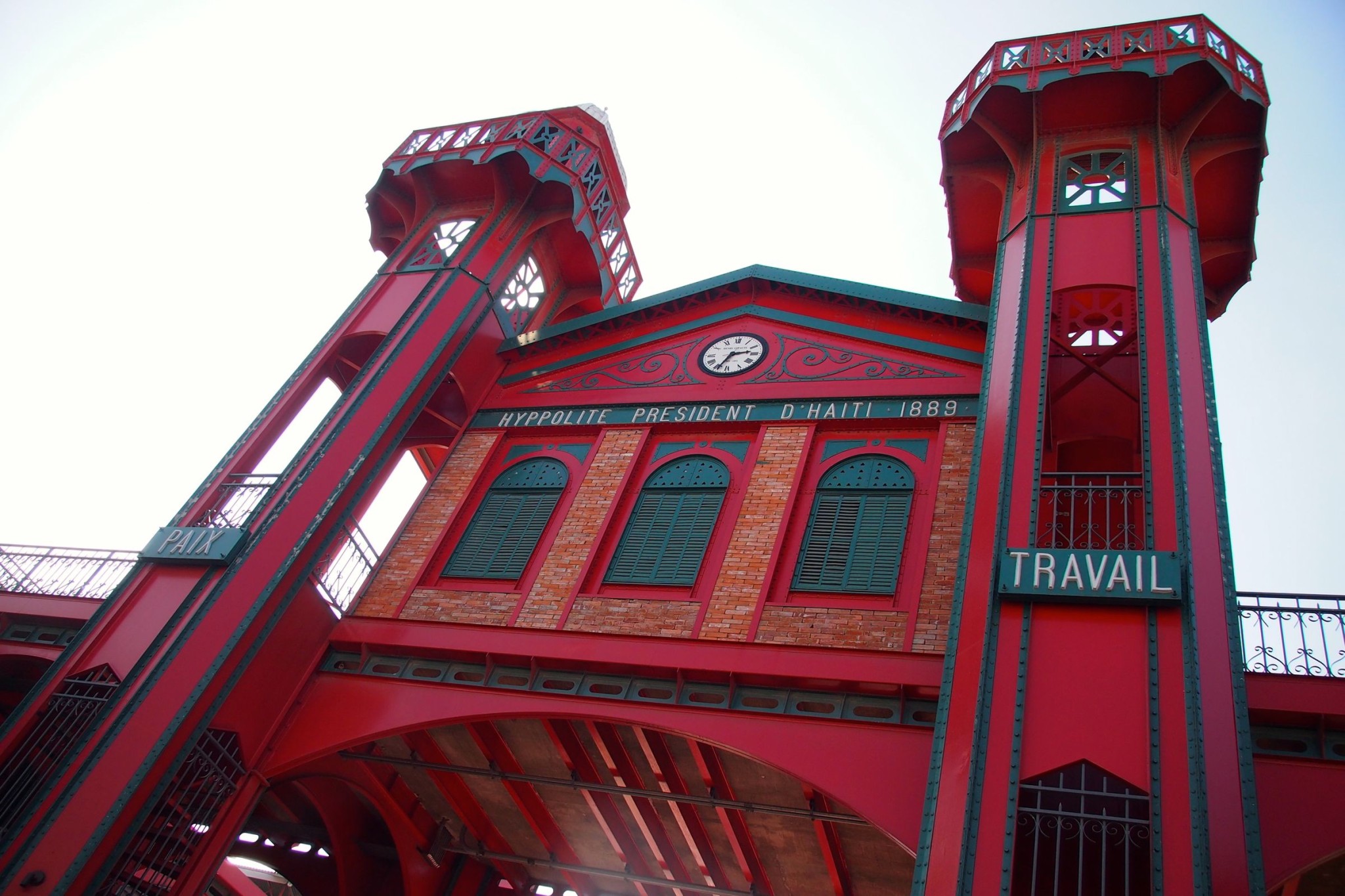 Whatever price they give you, cut it in half.

As rule #1 suggests, this beyond-bustling bazaar offers what is, in my experience, the Caribbean’s ultimate shopping adventure… By far!

The original Iron Market structure dates back to the 1800s. It was built in France expressly to serve as a railway station in Cairo, though somehow it got diverted to Port-au-Prince. Since 1891, it’s served as the commercial heartbeat of the city.

So, naturally, it was a pretty big deal when it became among the first buildings completely reconstructed following the 2010 earthquake. 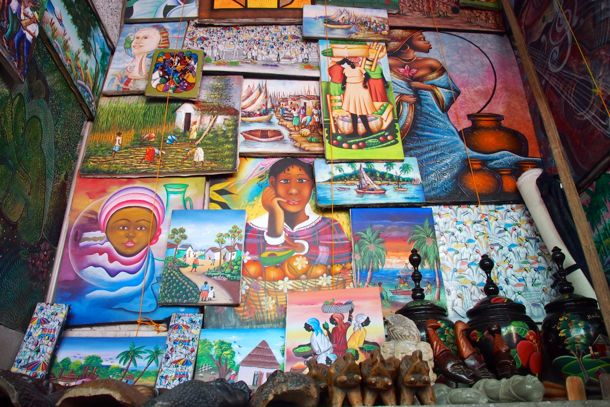 The new Iron Market bears many modern advancements that belie its long history and classic styling. Solar panels line the roof powering the entire facility. Wi-fi is available throughout. Credit and debit cards can be used to make purchases – 21st century shopping convenience in a setting seemingly plucked from a bygone era well in the past.

Everything here is very modern… Except for the haggling… 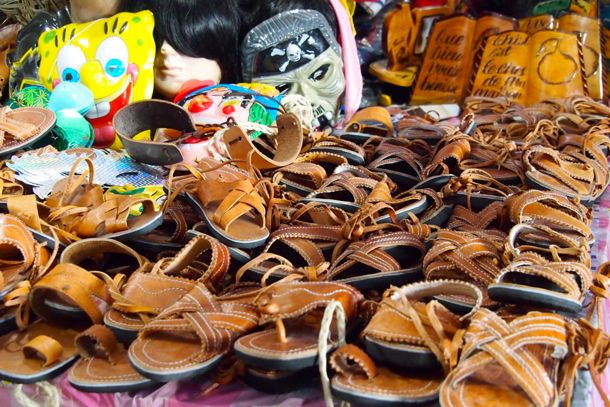 Sandals and assorted other curiosities | SBPR

The Art of Iron Market Haggling

Now granted, haggling, is alive and well at local markets all across the Caribbean, a colorfully ancillary side element of the typically laid back West Indian shopping experience.

At the Iron Market, though, things are different.

Haggling isn’t just a part of the deal here, IT’S THE CENTRAL ATTRACTION!

Local art and handicrafts, footwear, hats, jewelry, clothes, birds, herbs, food, toys – it’s all sold all over the place here. The facility houses nearly 1,000 vendors and is open six days-a-week. This gives shoppers plenty of time, and options, to explore. The rule #1 tip above comes courtesy of a friend of a friend who shops at the Iron Market multiple times every week. She encourages shoppers to negotiate up from the half-price level, eventually settling on a price that both sides can agree on.

Always get there early.

Not only is the temperature cooler first thing in the morning, but so too is the mood of the sellers. According to my insider friend, sellers tend to have less patience the closer it gets to quitting time, which, coincidentally, was round about the time I stopped in at the Iron Market back in February.

I probably spent a good bit more for this hat on that late-February afternoon than I should have, but I’ll be back ready to mix it up to great effect next time…

Citadelle Laferrière had 365 cannons of varying sizes, and despite its inland location, sightlines extended as far as the eastern coast of Cuba.
194
Shares
🇭🇹Haiti

Le Negre Marron is a powerful symbol, made even more so by the tragic 2010 earthquake.
1.4K
Shares
🇭🇹Haiti

Accessible solely by boat and completely inaccessible to cell phone reception, Bananier Beach in southern Haiti is not the kind of place you leave easily.
5
Shares