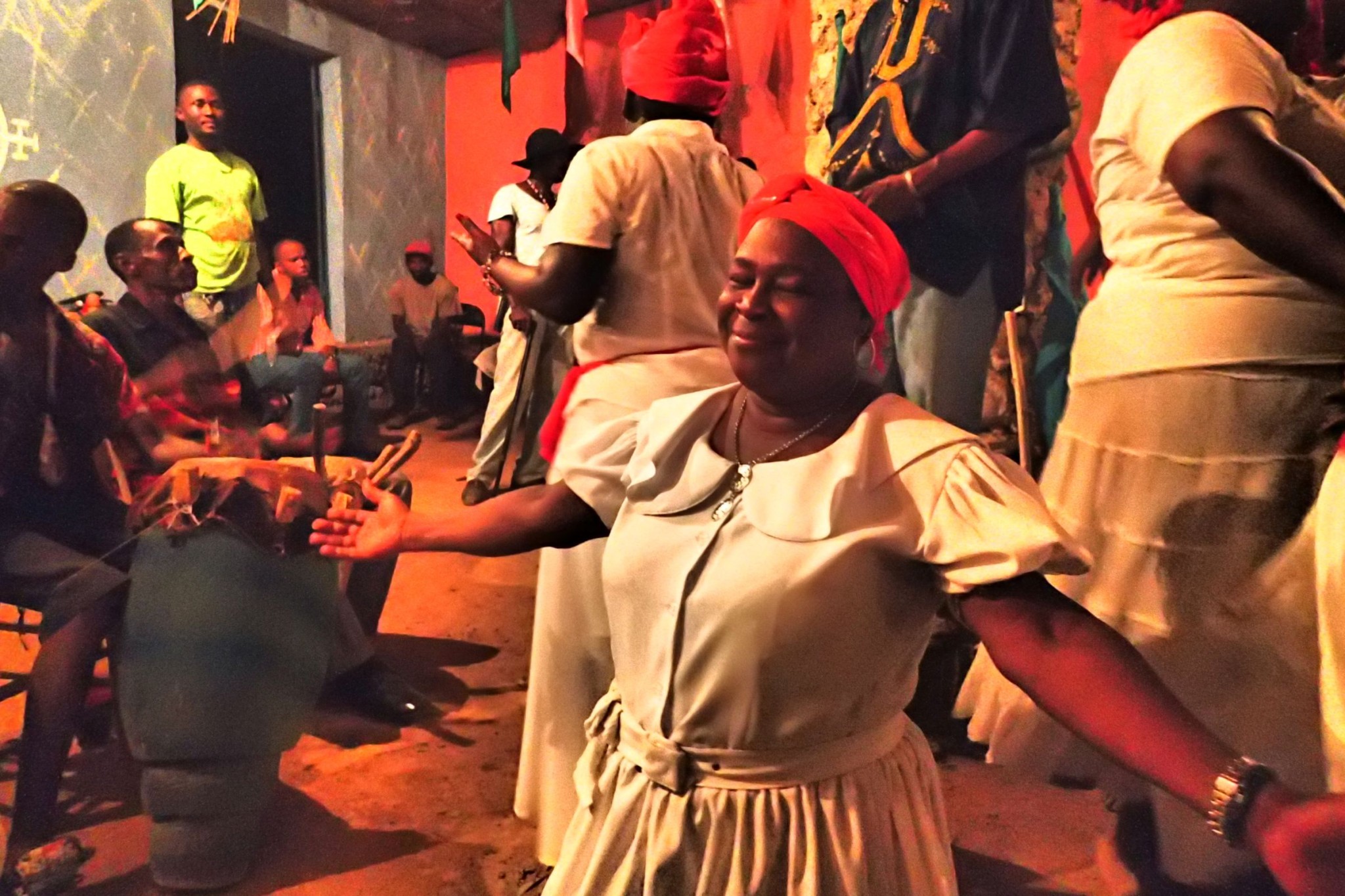 The Real Face of Vodou in Haiti: Photo of the Day

It’s easy to have misconceptions about vodou, the much-maligned and mischaracterized religion born in 18th century Haiti that in large part helped to fuel the most unlikely revolution the world has ever known. Almost universally, the practice is seen as bad, Satanic, or worse; misperceptions only amplified among those who a) are not Haitian, b) have never been to Haiti, or c) watch a lot of movies.

Think about it, have you ever seen vodou portrayed in anything even approaching a positive light in any Hollywood film or television production? Popular culture will have you believe vodou is all blood, gore, and animal sacrifice, with a good measure of zombie nonsense and playing with dolls thrown in to really give you the heebie-jeebies.

I went to a vodou temple exactly one month ago in Cap Haitien. I got to witness and participate in a vodou ceremony there. My experience was nothing like what Hollywood has led us to believe, much less what my parents witnessed when they went to a “Made For Tourists” vodou ceremony during my first visit to Haiti in the mid-70’s.

I’ll have a lot more to share about this amazing experience in a future post, but suffice it to say that no chickens lost their heads, no zombie spells were cast, no dolls were pricked.

Instead, what I saw – what I experienced, felt, and will never, ever forget – was a communal expression of love and joy best exemplified by the image above. For me, this picture really says it all about my first vodou ceremony… Is it any wonder I can’t wait for my second..?

That Time I Went To A Vodou Ceremony in Haiti

You're kicking back in the Great Room of the Marriott Port-au-Prince admiring the striking collection of Vodou Flags. The bright colors and intricate symbols for the individual Loa mesmerize. You want to learn more about Vodou; to attend a Vodou ceremony in Haiti, but how...?
34
Shares
🇭🇹Haiti

Beach days in Cayes-Jacmel along the laid-back and breezy southern coast of Haiti were a surprise to me when I visited a few years.
105
Shares