What rums might rate as “Top Shelf,” like most everything else in the world of rum, is subjective. Some will say it’s a matter of age, while others point to production techniques, old family traditions, price, or fanciful legends.

As I’ve come to learn over the years, though, bad rum will always remain bad no matter how long it manages to sit around, what secret techniques might be employed in its production, its pedigree, price, or colorful backstory. In the end, every rum lover’s Top Shelf is bound to be different, buoyed more by personal taste preferences, proclivities toward colorful myths, and pure and simple bias.

This brings me to Rhum Barbancourt Cuvée 150 Ans.

One of a few limited edition commemorative rums to be released in recent years (Remember this Jamaican dandy?), Cuvée 150 debuted in December 2012 to mark the 150th anniversary of Rhum Barbancourt. Only 6,000 bottles were produced, each individually numbered (mine is #1303), each fetching a hefty price approaching US$500.

“A bargain,” my Haitian friends told me at the time, owing to the “priceless rhum” inside and, no doubt, more than a little national pride.

Barbancourt’s rich history likely contributed to their boasts as well.

Like a lot of great stories, the Barbancourt legend begins as a tragic love story. The year was 1862. Dupré Barbancourt, a cognac-maker from Charente, France had relocated to Haiti in an effort to ease his heartbreak over the recent death of his wife. He pours himself into a new endeavor, employing the ultra-purifying double-distillation method and Limousin white oak barrel aging typical of the finest French cognacs in the development of a new rhum.

That Dupré’s masterpiece, Rhum Barbancourt, has managed to thrive despite all the political upheaval and natural disasters that have come to define Haiti over much of the past century-and-a-half seems reason enough to raise a toast with something truly special.

Only for me, this wouldn’t be it.

This isn’t to say it’s bad, or that I don’t like it, of course. Rhum Barbancourt Cuvée 150 Ans is exceptionally smooth and well-balanced, with a surprising (to me) extra bit of sweetness. The finish bears a subtle warmth that’s brief, but pleasing nonetheless.

In short, it’s superb – as rich in flavor and sophistication as the designer Art Deco crystal carafe, complete with sand-blasted lettering, in which it comes so beautifully packaged.

But, just as 1919 stands out to me as the odd ball Angostura, I’m just not feeling much of the traditional Rhum Barbancourt flavor I’ve come to love so much in this stuff.

Maybe its character is too refined for me; too close to its cognac roots; too far beyond the tried and true 5 étoiles with lime on ice that’s come to define the authentic local drinking experience for me in Haiti.

Maybe if I didn’t think of it as Barbancourt. Maybe…

Either way, I’m not throwing my bottle of Rhum Barbancourt Cuvée 150 Ans off my top shelf, even though for me, I guess, it’s mostly there just for show. 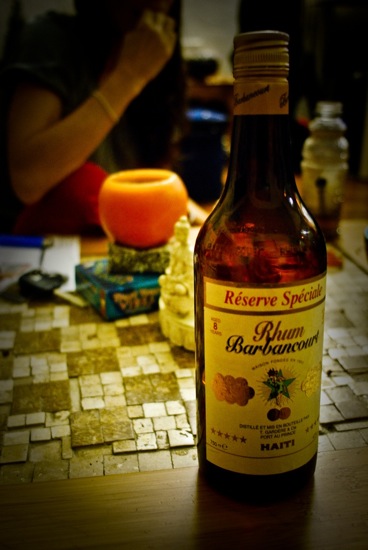 Rhum Barbancourt is made directly from sugar cane juice rather than molasses, a method similar to that employed in the production of the rhums agricole.
22
Shares 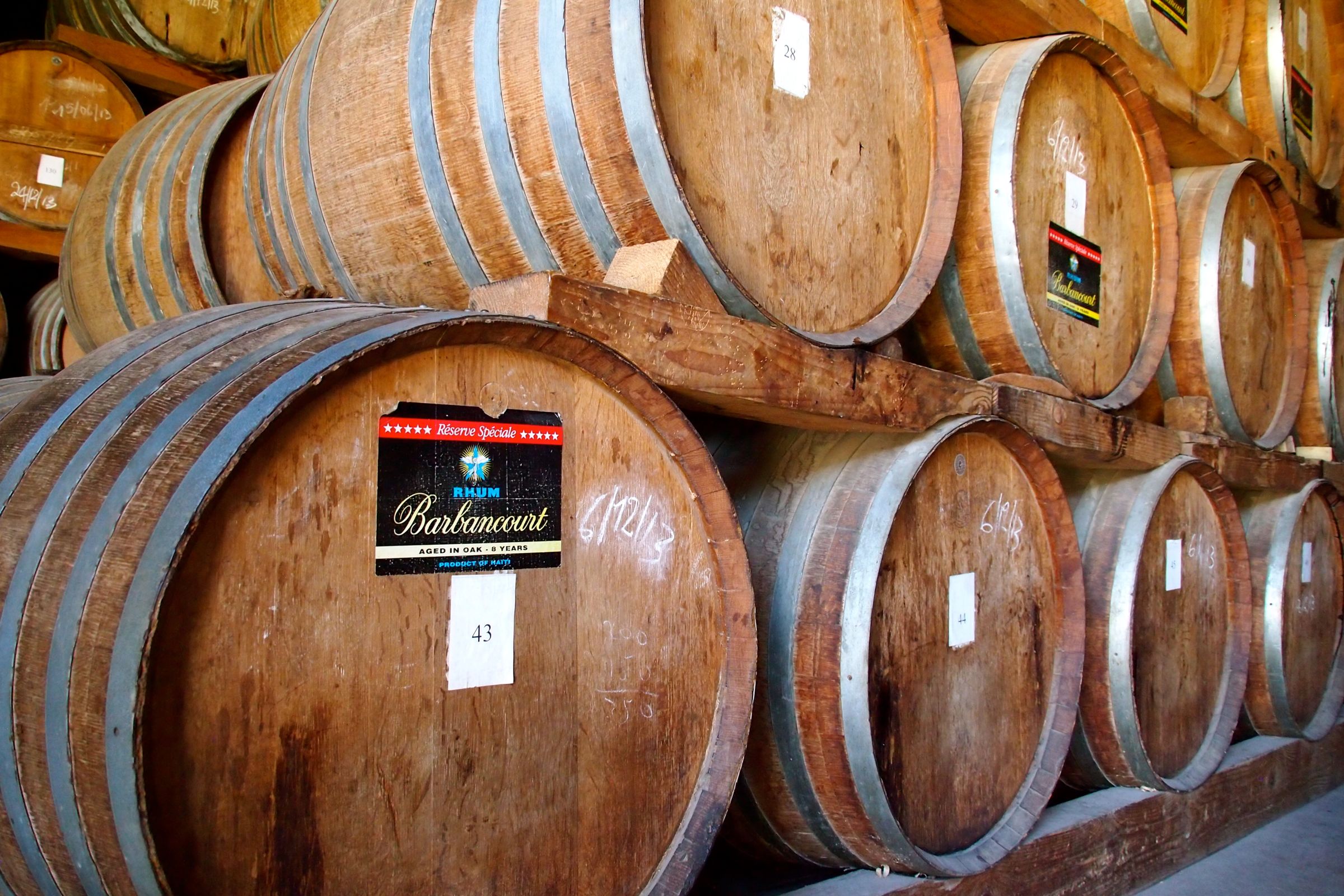 On the Rhum Barbancourt Distillery tour sipping their line of rhums is an experience beyond description for a true rum-lover.
229
Shares 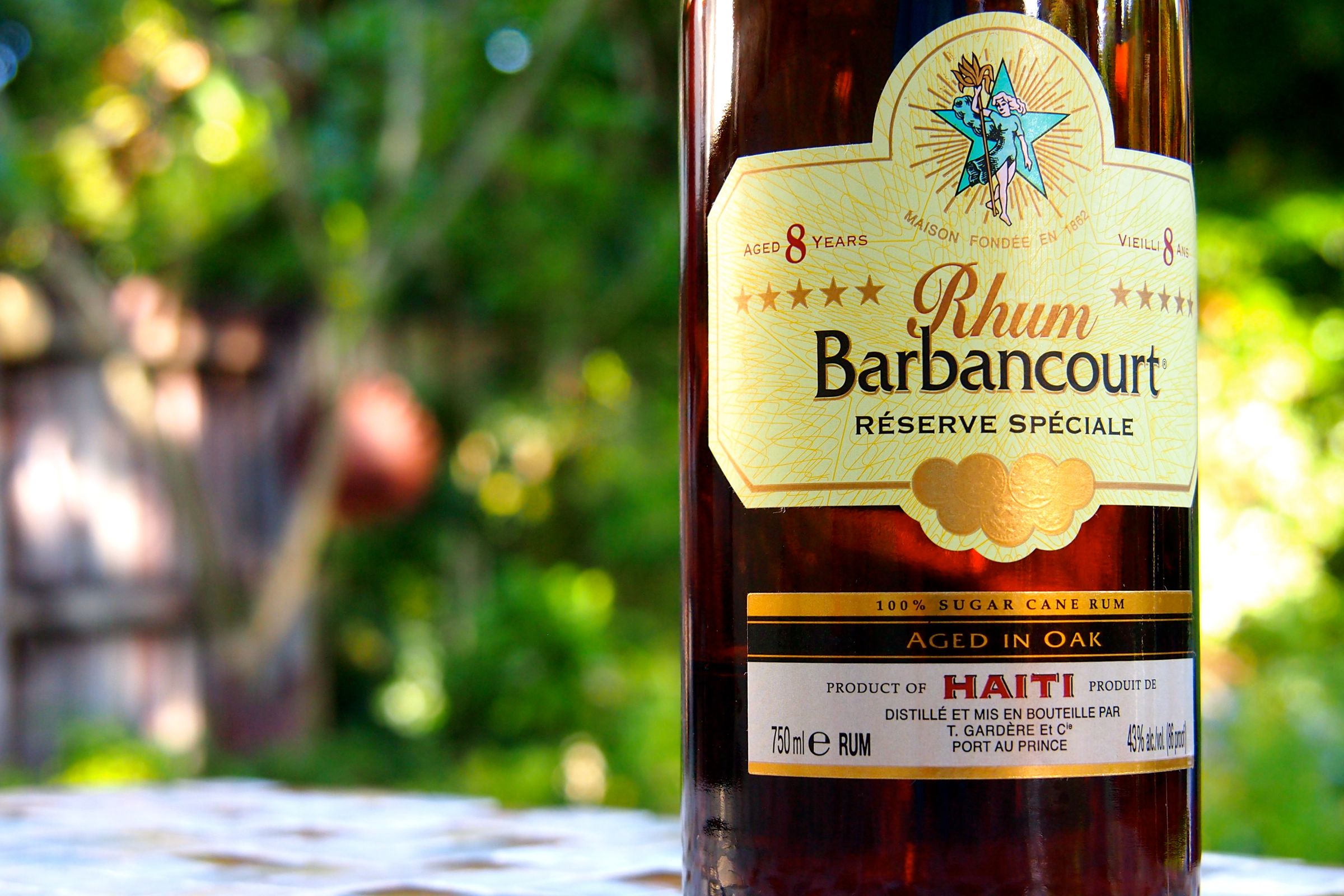 Rhum Barbancourt: How to Drink Haitian Rum Like a Local

Rhum Barbancourt plus lime and ice is suspiciously smooth and easy drinkable. Believe me, though, all that rhum remains plenty potent!
335
Shares
Send this to a friend