It’s hard to imagine now, but at the time of its earliest colonial beginnings, Jamaica’s principal settlement was not Kingston. That honor went instead to Port Royal (est. 1494). The now sleepy village sits south of Kingston at the western tip of the Palisadoes. The broad expanse of Kingston Harbour separates the two. For nearly 200 years (1494–1692), Port Royal not only served as the seat of colonial power in Jamaica, it was also the largest city in the Caribbean. Chief among its defenses was a collection of forts. Fort Charles was one of them.

Fort Charles was constructed in the late 1650s by the British after they wrested control of Jamaica from the Spanish in 1655. At the time, though, the citadel was known as Fort Cromwell. In 1662, the name was changed to commemorate King Charles II’s ascension to the British throne in 1660.

(Editor’s Note I: Fort Charles has also been known as Passage Fort, a nod to its strategic position at the entrance to Kingston Harbour.)

The first of six British forts built in Port Royal, or anywhere else in Jamaica for that matter, Fort Charles once boasted 100+ cannons. Notably, the structure is built in the shape of a ship. This sort of fit at the time of construction. Back then, the walls of Fort Charles were bordered by the sea on three sides. Hundreds of years of gradual silt buildup, though, have left the fort fully landlocked today.

At the height of its operation (roughly 1667 to 1765), Fort Charles had a garrison of 500 men. This came as somewhat of a surprise to me when I had the chance to visit back in 2017. I mean, Fort Charles is fairly modest in size. Accommodations, such as they were, must have been rather cramped.

These days, some of those old accommodations and offices now serve as one of the Caribbean’s most uncommon museums. The Maritime Museum inside Fort Charles houses an extensive collection of colonial-era artifacts culled from the seas surrounding Port Royale. Old serving dishes, drinkware, weaponry and other items denoting daily life in 17th century Port Royal are on display.

But what, you may be asking, was all of that stuff doing beneath the waves around Port Royal?

During its heyday, Port Royal was known as the wickedest city on earth. The distinction was well-earned, as just about everyone who lived in or frequented the city was involved in some sort of illicit activity. Pirates, prostitutes, slave traders, drunks, and louts abounded. Debauchery was the order of the day…all day and everyday. With one bar for every 10 residents, wickedness was easy to come by in Port Royal.

The party here all came to a crashing halt, though, on June 7, 1692. That’s when a massive earthquake and subsequent tsunami felled much of what was Port Royal. Built as it was atop the loose sands of a tombolo, Port Royal didn’t stand a chance against the devastating effects of the twin disasters.

The earthquake caused the sandy ground beneath the city to liquify. In an instant, two-thirds of every structure in Port Royal literally sank into the quicksand/sea. Much of what didn’t sink, the tsunami washed away.

An estimated 3,000 people, or half the population of Port Royal, perished in the catastrophe. Another 2,000 people died in the months that followed due to disease brought on by poor sanitation.

Among the few surviving structures, of course, was Fort Charles. The old fort was, in fact, the only one of the city’s six forts to survive the disaster. It did, however, sink some 3-1/4 feet into the ground, though you’d never know it.

(Editor’s Note II: A subsequent earthquake at Port Royal in 1907 caused a bit more sinking. The result is the most popular attraction inside Fort Charles. Learn all about the Giddy House here.)

The years following the 1692 earthquake were not kind to Port Royal. It’s brief time as the most prominent city in the West Indies was over. Kingston, which was founded just one month after the 1692 earthquake, quickly supplanted Port Royal as the center of commerce and power in Jamaica. Fires, hurricanes, floods, and a massive cholera outbreak all derailed various attempts at restoring the city to its former glory throughout the 18th and 19th centuries.

Port Royal, and by extension, Fort Charles, served as the Caribbean headquarters of British Navy until the early-19th century. Its further importance as a key British military installation even extended through 1905.

While Fort Charles’ military history is well in the past, you still need to be careful adventuring around here…

Wander too far behind the Giddy House toward the south side of Fort Charles and you’ll encounter this rather ominous sign. The warning is in reference to active military training grounds located just beyond the fence. They’re operated by the Caribbean Military Maritime Training Centre (CMMTC), established in Port Royal in 2012.

How to Visit Fort Charles, Jamaica

Fort Charles is the star visitor attraction in Port Royal, Jamaica. To get here, simply follow Palisadoes Road all the way west. That will run you right into what’s left of the ancient “world’s wickedest city” and the fort. Fort Charles is open daily from 9am to 5pm, except for Good Friday and Christmas Day when it’s closed.

Guided tours of Fort Charles and Port Royal are available and highly recommended. Many of the guides are descended directly from the town’s earliest 17th century residents. (Yes, the very same scoundrels and louts!) Wandering around with them affords you some unique insight into first-hand family history of the area.

Fort Charles entrance/tour fees are US$15 for per-adults and US$8 per-child.

Port Royal tour fees are US$20 per-adult and US$10 per-child. 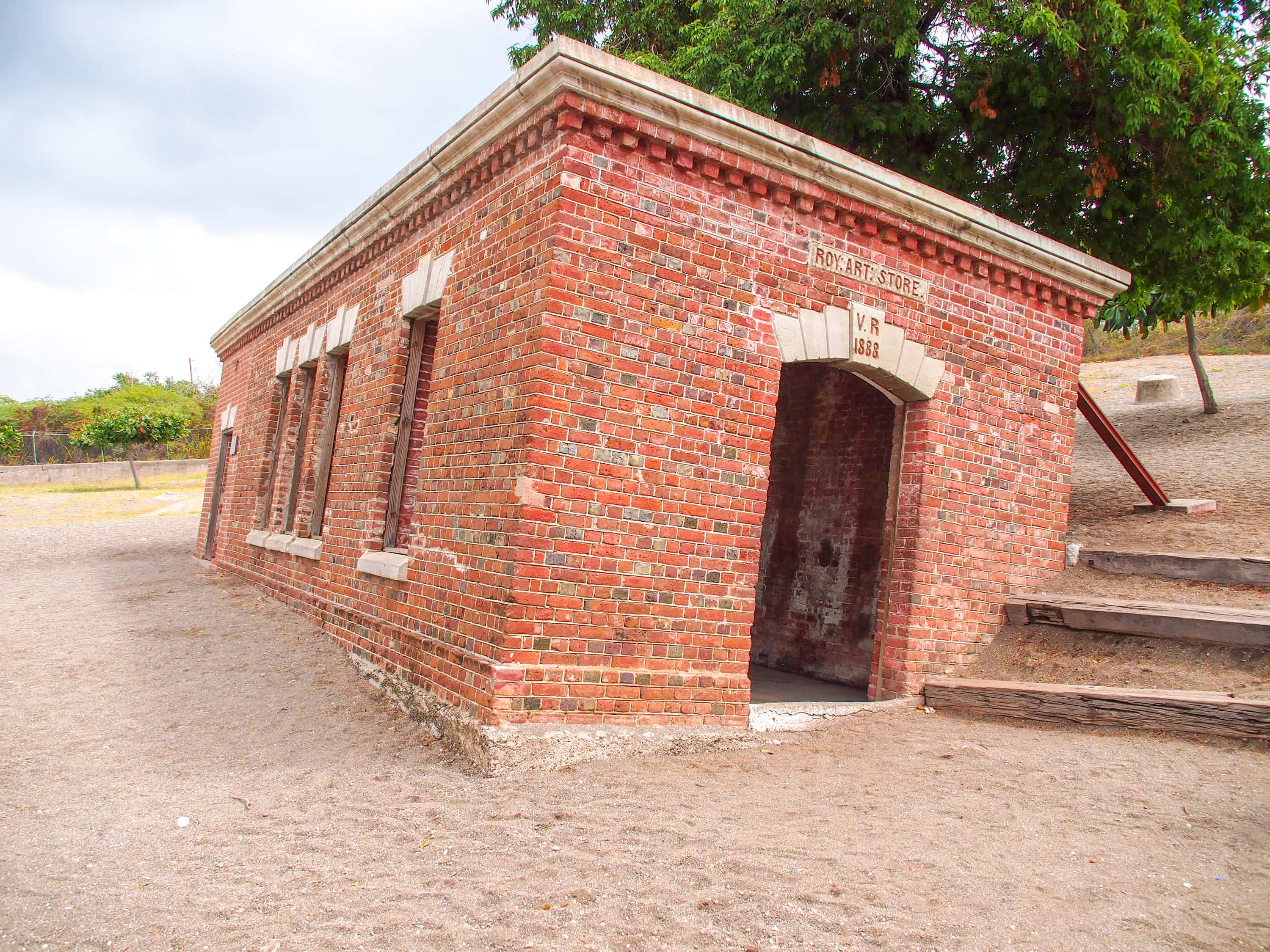 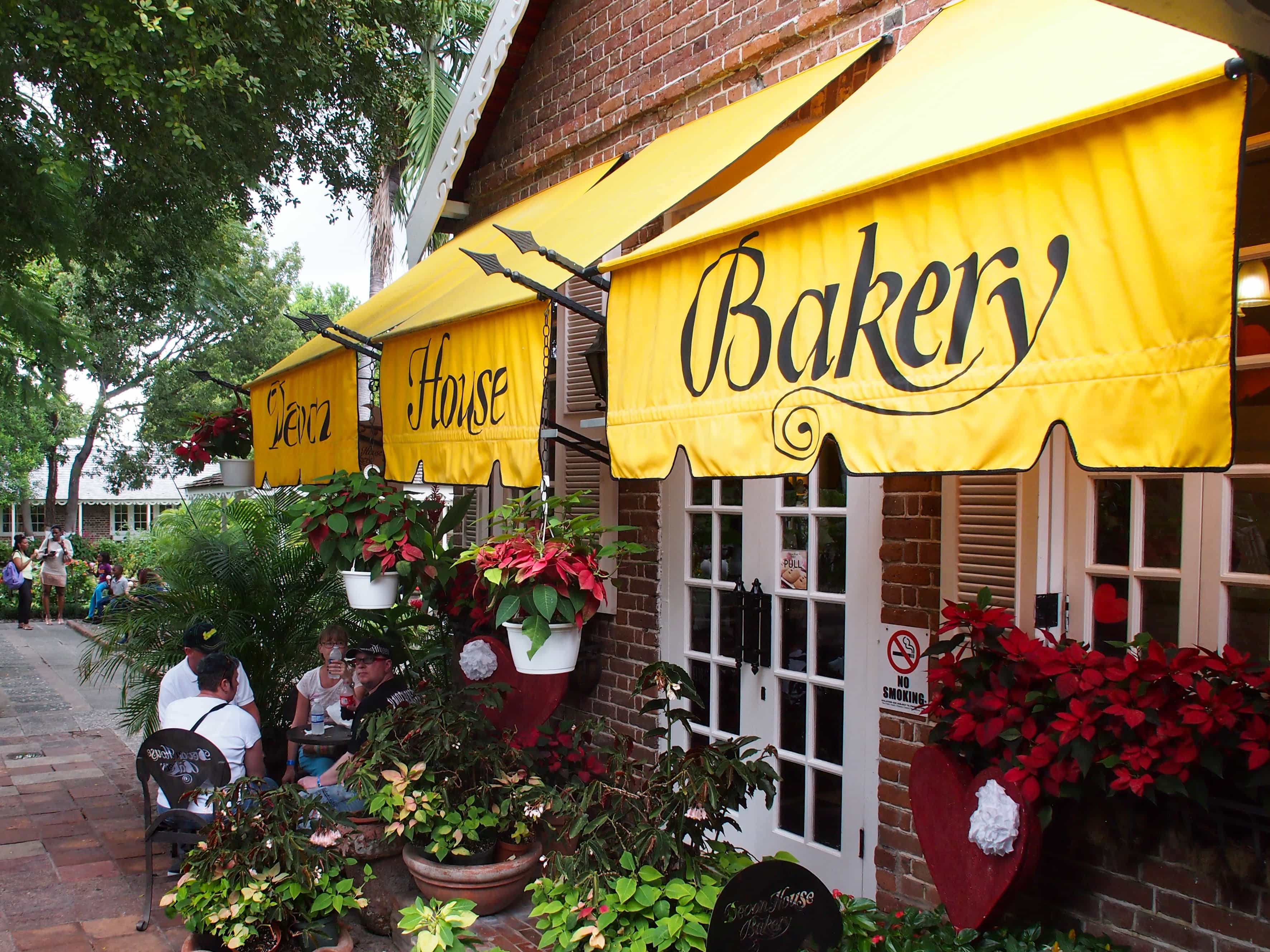 I was on a hunt to discover the very best Jamaican patty. I heard, my search wouldn't be complete without a visit to Devon House Bakery.
76
Shares 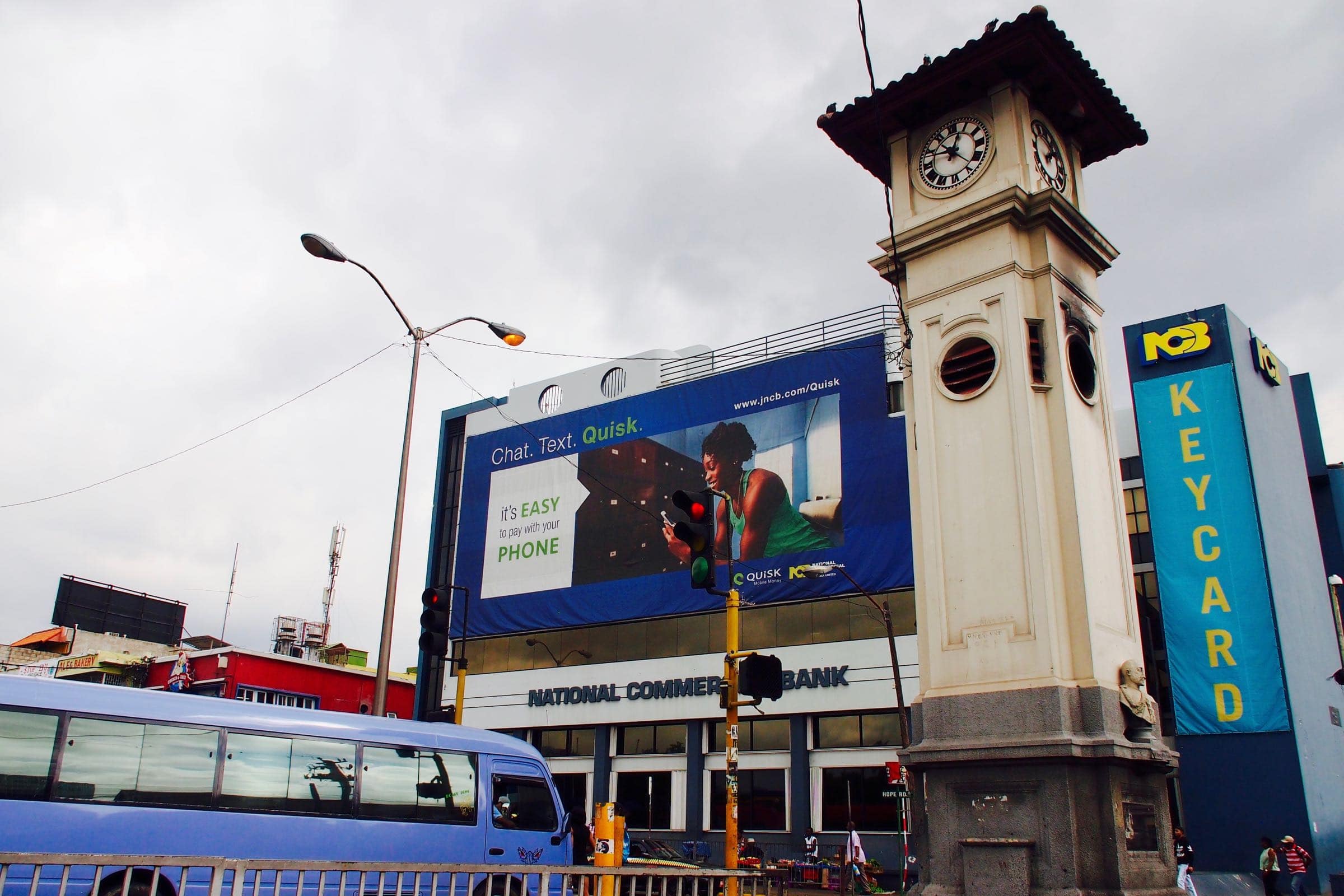 Constructed in 1913 to honor King Edward VII, The Half Way Tree Clock Tower would grow to take on extra added meaning to all Kingstonians...
116
Shares 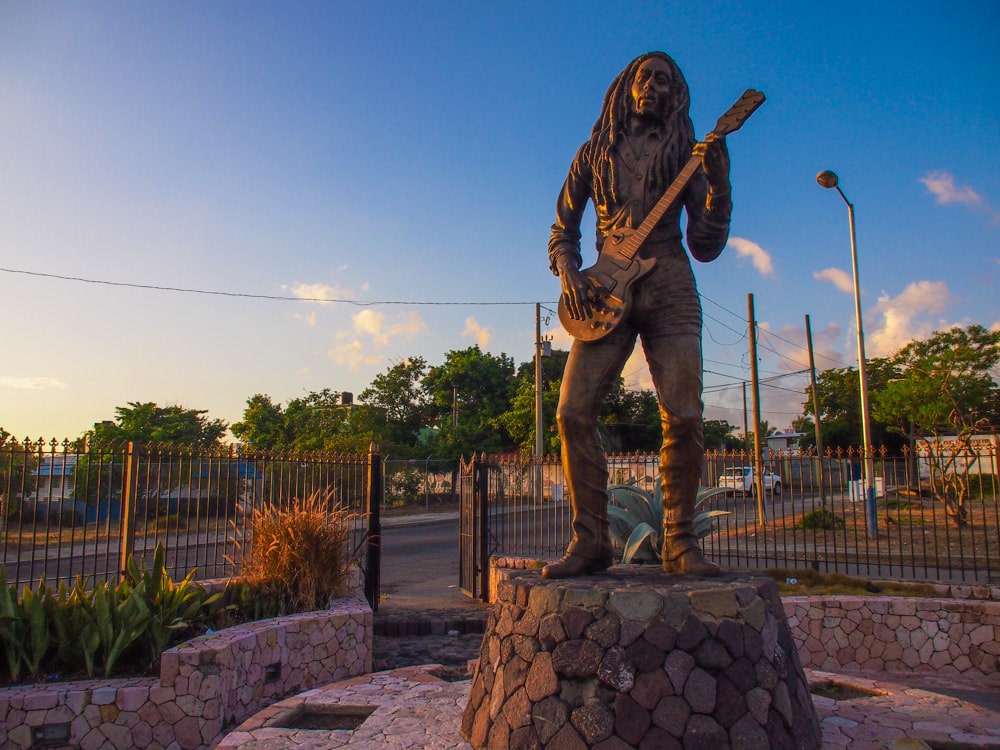 Retracing Long Ago Brushes With Bob Marley in Kingston

I'll never forget my first trip to Jamaica; to Kingston and the heart of so much of everything that has come to define my West Indianness.
4
Shares 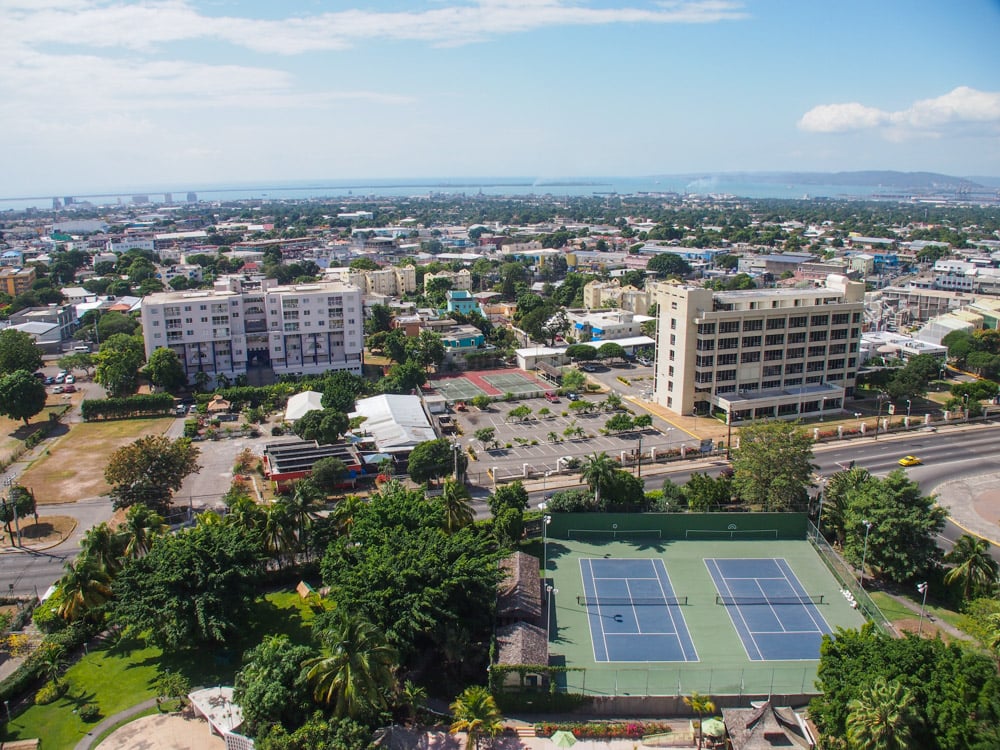 Presidential View With A Room at The Jamaica Pegasus Hotel

It's a fairly nondescript cityscape captured from a lofty perch high atop the Jamaica Pegasus hotel. Nothing special, right?
1
Shares 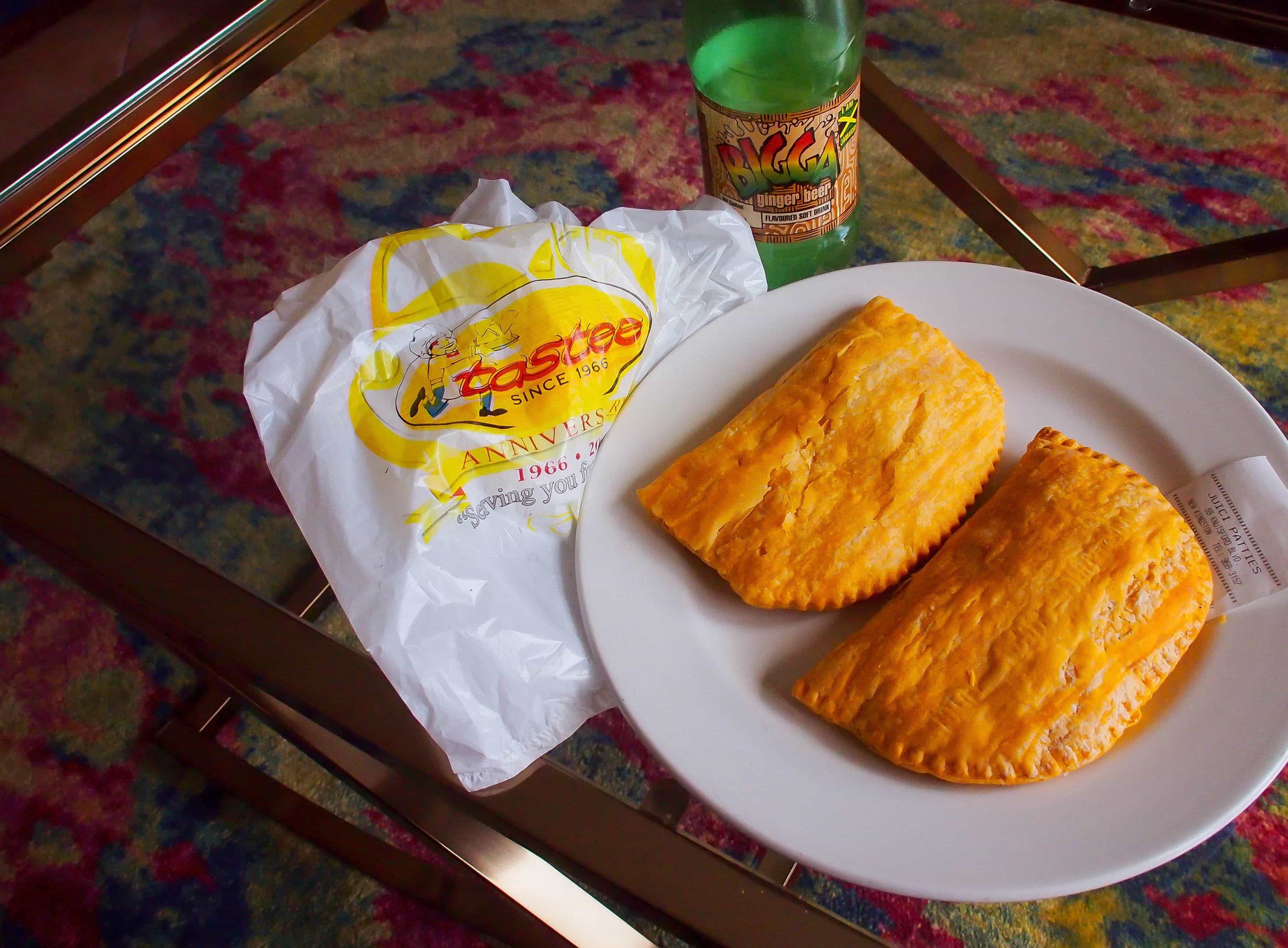 When it comes to the Jamaican Patty, there can be only one best of the best: Tastee or Juici. On my last visit to Kingston, I put them both to the test...
47
Shares
Send this to a friend