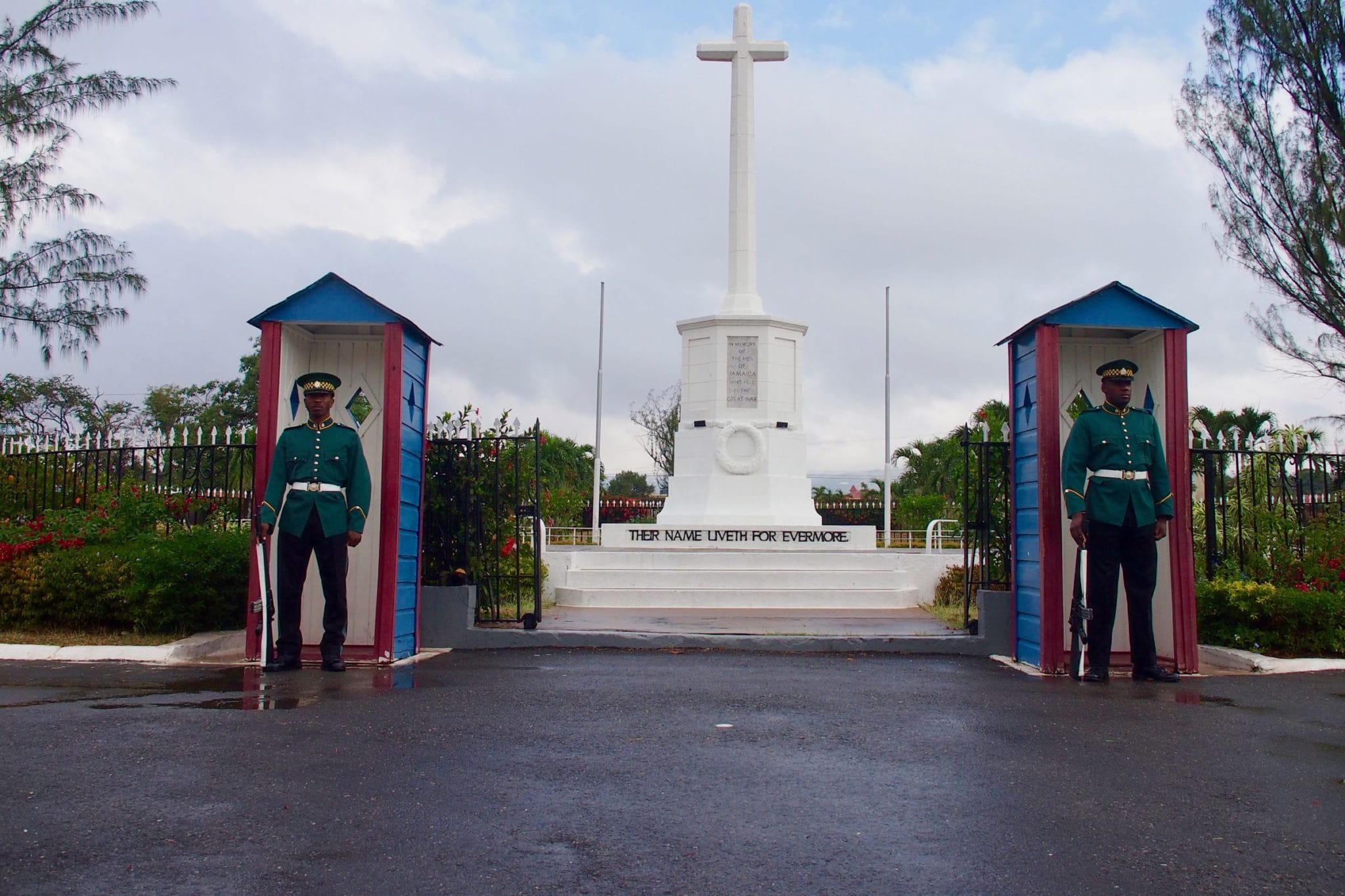 Despite the euphoria that has come with independence across much of the Caribbean over the past 50 or so years, colonial bonds to Europe remain strong in many of our islands. Some of these ties are so commonplace, so indelibly woven into the very fabric of the region that they’ve come to help define the idiosyncrasies of our islands.

Dutch architecture in Curacao, French place names in Dominica, Boxing Day across all formerly British islands – what was uniquely theirs, in many cases, has also become ours.

(It’s even said that the quintessential British tradition of afternoon tea is today more rigorously observed in Barbados than it is back in the UK!)

This brings me to the two gentlemen pictured here. 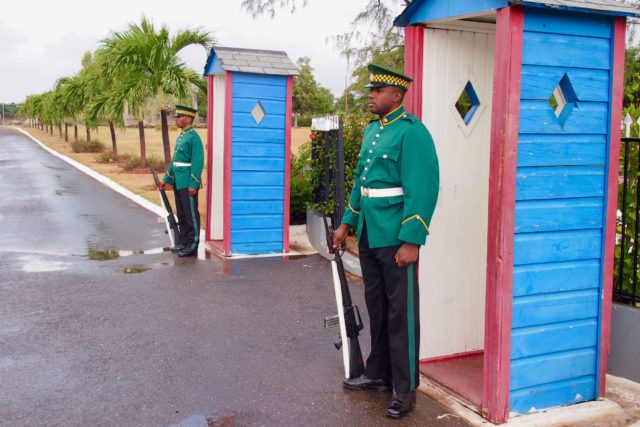 This is the Honour Guard at the National Heroes Park in Kingston, Jamaica.

Originally founded in 1783 as a race track called Kingston Race Course, the 50-acre park (the largest open space in Kingston) has evolved over the years, first becoming a memorial park for King George VI after Kingston’s horse racing Mecca was relocated over to Knutsford Park in 1905. It became National Heroes Park after Jamaica won its independence from the UK in 1962.

The Honour Guard, though, is a bit of a holdover to the British Crown. Members of the Jamaica Defense Force, they provide security for the Park, which features numerous monuments and burial spots honoring Jamaica’s most notable citizens – cultural icons, political leaders, etc. 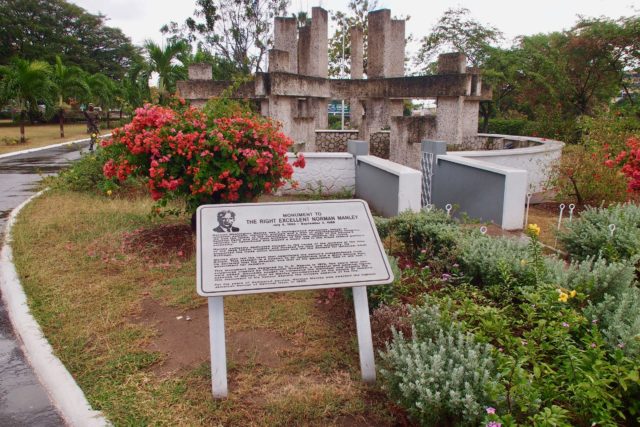 Monument To The Right Excellent Norman Manley within The National Heroes Park in Kingston, Jamaica | SBPR

They stand here all day, everyday; fully-armed, deadpan serious, stalwart, and unflinching, exactly like the Royal Body Guards who have safeguarded British Royalty for more than 350 years.

Further mimicking their British counterparts, these Jamaican Honour Guards change in a formal ceremony. it’s not nearly as elaborate as the pageantry of Buckingham Palace, but the guards here do change every hour, so you have more opportunities to experience the tradition than the once-a-day show in England.

The National Heroes Park is open daily from 6am to 6pm. You can’t miss it when traveling from New Kingston, Emancipation Park and its surrounding hotels – The Courtleigh Hotel & Suites, Jamaica Pegasus, etc, – toward the downtown Kingston business district and the waterfront.

Of all the distinctive watering holes in all of the Caribbean, Floyd's Pelican Bar in Jamaica is certainly among the most uncommon.
1.0K
Shares
🇯🇲Jamaica

There's MUCH more to do in Jamaica than sit around on the beach sipping Red Stripes in the sun.
218
Shares