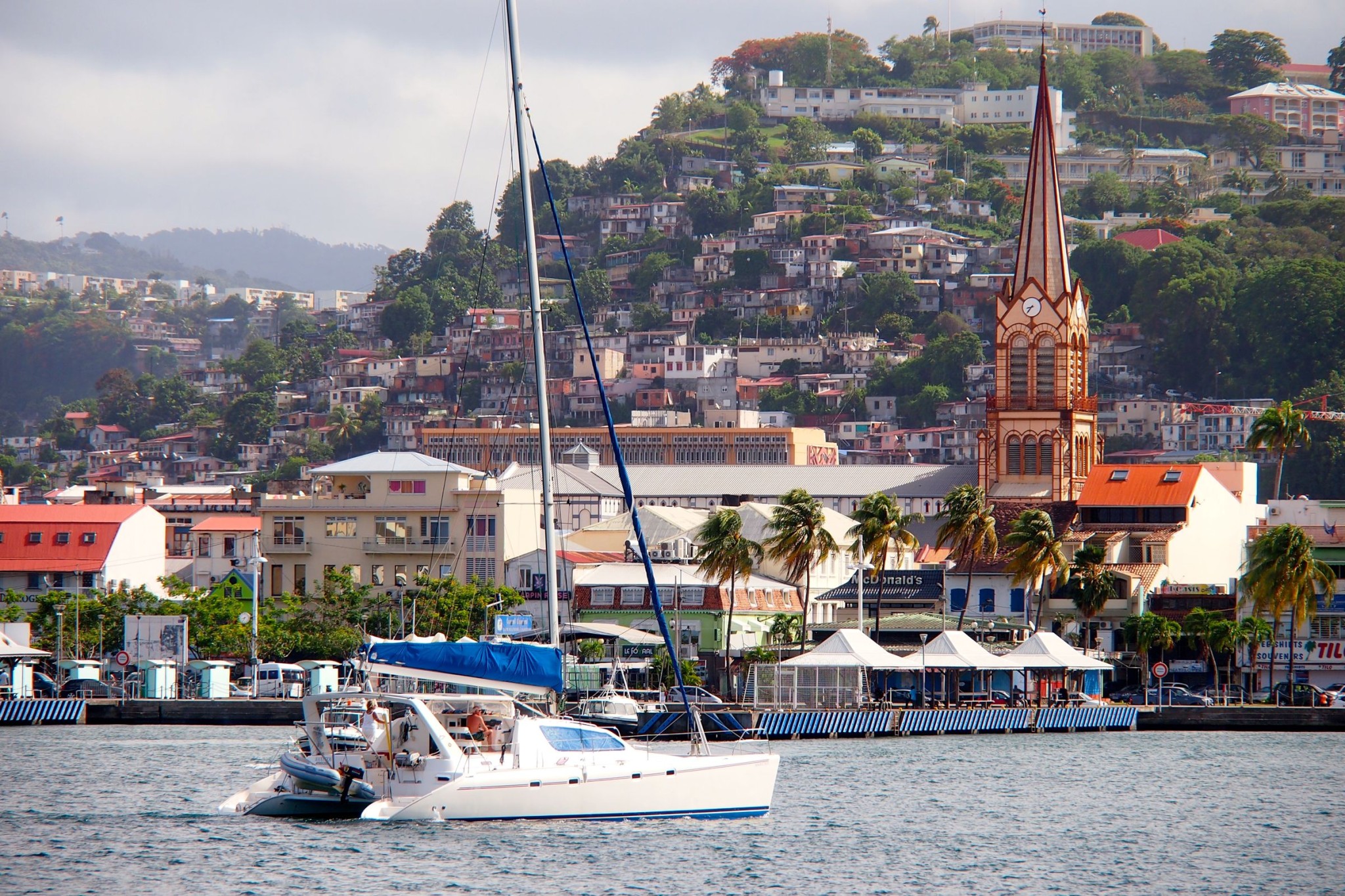 She stands out in high style among the colorfully charming collection of smaller structures that surround her; a soaring metal spire, majestic in her minimalism, seemingly connecting the earth to the heavens.

We’re not talking the Eiffel Tower, of course, though the similarity in description is fitting if you know a bit of the backstory behind Martinique’s magnifique Saint Louis Cathedral. 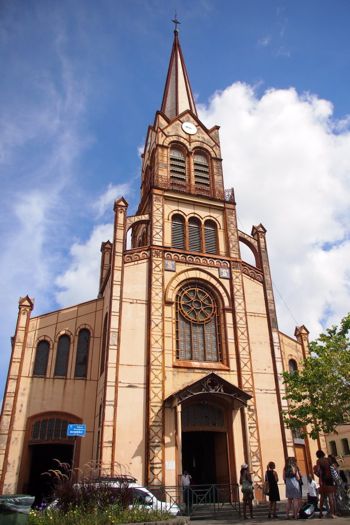 The center of the Roman Catholic Church in Martinique for more than 350 years, Saint Louis Cathedral has sat in its present location in the heart of Fort-de-France, one block northwest of the La Savane Park, since 1657. It hasn’t always looked like this, though.

The Saint Louis Cathedral you can visit in Fort-de-France today is actually the seventh such church to have graced the same location over the centuries. Foreign invaders, fires, earthquakes, and hurricanes all conspired to keep new church construction on a regular schedule between the 17th and 19th centuries. That all changed in 1895 when the current cathedral first opened its doors.

The impact of the Industrial Revolution was dominating new construction, with iron and steel replacing more tenuous building materials like wood. At the same time, a massive fire in 1890 had destroyed the cathedral and much of Fort-de-France. Rebuilding this time would yield a permanent solution.

The entire frame of the Saint Louis Cathedral is made of iron beams, earning the structure the nickname “The Iron Cathedral,” while also lending the interior a bit of classic railway station look… 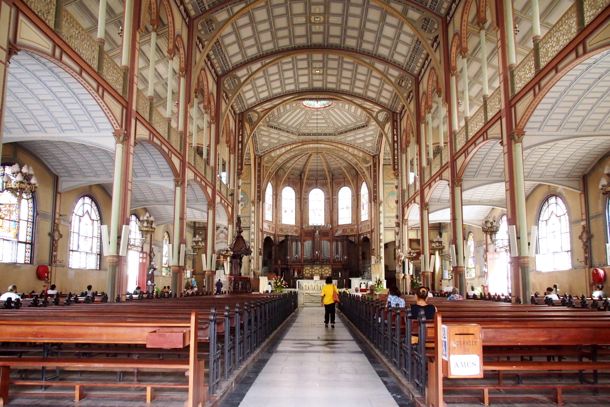 Outside, the striking Gothic Revival architectural style draws your eyes no matter where you are in the city. The steeple rises nearly 200 feet into the sky. This, combined with its distinctive light-peach color, reddish-brown accents, and Neo-Romanesque rounded window arches makes Saint Louis Cathedral impossible to miss.

All that’s great, and suggests some similarities to the Eiffel Tower, but there must be more, right?

The man responsible for designing and building the cathedral, Henri Picq, was a contemporary of Gustave Eiffel. The pair collaborated so closely, in fact, that some erroneously believed that Eiffel actually designed Saint Louis Cathedral.

It’s true that Picq’s design was inspired by Eiffel, but those who have come to love the peace, prayers, and tranquility of this enduring urban oasis really have Monsieur Picq to thank.

For more than a decade, you had to be in the French Navy to get inside Martinique's Fort Saint Louis. All that just changed a few weeks ago.
287
Shares
🇲🇶Martinique

Hovering above the sea at the Hotel Bakoua in Trois-Ilets, the Coco Bar does more than enough to entice you by just sitting there.
518
Shares
🇲🇶Martinique