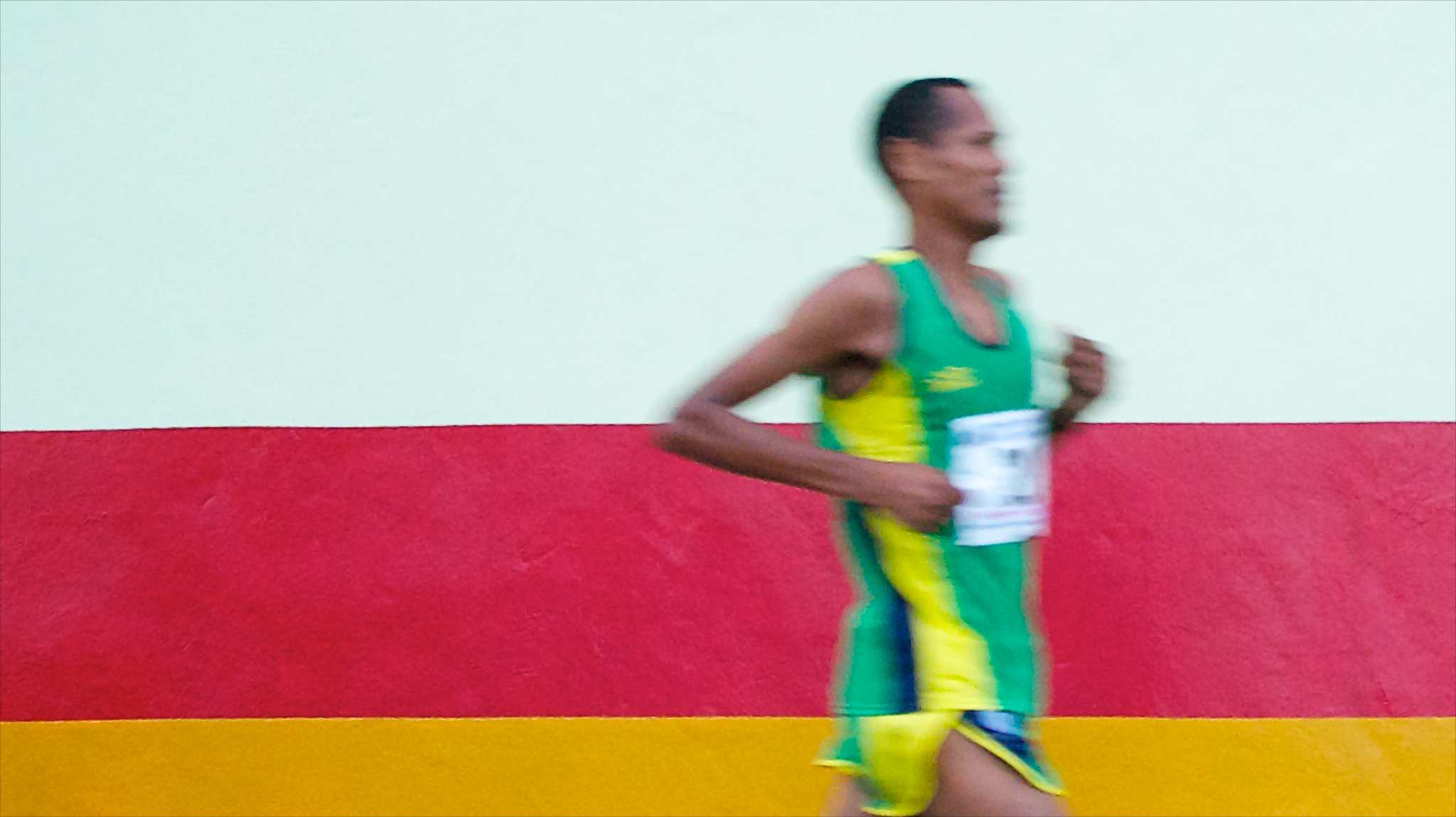 As any of our readers following along at home know, weeks of intense training/preparation including rum, roti, beer, and a little running culminated last week with team Uncommon Caribbean running the 2nd Annual Montserrat Volcano Half-Marathon.

Unfortunately, my dreams of volcano gold ended several weeks ago with a torn meniscus in my right knee, but my teammate Dave Keener wouldn’t be deterred. Not by the active volcano on the south side of the island. And certainly not by the promise of an epically mountainous hilly course that would take him a total of 3,120 ft up and a total of another 3,415 ft down!

In fact, we heard from a writer for Runner’s World also covering this year’s race, who had actually lost count of the half-marathons he’d competed in, that this was the most difficult course he had ever encountered! So how did our self-described “43-year-old ad man and banjo player” do (especially against the late coming challenger)?

Here’s the experience through Dave’s eyes:

Yes, when the ash settled on this year’s Volcano Half-Marathon, despite a valiant effort and a solid interview at the finish line, Dave didn’t bring home gold for Uncommon Caribbean – that honor went (as predicted… by himself) to Pamenos Ballantyne of St. Vincent at a time of just 1:23:43.

What was unexpected about the winners of this year’s half-marathon were the smiles on the winning women when it was announced what their prize money would be. “Prize money?” they said. Yeah, the first and second place women (American Sharon Dunn and Erin McNally of St. Kitts respectively) didn’t even know there was prize money to be won as they never expected to place, much less win! They just came for the fun of it and instead financed their trips through their stellar performances!

What should that tell you?

Well, with races all over the West Indies, there’s prize money for the taking! With a well-timed vacation and a little training, you could be subsidizing your time in paradise with the sweat from your brow. November and early December are marathon and half-marathon season in the Caribbean, so look out for races on Barbados, Nevis, Trinidad, the Cayman Islands and beyond. I know we’ll be back next year in Montserrat.

I’ve got to show what I can do, right?