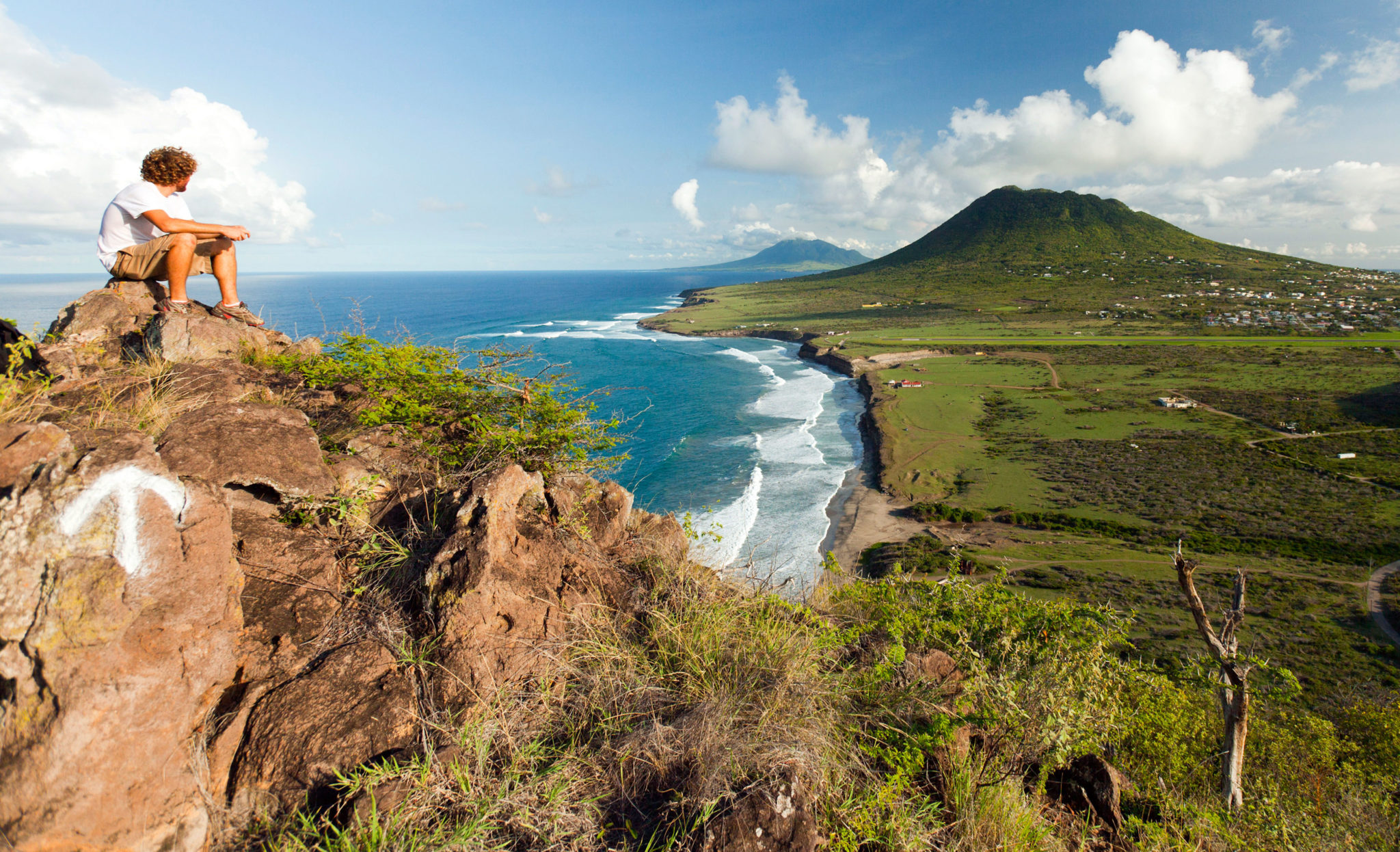 Enjoying breathtaking views from high atop a volcano is one of travel’s great rewards. Admiring a volcano from a similarly elevated perch is pretty special too, especially in St. Eustatius. This tiny island measures just eight square miles. Dormant volcanoes bookend its north–south shores. The Quill towers over the southeastern end. A cluster of five coalesced volcanoes within the Boven National Park dominate the landscape in the northwest. In-between, flat lands extend the full east–west breadth of the island. This leaves unobstructed sight lines from the peaks in the north to the Quill down south.

To experience the view featured here, you’ll want to hike the Boven Trail. This adventure starts in Venus Bay, which stretches along the eastern shores within Boven National Park. Your trek will take you north past the remains of an old sisal plantation and a distillery. An estimated two–three hours (round-trip) is all it takes to reap this reward. Strike out early enough and you should have no problem scaling the Quill for the opposite view in the same day.

Assuming you have enough energy, of course…