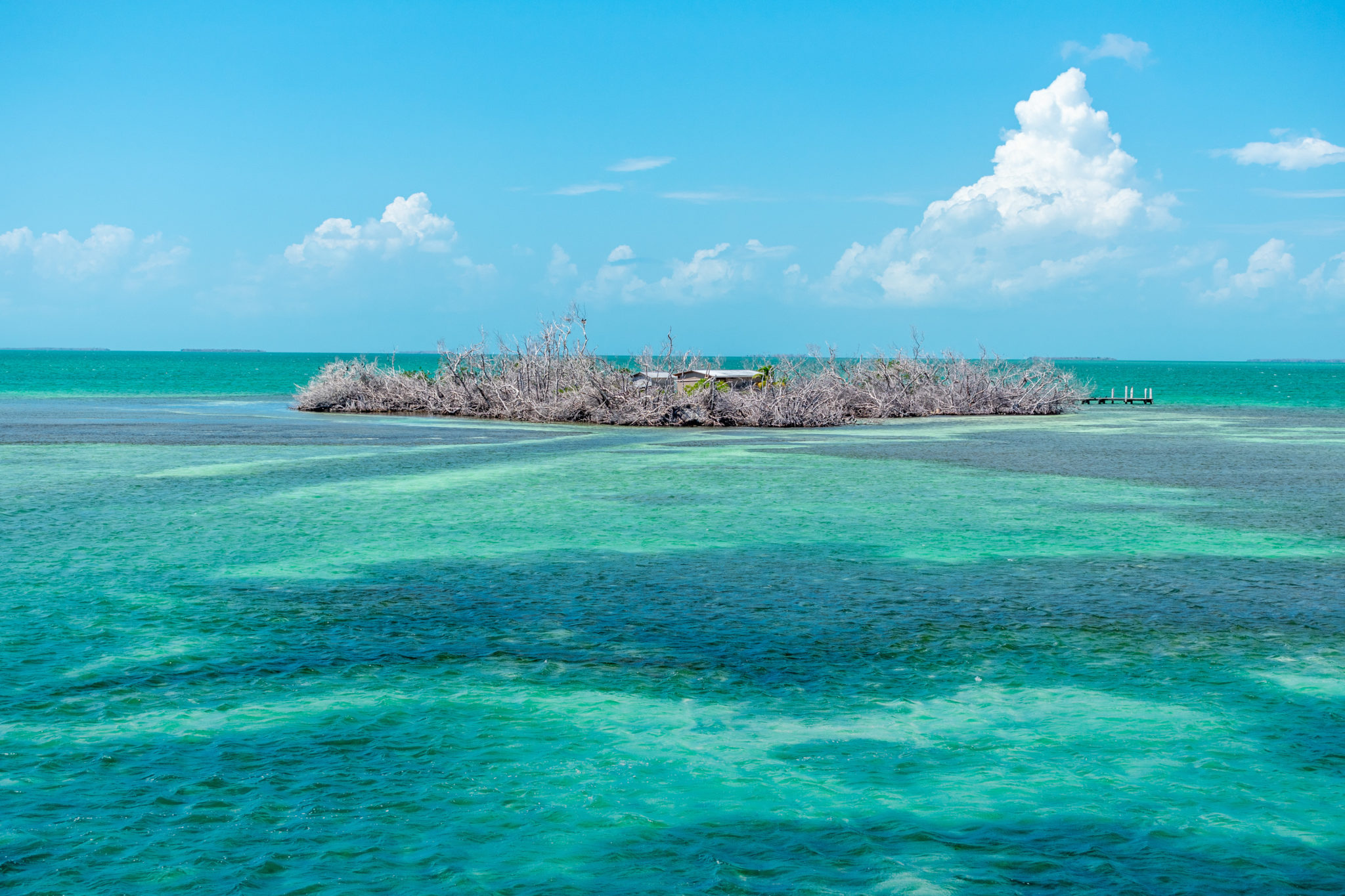 It’s all a blur once you hit Seven Mile Bridge. Dramatic seascapes and roadside curiosities of the style and type that compel many to stop and stray within the Upper and Middle Keys seem to matter much less here. After all, Key West and its famously quirky concentration of historic bars and attractions are but an hour’s drive away! The Southernmost City is, for many, the ultimate Florida Keys road trip destination, but speeding to the finish once you get past Marathon would mean missing out on sights like Little Money Key.

The islet, also known as Cyjan Island, is one of several dotting the waters astride Seven Mile Bridge. Once we spotted it just above Little Duck Key during our Toyota Rav4 Adventure, we just had to stop.

The snarl of bleached trees encircling the islet served as a stark reminder of Hurricane Irma’s visit two years prior. The extent to which nature is struggling to recover here becomes even more evident when you see what Little Money Key used to look like.

Even in its current state, though, the tiny islet remains captivating.

There’s also a bit of history wrapped up in the Little Money name adding to the allure.

Money Island, which rests nearby on the southern side of Seven Mile Bridge, is said to have been named because pirate loot was discovered there. It follows, then, that a lesser cache of ill-gotten booty may have been stashed away on Little Money Key.

Either way, don’t think you can just trek over to either islet to live out your treasure hunting fantasies. Money Key and Little Money Key are privately-owned.

To enjoy the view pictured above, just pull over and park at the Little Duck Key Wayside Park Public Boat Ramp at the southern end of Seven Mile Bridge. From there, walk the old Seven Mile Bridge section of the Florida Keys Overseas Heritage Trail. Look north as you go and you can’t miss it.