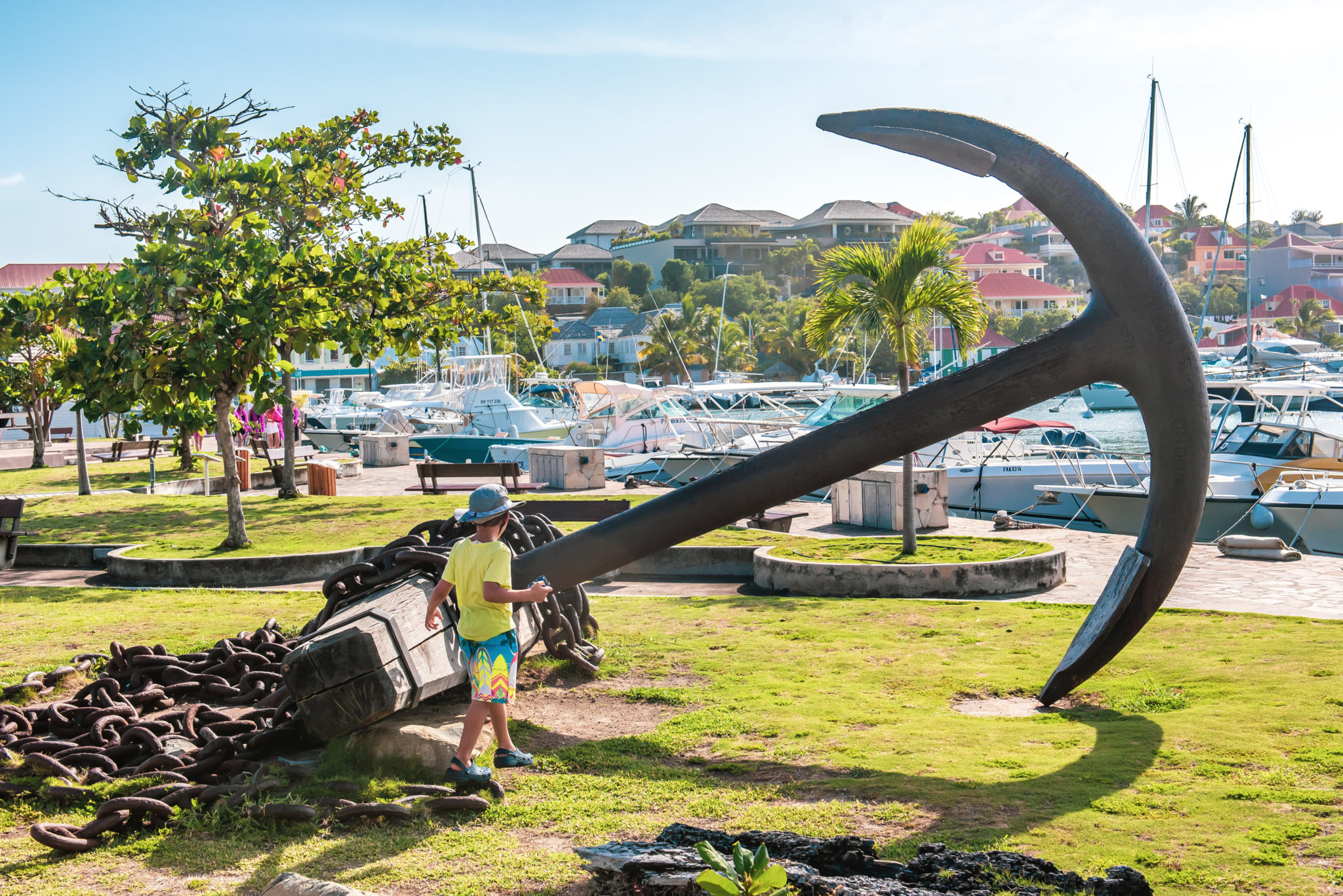 How do you find and accidentally drag a ten-ton anchor over 100 miles? This is the mystery at the center of the colossal anchor resting on the edge of Gustavia at the Square de la Retrocession, St. Barts.

OK, so let’s first start with what we know. The anchor is enormous. And yes, it weighs thousands of pounds. Incidentally, the Square de la Retrocession in which it rests at the southern quay of Gustavia harbor memorializes the return of St. Barthélemy by Sweden to France in 1874.

But then the conjecture begins.

We’re reasonably sure that the anchor was made in England thanks to the words “Liverpool,” “Wood,” and “London” that can be found etched into it. There’s also some consensus that the original owner of the anchor was a large military ship—the kind armed with 60 canons and in service from the 1700s into the 1800s.

It’s said that this ship was set upon by pirates off St. Thomas, USVI. That menacing pirate ship is usually accredited to a vessel named The Federal. Usually, it’s listed as a Brazilian ship, but based on some accounts from the time, it’s noted as being out of Buenos Ayres.

Either way, apparently, the English military ship cut loose its massive anchor once set upon by The Federal. And there it lay, just off the coast of St. Thomas, for over nearly 150 years.

Until 1981 when some other massive ship accidentally dragged it all the way from St. Thomas to St. Barts. Seriously! Cruise ship? Container ship? Who knows! But whatever it was, it must have been huge to drag such a massive anchor over 100 miles without noticing.

No matter how this mysterious marine artifact got there, it’s a fascinating and massive piece of history people walk by every day. Should you find yourself in Gustavia walking over to Shell Beach, why not stop and take a moment to ponder all this anchor has been though.