My Wish for a Taste of Saba Spice: Uncommon Envy

There are uncommon destinations and then there are UNCOMMON destinations! Saba, among the smallest enclaves in all of the Caribbean, much less the decidedly Dutch part, absolutely qualifies in the ultra-bold, all-caps category. You may want to add an extra exclamation point or two for this beauty, though. Very few places better measure-up to our uncommon style of travel, with Saba Spice, the homemade dark rum liquor pictured here, representing one of the big reasons why…

First, a bit on Saba: Essentially the peak of a singular volcano jutting up from the seafloor, Saba covers a mere five square miles of steep and unforgiving land. It’s so small and there are so few flat areas that it’s somewhat amazing that anyone ever decided to settle here in the first place. In fact, between 1493, when it was first sighted by Columbus, and 1632, when some wayward Englishmen shipwrecked here, there are no records of anyone giving life on Saba a go.

Eventually, as in other parts of the Caribbean, multiple European powers clashed over control of the island, with the Dutch finally winning out for good in 1816. Prior to that, in the 17th century, the small island was a big haven for pirates. In one of the more notorious pirate acts ever, Captain Morgan is said to have evicted Saba’s entire population of 54 Dutch and 87 slaves in 1655, shipping them off to nearby St. Maarten so that the pirates could have Saba all to themselves.

Even the pirates couldn’t have gotten on too well here, though, due to Saba’s extreme terrain. The island has no natural harbors, so for hundreds of years if you ever wanted to bring anything ashore you had to jump off your boat into the rough surf and haul it up Saba’s super-steep embankments.

Oh, there’s an airport now to make things easier… sort of. Built in 1963, the Juancho E. Yrausquin Airport is only 1,300 feet long, or about the size of an aircraft carrier, making it the shortest commercial runway in the world!

So, even now, it ain’t so easy to get yourself, or anything, in or out of here…

Once you get here, getting around is no piece of cake either. There’s only one road, aptly called “The Road.” It was only fully completed in 1958. That’s 318 years after the island was first formally colonized by a group of Dutch settlers from Statia.

So, not only is the island itself isolated, but so too are most places on the island… This is exactly what makes Saba Spice so intriguing to me.

The free and relatively easy movement of goods and people throughout the rest of the Caribbean has facilitated the adoption of various cultural and culinary traditions all across the region. Look at the Parang and Bursting Bamboo traditions we shared with you last month. Both originated in Trinidad, but are celebrated widely across the Eastern Caribbean.

Now imagine something like Saba Spice, a sweet, homemade rum-based liquor developed and cultivated in this largely sequestered small place. The women of Saba have been making this stuff in their kitchens for generations, each household employing its own, unique combination of spices handed down through the ages to create one-of-a-kind flavors.

Imagine how different Saba Spice must taste versus spiced liquors from other islands? Imagine the variations from house-to-house all throughout Saba?

Sounds to me like a rum journey we just have to make!

If you’ve been to Saba and can clue us in on Saba Spice, leave us a comment below, or drop us a line here. 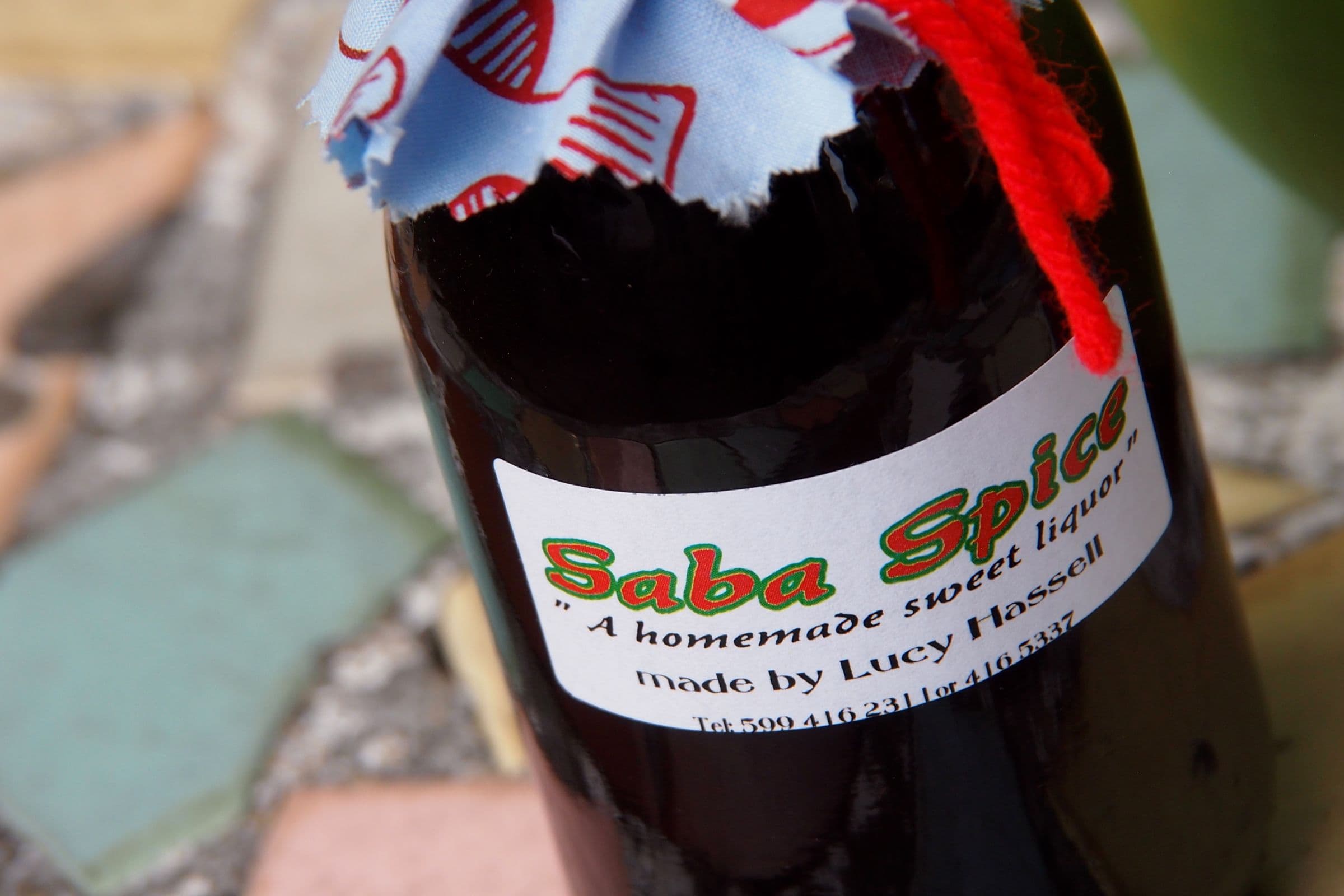 Like everything else I experienced on my recent first-ever trip to Saba, my first-ever taste of Saba Spice left me entranced and wanting more.
176
Shares 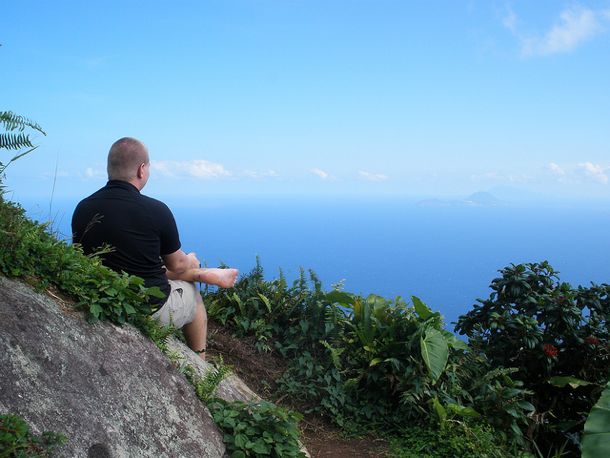 Admiring the view from atop Mount Scenery: Wish You Were Here

Admiring the view from atop Mount Scenery, the highest point on the island of Saba, as well as the entire Kingdom of the Netherlands.
7
Shares 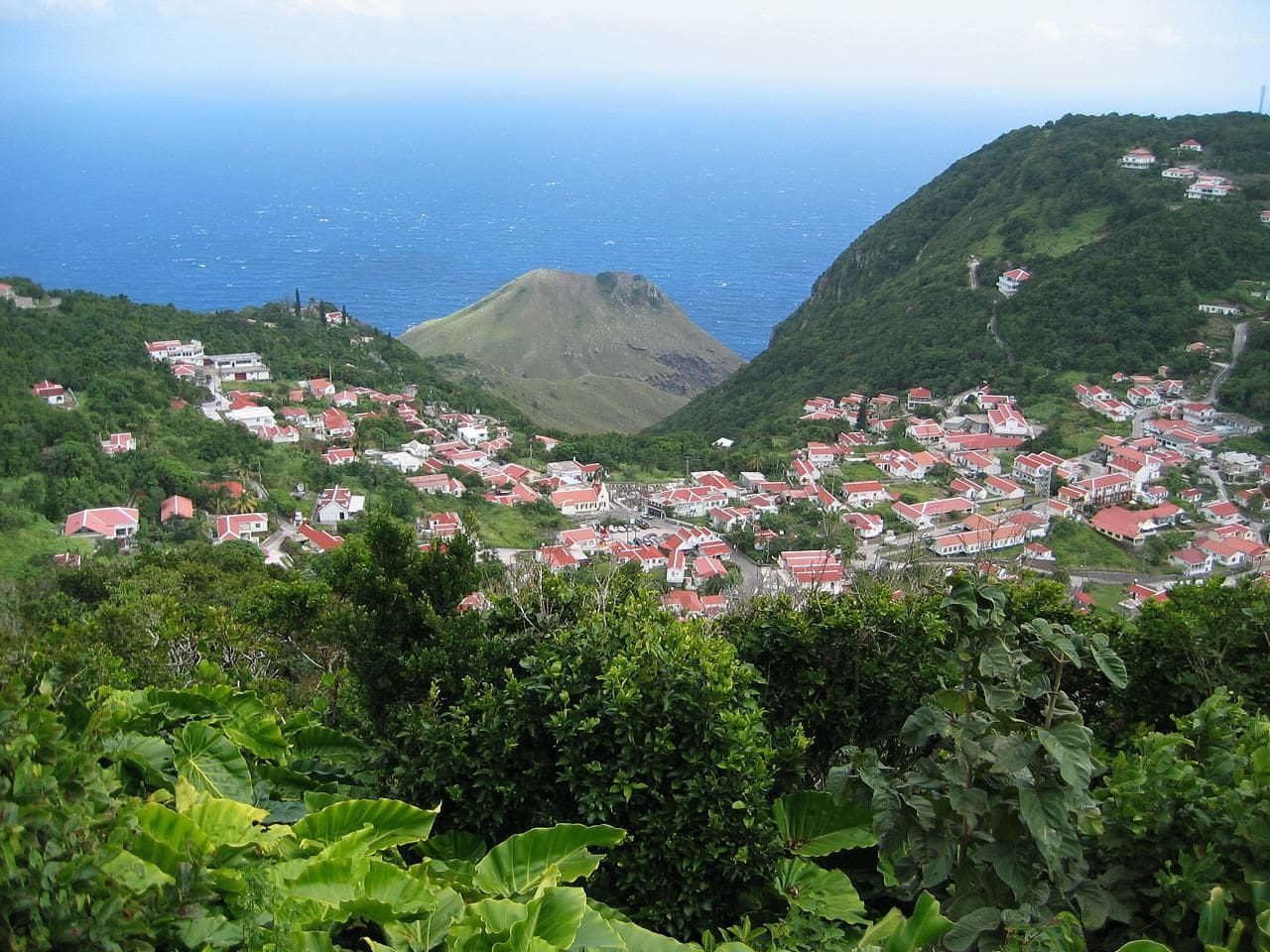 Saba, seems to be the perfect destination for me. I mean, you can't get any more uncommon in the Caribbean than an island without any beaches, right?
328
Shares
Send this to a friend