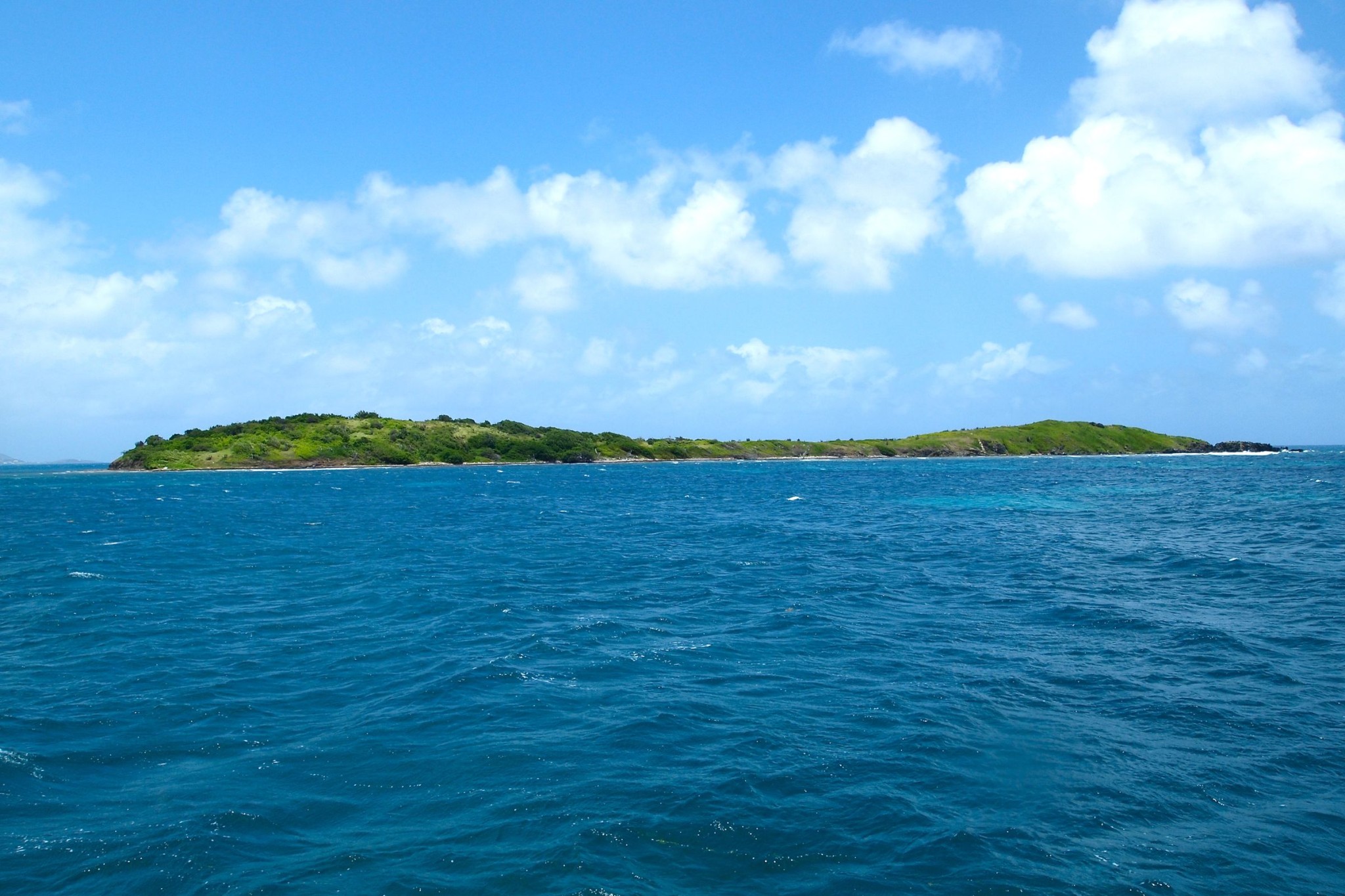 Most people that know most anything about our home island of St. Croix know a bit about Buck Island, the 176 square-miles of uninhabited (at least by humans), yet fully protected U.S. National Park located a mile-and-a-half off St. Croix’s northeastern shore. Day sails here are the most popular excursions among visitors to St. Croix and locals alike for a reason – it really is all that!

Buck Island, however, isn’t the only piece of protected paradise sitting off St. Croix’s shores. Green Cay, pictured above, may be less known that its larger neighbor, but it’s no less important to St. Croix’s ecological well-being.

Established as a U.S. National Wildlife Refuge in 1977, Green Cay is a thin, elongated stretch of earth seekingly peeking just above the waves. The whole island measures just 14 acres, which might lead you to think that no one would’ve ever bothered with it.

Science, though, begs to differ.

Based on a study of the thousands of conch shells buried in her substrate, it’s estimated that humans occupied this small patch of land as early as 1020 AD!

These days, though, you won’t find anyone here. I don’t just mean it’s uninhabited like Buck Island is, allowing for visits, but no permanent residents.

No, at Green Cay, people are actually forbidden from setting foot here at any time.

If you’ve ever been to St. Croix, then no doubt you’ve seen tons of lizards. We have a few different varieties, usually no bigger than your hand, that happily make themselves at home most anywhere they please, not bothering anyone in any way.

What you probably didn’t see, however, is a St. Croix ground lizard. Heck, I grew up there and I don’t think I’ve ever seen one either!

These little guys are severely endangered, thanks to the hordes of mongoose brought to the island centuries ago, some say to rid St. Croix of snakes.

There are still tons of mongoose (and no snakes) on St. Croix. There are also no St. Croix ground lizards. One of the only places they still exist is Green Cay.

For the well-being of these endemic creatures, Green Cay has been closed off to humans, who may be careless enough to bring a stowaway mongoose along, for almost 40 years!

It’s nice to think we’ll be able to go to Green Cay someday; to see and experience what nature can do when left to her own devices for such a long period. Time will tell, I suppose, but for now Green Cay is best admired from afar.

It's not the sexiest side of St. Croix; at least, I imagine, not to most people. Personally, though, I love the wild natural beauty of Hams Bay.
237
Shares
🇻🇮St. Croix

Somehow, as sadly seems typical of most religions, Catholics and Protestants couldn't see fit to coexist nicely on St. Croix... not even in death.
4
Shares