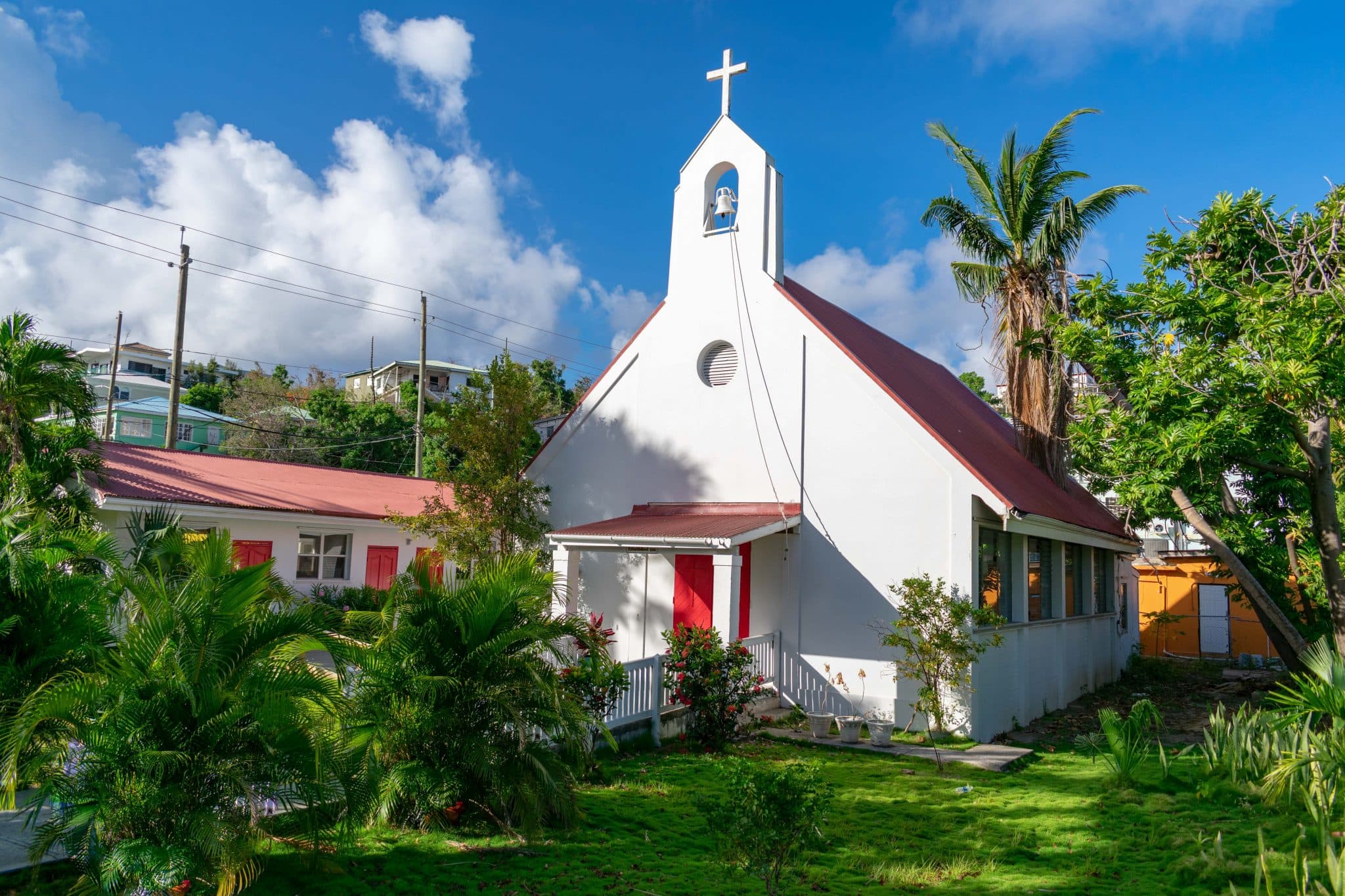 It stands out quite a bit sitting as it does in the heart of downtown Cruz Bay. For me, St. John’s principal town has always been a party spots; an adult playground seemingly built on the notion of letting the good times roll… even if they roll straight over you leaving you passed out beneath a Hobie Cat on the beach.

(That’s a story for another day.)

In the midst of it all, though, you’ll find as charming a little chapel as exists anywhere in the Caribbean – Nazareth Lutheran Church.

Located mere steps from the water and surrounded on all sides by all manner of bars, nightclubs, and various other dens of iniquity, Nazareth Lutheran has served as a bastion of the Lutheran faith in St. John for a good 300 years!

Well, at least that’s what one might be led to believe by the 1720 date inscribed above the entrance. That year is actually meant to reflect the initial founding of the Nazareth Lutheran Congregation in St. John. The structure itself was built in 1958, which better explains its simple, more modern mid-century architecture.

No matter which date you go by, it’s obvious by its location that this humble, little church has served as an integral part of the St. John community for quite a long time.

Considering how well it weathered hurricanes Irma and Maria just last year (I snapped the pic above in May 2018), I’m sure we can count on Nazareth Lutheran Church sticking around, and standing out, in Cruz Bay for many years to come.

Rejoicing in Cinnamon Bay, St. John: Wish You Were Here

Few places in St. John, or anywhere else in the Virgin Islands for that matter, offer such awe-inspiring views as those on offer atop Peace Hill.
14
Shares
🇻🇮St. John

They mirror each other – fluffy white clouds sprinkled across a vibrant blue sky; lush green islets dotting the azure sea below. Travel along the north coast of St. John and you'll find scenes like this repeated all along the roadside.
82
Shares