How hungry are you?

It’s not the kind of question you usually get posed to you upon entering a fine dining establishment. It’s more the kind of thing your mom or grandmother might ask when you come over for Sunday dinner, never really intending to pay any attention to your answer.

To them, you’re always hungry, or at least could always use more food, and they’ll be damned if you leave their house without getting it.

At Le Ti Coin Creole Grill in Grand Case, though, the question, along with the requisite motherly disregard for your answer, more than fits.

A colorfully cozy local restaurant anchoring the extreme north end of Restaurant Row, Le Ti Coin has earned a well-deserved reputation for serving some of the finest local seafood dishes in St. Martin over its 15-1/2 years in business. This is where you go if you want gourmet-style local creole cuisine; a sort of luxury lolo, though still carrying the same laid back West Indian vibe you can get at Sky’s the Limit and Scooby’s just down the street. 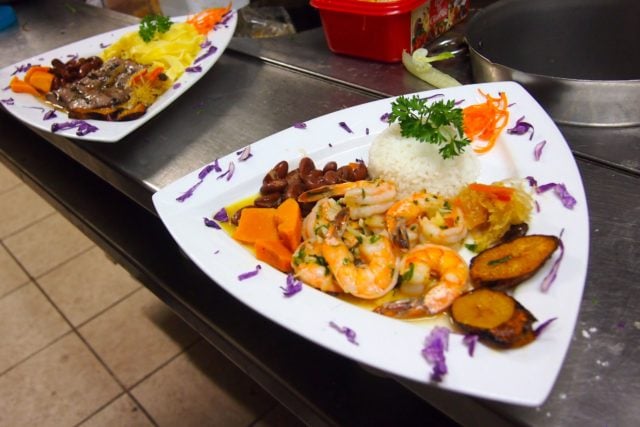 Le Ti Coin is more quiet than the bustling lolo’s; more like dining at the home of a family member or close friend, an authentic vibe born of the fact that the restaurant is actually housed in the home of the chef/owner, Carl Philips.

Two or three generations of my family have lived right here. 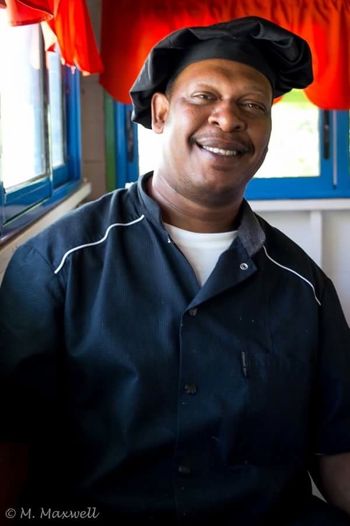 Chef Carl, who describes his culinary creations as “finesse creole food,” still lives at the restaurant with his wife and son, both of whom I met in the kitchen, mom helping son with his homework just as you’d see in most any family home on a school night.

Chef Carl is obviously someone who truly values stability.

Even the menu at Le Ti Coin is as old as when they started, though Carl often gets creative with his staples, adding little touches and special flavors here and there to ensure you never eat the same thing quite the same way twice.

He also likes making his customers happy. I wasn’t too terribly hungry when I arrived here for dinner on a Thursday night in late-April. I know I expressed as much to Chef Carl.

Still, look at the heaping plate of Lambi Creole he set before me! We had only just met for the first time minutes earlier, but yeah, I, like everyone else that comes to Le Ti Coin, was family.

One of the signature drinks at Le Piment on Orient Bay, St. Martin the Mojales is styled as somewhat of a new and improved Ti' Punch.
59
Shares
St. Martin/St. Maarten

You settle back into your chair, your mind completely set at ease among the dancing lanterns and beach-chic serenity of Le Temps des Cerises, St. Martin...
2
Shares
St. Martin/St. Maarten