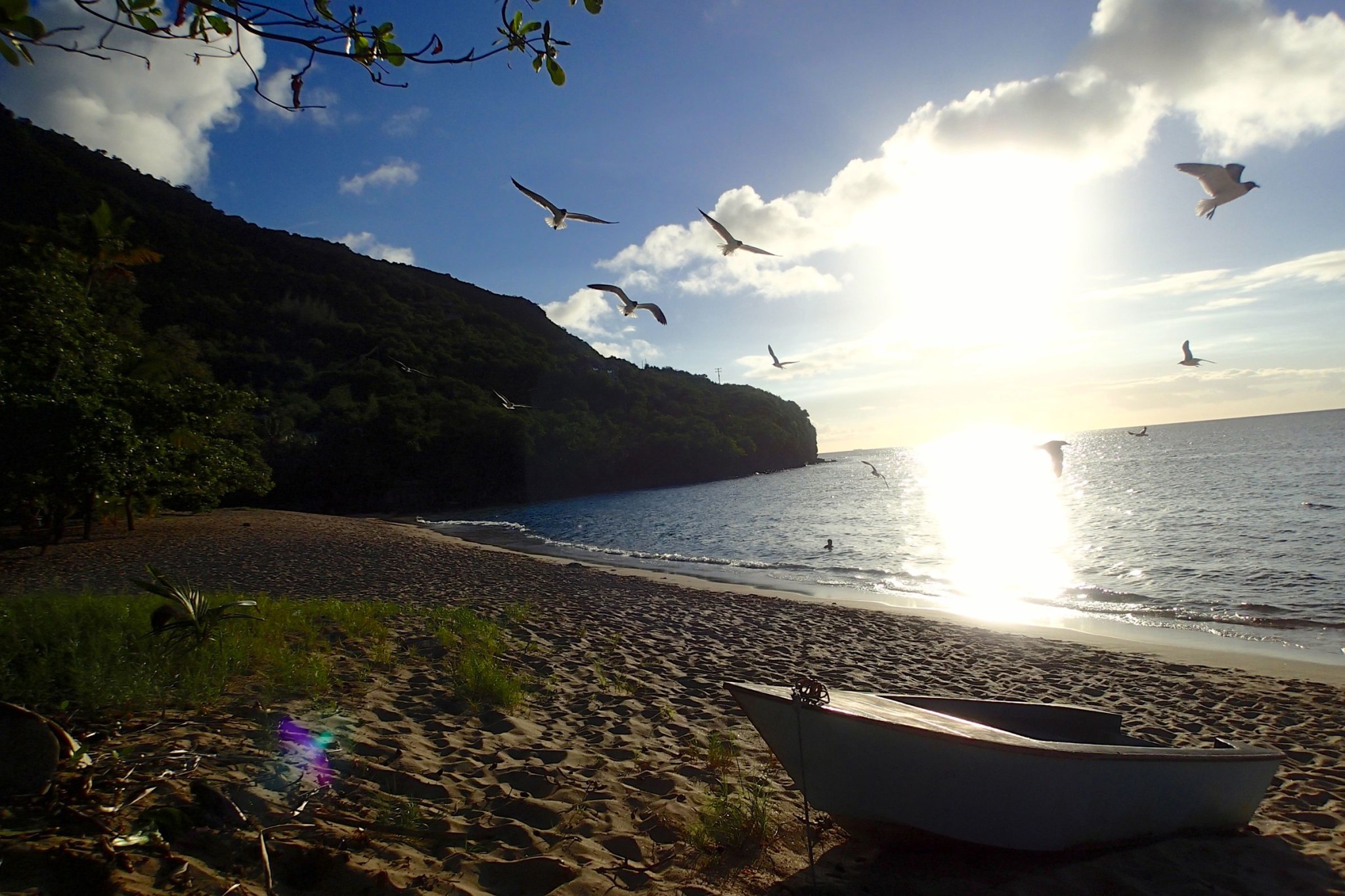 Savoring Stingray for the First Time: Taste of the Caribbean

Taken together, in and of themselves, these three elements always add up to a good time. As in much of the Caribbean, Sunday afternoons in Bequia bring the locals to the shore. Time to relax; to lime with family and friends; to take a sea dip, drink, eat, and watch the weekend fade away.

Lower Bay, I was told, was the best spot to partake of the real local flavor, so after wrapping up my nearly successful hiking adventure around Bequia Head, I hitched a ride to this spot… 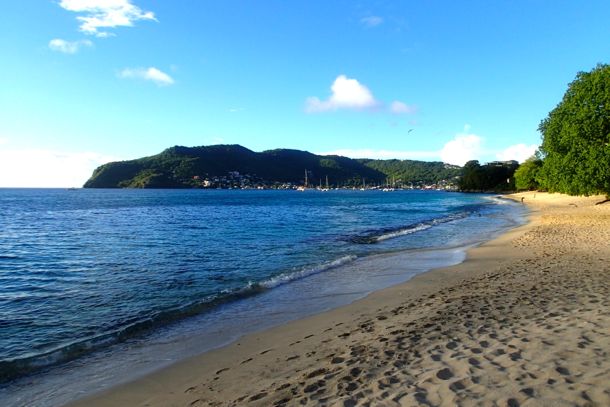 It was around 5pm, and as you can see, the larger party groups had either gone home, were fixing to do so, or had retreated to the small collection of bars lining the beach. None of those options sat right with me just yet, so I decided to wander down the beach to see what, if anything, was going on.

Past De Reef, Bee’s Cafe and the other more formal beach bars, I found Wesley. 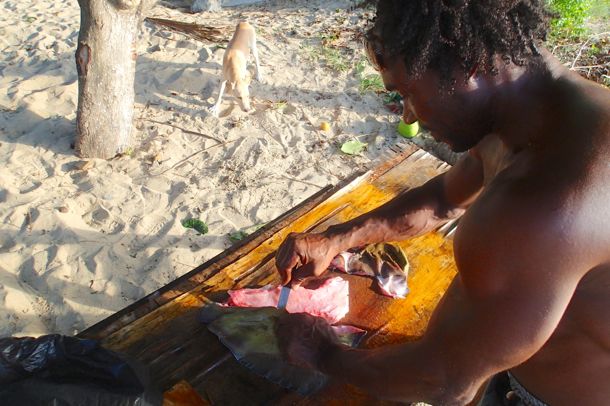 Working away atop a rotting piece of wood, supported by some equally challenged saw horses, Wesley was the picture of mellow, cool, and friendly. We made conversation easily, like old acquaintances, chatting about the beach party I’d just missed and life on Bequia in general. Three rastas sitting nearby split a joint with an elderly woman. A dog wandered by looking for scraps. Seagulls sang while the sun sagged further down the sky.

Distracted by the scene, it was a good while before I even thought to ask what type of fish Wesley was cleaning. His surprising answer:

I had, of course, enjoyed many different fruits of the sea, some more notoriously exotic than others. Stingray, however, was a new one for me. I couldn’t remember ever even hearing of anyone eating it before.

Want to try a taste?

Cooking over a crude grill dug in the sand, the fire stoked primarily with wood and bush gathered nearby, Wesley combined the thin stingray meat with some breadfruit, seasoning and sauteing them together before serving it up on a banana leaf.

By now it was dark. We shared a couple beers I purchased at a nearby shack, the only payment he’d accept for the food. The flickering light from the fire danced across my surprise stingray platter. Waves continued to crash along the beach. The dog came back. More laughter, another beer, and a toast to a new friend.

If you’re ever on Lower Bay on a Sunday and want to hook up with Wesley, just walk down to the southern end of the beach. He says he’s usually there on Sundays doing his thing…

There's a certain avaricious undercurrent to every visit I make to the Grenadines. It's not about food, rum, vile temptresses, or any other such vices.
246
Shares
🇻🇨Bequia

Industry Bay, Bequia is not the kind of beach you'd ever find on any major media Top 10 Caribbean Beaches list, something that suits me just fine.
659
Shares
🇻🇨Bequia