For such a small place (just 2.32 square miles!), Terre-de-Haut has a surprising number of great beaches. The petit and picturesque tropical paradise within the Îles des Saintes, Guadeloupe is home to more than 10!

Anse Crawen is not the best of them.

Located at the end of the road that leads to the farthest reaches of the island’s southwestern edge, Crawen’s shoreline is a little craggy in spots, rocks beneath the waves, particularly to the left, requiring one to enter the water with caution.

The sand, too, is not most everyone’s ideal, grey streaks reminiscent of La Grande Soufrière volcano on nearby Basse-Terre in stark contrast to the crisp white shores found elsewhere on Terre-de-Haut.

For me, though, Anse Crawen couldn’t have been nicer.

From here, four neighboring Îles des Saintes can be clearly seen –– Le Borg, Les Augustins, La Coche, and Grand-Îlet all tempting a bit of island-hopping from the Crawen shore.

Venture here in the mid- to late-afternoon hours as I did a few months ago and revel in the dynamic effect the fading light has on the blues and greens of the surrounding seas.

That Crawen also carries a reputation as Terre-de-Haut’s clothing-optional beach may have also added to its appeal for me… maybe. 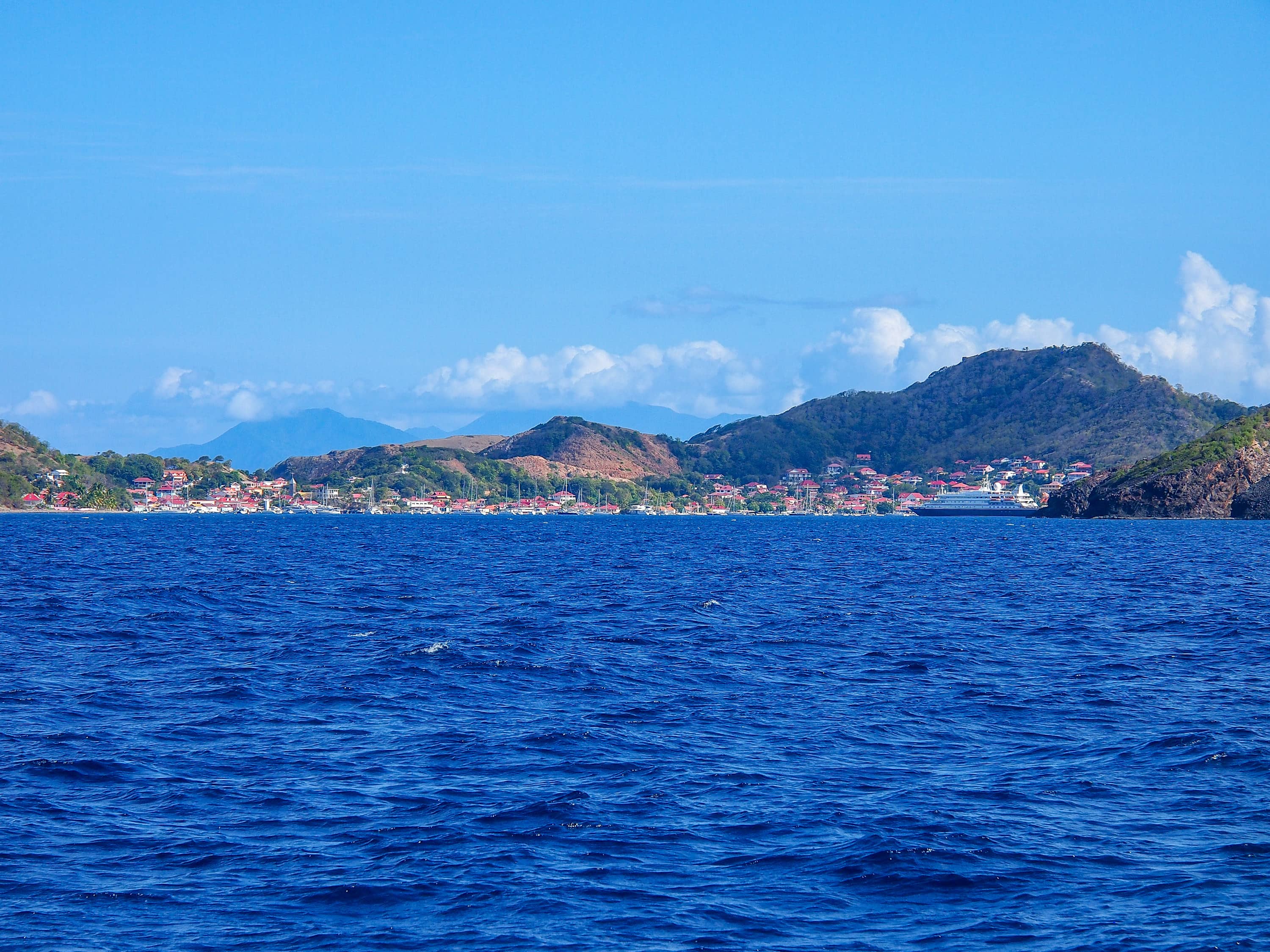 The butterflies in my belly intensified with every passing second. Terre-de-Haut, the jewel of Les Saintes, was only 45 minutes away.
41
Shares 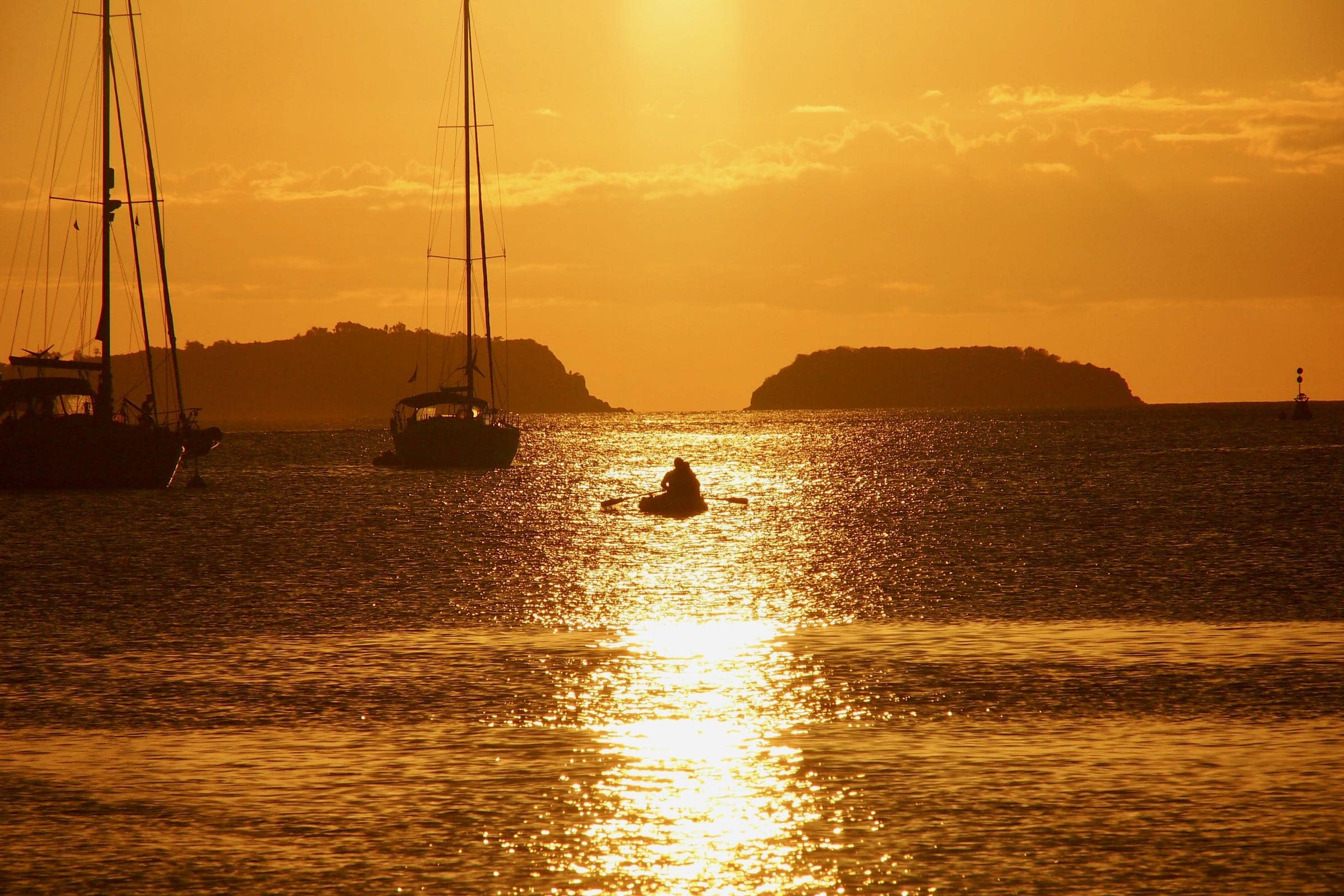 A dinghy for two with a pair of oars to match and not much else...
4
Shares 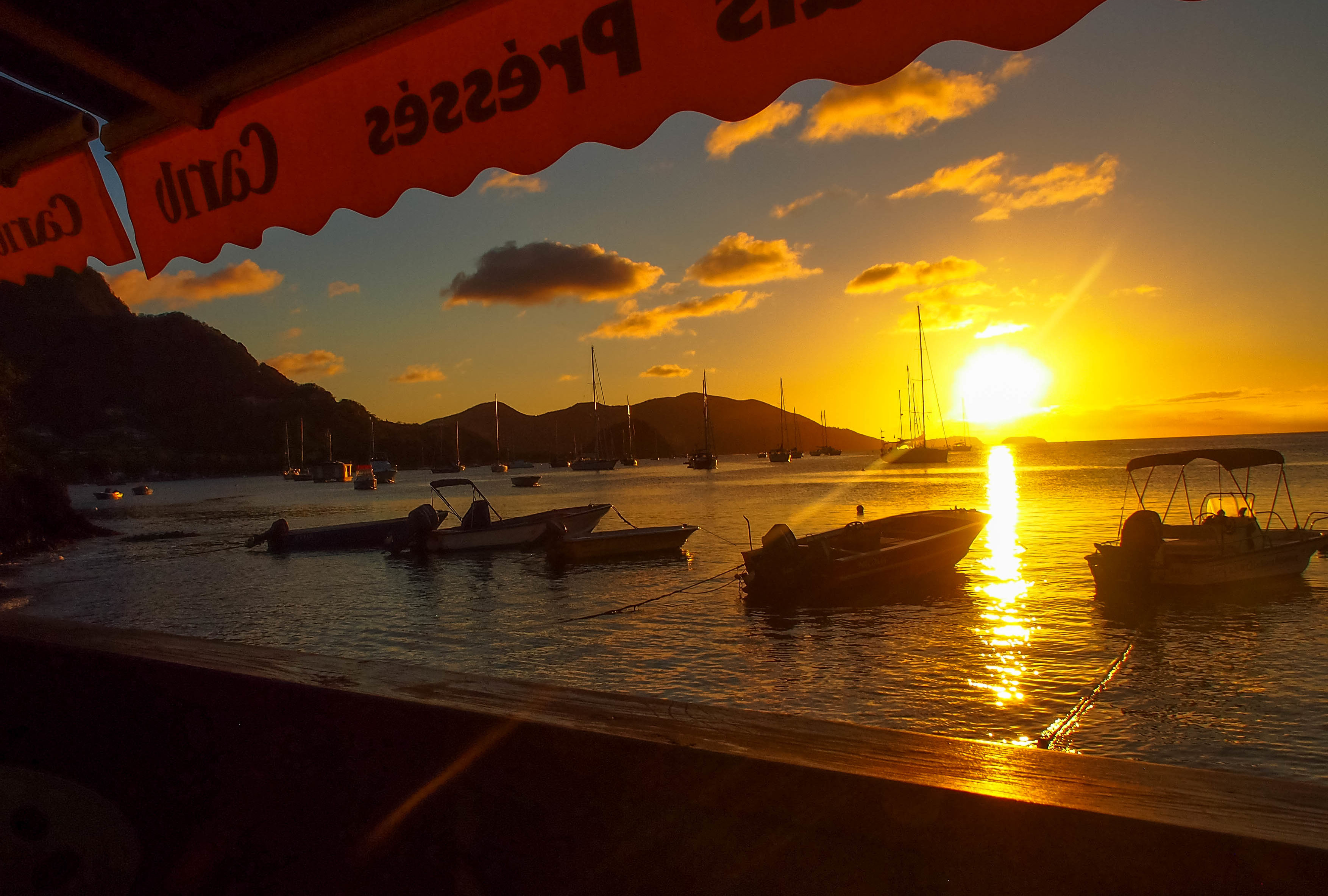 Experiencing sunrise from the highest point of Terre-de-Haut took my breath away. The Sunset show in this special place is equally as amazing.
1
Shares
Send this to a friend