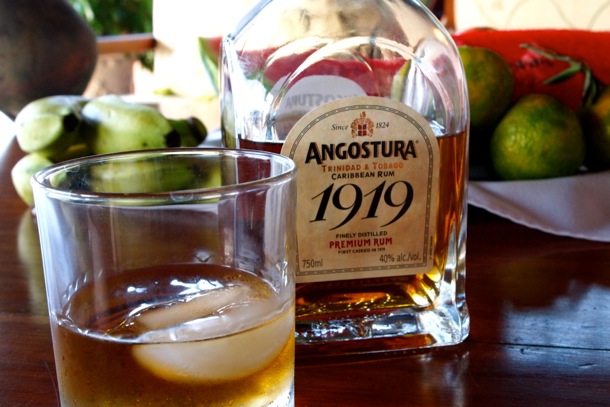 Angostura 1919 as enjoyed by me at The Villas at Stonehaven, Tobago/SBPR

Uncommon travelers, by definition, are oddballs. We seek the roads less traveled by the masses, the cuisine most consumed by locals, and the type of deep, authentic cultural experiences that enrich not just our fleeting moments abroad, but our entire lives.

In this sense, when it comes to rum, Angostura 1919 should be our favorite. The reason relates as much to this fine rum’s history, as it does to its exceptional richness and flavor.

The legend of 1919 starts with a raging fire in 1932 Port-of-Spain that destroyed the Trinidad and Tobago Government Rum Bond. The devastation seemed complete at first, but while picking through the wreckage, salvage workers came across a handful of barrels that miraculously survived.

Now, you might think this would be the part of the story where Angostura comes in, acquires the miracle barrels and creates the manna that is the 1919 we all know and love today!

Err, not so fast.

The real visionary here was a man named J.B. Fernandes. Rum historians, and LONG-time UC readers may recognize the name from the old Fernandes Rum brand, a former competitor to Angostura. Back in the day, Fernandes produced a number of different blends that were very popular throughout the country – Black Label, Forres Park, Vat 19. 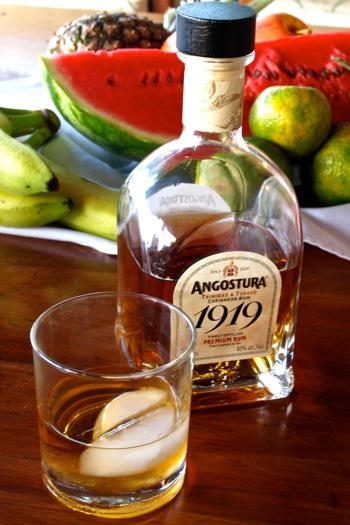 What J.B. found inside those charred barrels, however, would top them all.

The miracle barrels that Fernandes acquired dated back to 1919. The rum they held had aged marvelously, so he used it to blend a new product: 1919.

In short order, 1919 became the preferred rum of choice rum in Trinidad. Its popularity was also high outside of the region, as Mr. Fernandes maintained a habit of sending cases to Trinidad-born servicemen fighting with the Allies in WWI, no doubt making the Trini troops among the most popular in the ranks.

In 1975, the Fernandes Distillery was acquired by Angostura, bringing many of its legendary brands under the Angostura umbrella. Still, it wasn’t until 2001, after years of careful research, testing and development, that Angostura re-introduced 1919 to the world. In doing so, Angostura’s master blenders were careful to replicate the same techniques and production principles developed by Mr. Fernandes in 1932, producing a masterpiece which at its core is not a quintessential Angostura rum.

1919 started its life as a Fernandes brand. The Angostura 1919 of today is a recreation of the original.

So says John P. Georges, Angostura’s Master Distiller. I recently attended a seminar he led during the 2013 Angostura Global Cocktail Challenge at the Hyatt Regency Trinidad, where I had the opportunity to sample a range of marvelous Angostura blends. Seeing, smelling and tasting 1919 alongside a few of its rum brethren – 1824 and Angostura’s five- and seven-year-old rums – the differences were obvious.

The other Angostura’s carry a darker, more reddish color owing to the special caramel that Angostura produces itself from cane sugar and adds to all its rums.

In the glass, 1919 exudes a brilliant golden-brown hue that sparkles in the light like tinsel. On the nose, prepare to be swept off your feet by sweet notes of toffee and caramel, though not quite to the sweetness level you get from other Angostura rums.

Believe me, he ain’t kidding! Angostura 1919 caresses the tongue and lips with the magic of a first kiss. Passionate, enveloping: it’s easy to lose yourself in this rum.

For me, the overwhelming taste sensation is vanilla, with the toffee-caramel sweetness lingering nicely in the background. There’s a light burn enjoyed neat that dissipates quickly, urging you back for more.

Indeed, 1919 is an oddball compared to other traditional Angostura rums. To me, though, it is the differences in 1919 that make the Angostura brand all the more stronger, offering exceptional blends for rum lovers of all tastes… especially uncommon folks like us.

The Trinidad cocktail is a quick, easy, and stiff rum drink that soothes the pain over missing Trinidad Carnival.
130
Shares