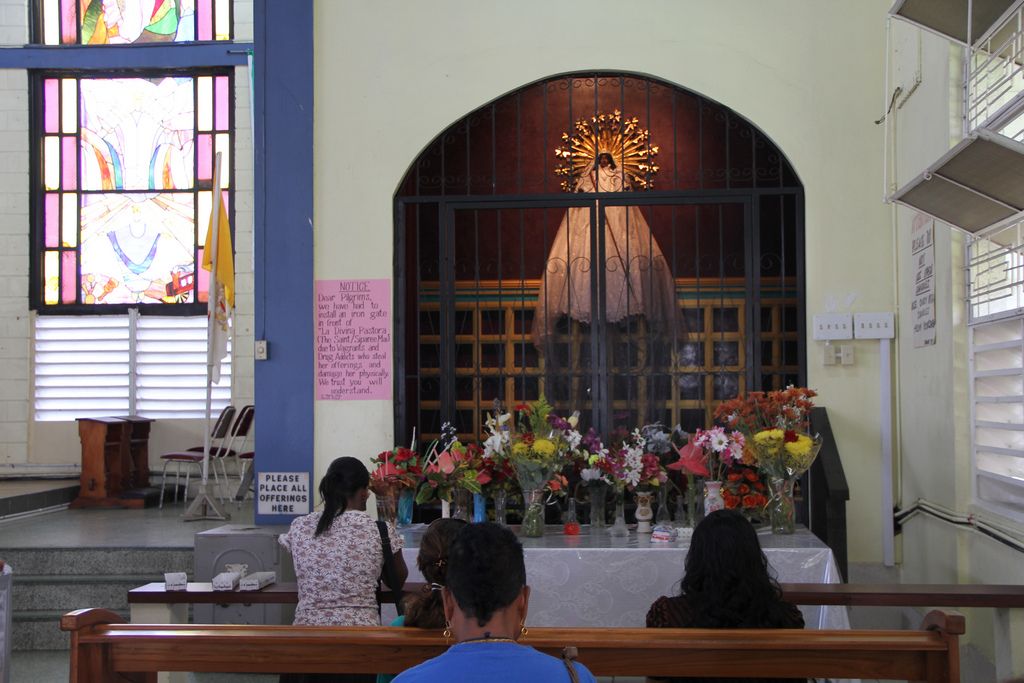 Religious groups in Trinidad & Tobago don’t always see eye-to-eye. The most notable exception is Carnival Season when everyone comes together to celebrate across the islands. Less notable: the Feast of La Divina Pastora.

No matter what your religion, you’re sure to find folks who share your beliefs in Trinidad & Tobago. The twin-island nation is easily the most dynamic melting pot of peoples that the Caribbean has to offer.

Roman Catholics and Hindus are the most prevalent groups. Among Protestants, you have Anglican, Pentecostal,  Seventh-day Adventist, Presbyterian, Congregational, Baptist, and Methodist. The Muslim and Buddhist communities are not too far behind, and there are even small groups of Shouter Baptists, Orisha, Jehovah’s Witnesses, and followers of the Jewish faith. 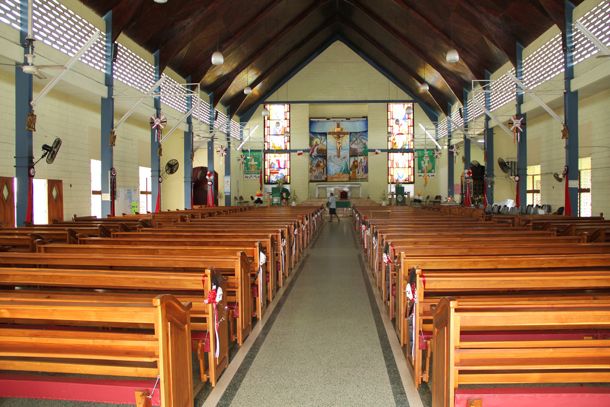 Held each year over two separate periods – the first at Easter, the second surrounding the actual saint’s day of La Davina Pastora several weeks later – the Feast centers around a sacred statue of La Divina Pastora (the Divine Shepherdess). This statue of the Virgin Mary is housed in La Divina Pastora Roman Catholic Church (pictured above). You can find it in the small, rural town of Siparia in southern Trinidad, far from the island’s more modern, bustling Port-of-Spain region.

Hundreds of Hindus, Buddhists, Muslims, Catholics, and various other Christian groups from around the region have been making pilgrimages down to this rather remote and generally quiet community every year for centuries to pay homage to the statue – a Black Virgin celebrated by Christians as a manifestation of the Virgin Mary, also revered by Hindus as Sipari or Siparee Mai (Mother of Siparia), the very embodiment of the Goddess Kali.

So, how is it that La Divina unites Trinidad’s various religions?

The answer lies in her origins and a bit of a religious mythology. 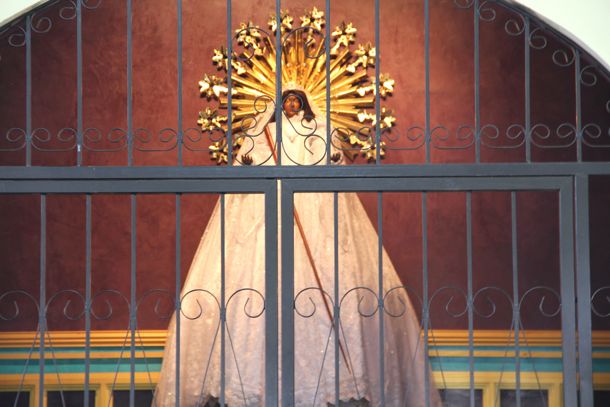 The statue was originally brought to Siparia by a Spanish priest traveling from Venezuela who claimed that La Divina had saved his life, the miracle forever cementing her sacred importance among Christians in T&T.

Early Hindu settlers in Siparia were also touched by the statue. According to legend, Sipari Mai herself appeared as a small child in the Church early one morning, some say to grant wishes to indentured East Indian workers suppressed by the ruling colonial powers. As the day wore on, the child grew older, eventually becoming an old woman before finally disappearing as night fell on the town.

No matter which miraculous occurrence you subscribe to, most agree that La Divina can help all who pay homage to her. She helps barren women gain fertility, troubled married couples regain their spark, and young girls find suitable husbands. Even children who can’t walk or speak are healed, people say.

Even with her high exalted status, La Divina Pastora is no stranger to the evils of man. Those bars you see housing her resting place were erected by the Church just a few years ago in response to persistent vandalism. A sign next to the cage reads:

Dear Pilgrims, we have had to install an iron gate in front of La Davina Pastora (The Saint/Siparee Mai) due to Vagrants and Drug Addicts who steal her offerings and damage her physically. We trust you will understand.

During the Easter and Saint’s Day festivities, though, she emerges from behind the cage, giving believers a rare chance to get up-close and personal to one of the Caribbean’s most sacred artifacts.

If you’re keen on making this pilgrimage, contact the La Davina Pastora Church for more info at Tel: 868-649-2204.