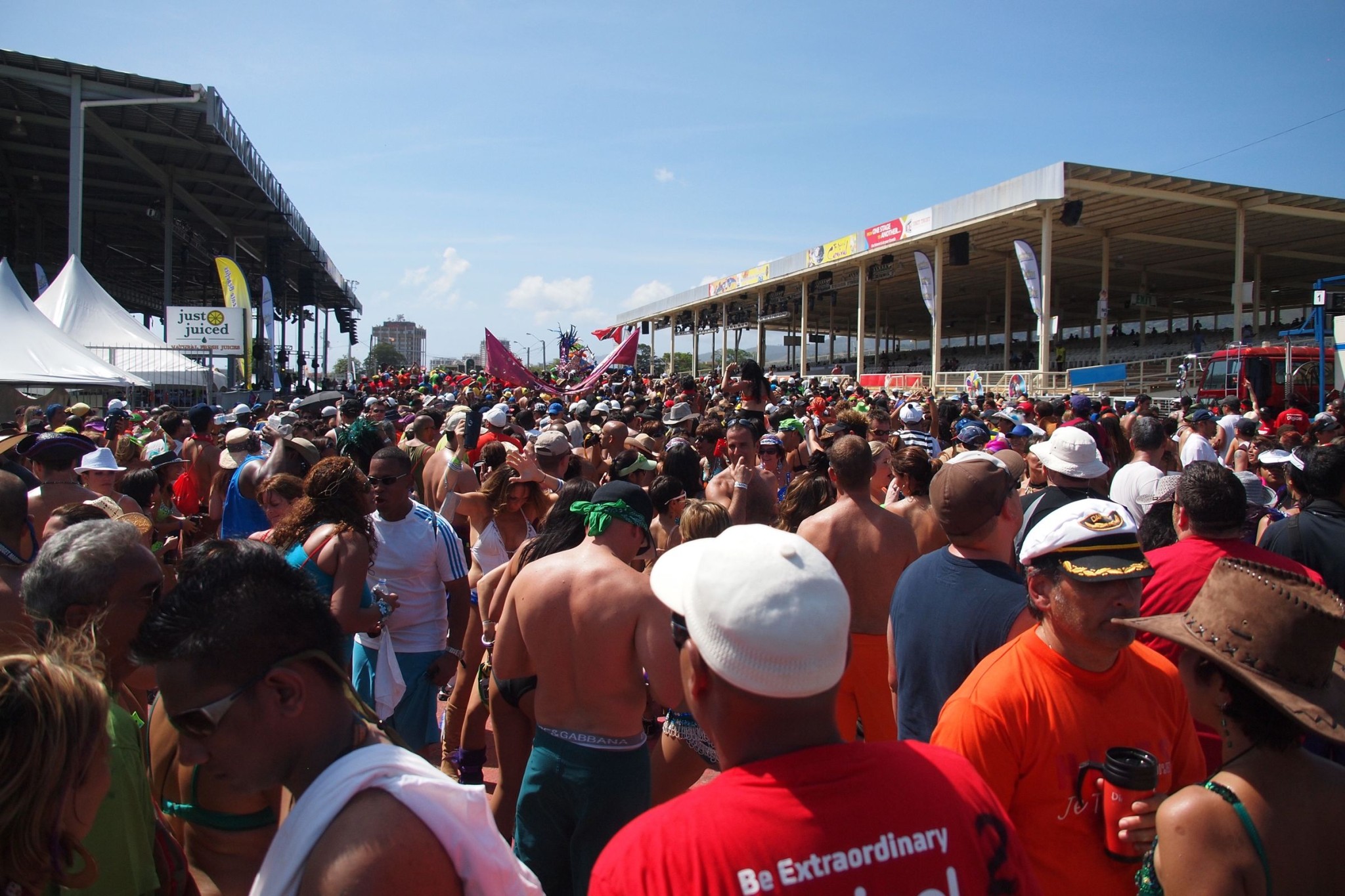 Just as every able-bodied Muslim with the means to do so is required to make the holy pilgrimage to Mecca at least once in their lives, so too should every West Indian trek to Port-of-Spain for Trinidad Carnival, at least once, to cross the Savannah Stage.

The comparison may seem blasphemous to some, what with Carnival’s notoriously debaucherous overtones. When you understand a little bit about its history, though, it’s easy to see why this is one party that’s about way more than just having a good time.

Carnival first came to Trinidad in the 1700s when the island was controlled by Spain. It was the Roman Catholic French, attracted to Trinidad from neighboring Martinique and other French islands by the promise of free land under the Cedulla de Poblacion (1783), who lit the initial fuse.

Their lavish, high society masquerade balls served as one last, big blow-out party just ahead of the fasting of Lent. Slaves, of course, were forbidden from taking part in the fun.

Fast-forward 50 years to the abolition of slavery in Trinidad. The island was now in the hands of the British, though the aristocratic population was still primarily French, the masquerade party tradition firmly entrenched. Freed slaves not only adopted the costumed pre-Lenten customs of their former slave masters, they expanded it, taking the masked revelry to the streets and incorporating the unique mix of art, music, spectacle, political commentary, theater, and “open to all” participatory excitement that has become Carnival as we know it today.

In this way, Carnival came to symbolize a celebration of freedom among the former slaves; one big annual blow-out commemorating the end of slavery.

The transformation did not happen overnight, of course. For many years, the ruling British authorities tried to suppress Carnival through various means, some of them violent. The clashes came to a head with the Canboulay Riots in the 1880s during which people died to save Carnival; to uphold our rights as West Indians to express ourselves, to celebrate our culture, our humanity.

Fast-forward again to last year, Carnival Monday, and my first time standing at the edge of the Savannah Stage among the growing throng of revelers pictured above. The atmosphere here, at this particular time, was nothing short of electric – a wide array of people from all over the world and all walks of life all packed tightly together under a blazing hot sun, hard-charging soca riddims blaring, a palpable sense of excited anticipation hanging in the air…

I already knew the history, but wasn’t quite prepared for the emotions it’d bring forth when I got to the stage. We weren’t even moving yet and already I could feel the euphoria bubbling up inside. This was well beyond joy; a distinctive happiness I hadn’t ever felt before.

At an instant I knew I could not put the feeling into words. So instead, I tried to capture it…

Once past security and fully on the stage, I felt like I was floating; like a huge weight had been lifted from my shoulders, the whole scene taking on an epiphanous air like in a movie when all the action slows down all around the main character and some immutable truth is revealed.

For me, at that time, right there on the Savannah Stage, I felt I knew as much as I’d ever known about exactly what it means to be a West Indian and to be damn proud of it.

It’s a feeling I wish everyone could have, even just once.