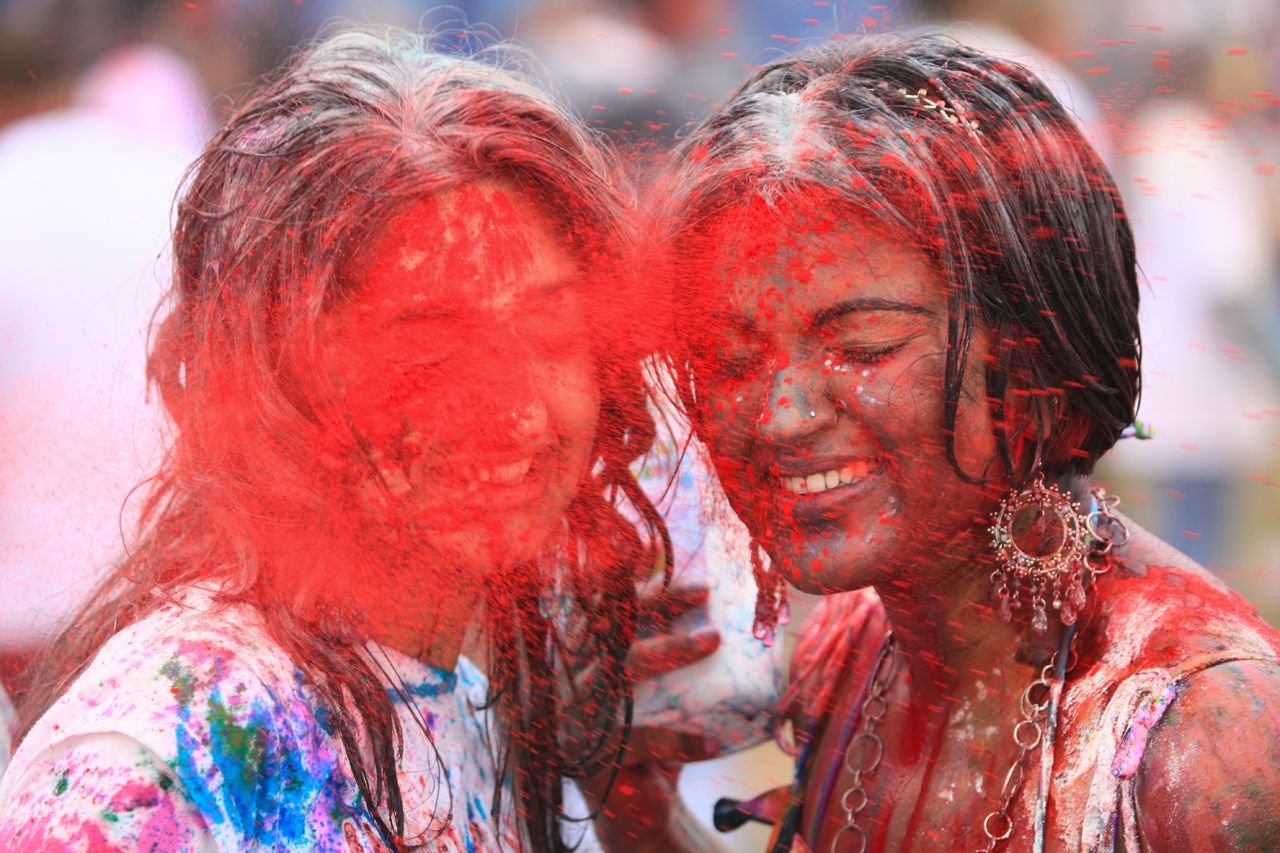 Color Run events may be all the rage among the fit and happily filthy among us these days, but in Hindu communities around the world, people have been getting dirty in similarly colorful degrees for centuries. They do so in the name of religion, celebrating the annual Holi spring festival.

One of the oldest and most beloved religious festivals in the world, Holi symbolizes the victory of good over evil embodied by the end of winter and the onset of warmer temperatures and sunny skies in the spring.

In the Caribbean, the largest Holi celebrations can be found in Trinidad & Tobago, Suriname and Guyana, all of which have large Hindu populations. There, the festival is known by different names – Phagwah or Phagwa – though the sentiment behind the fun and the colorful chaos that defines it are the same as you’ll find in India.

Hindus traditionally wear white on Phagwah day and indulge in the throwing upon each other of a harmless liquid called abeer. Abeer is a red dye which symbolizes the blood of the tyrannical King Kiranya who in Hindu lore was ordered burnt alive by his son Prince Prahalad because of the suffering which his people endured at the hands of his father. Powder, perfume, and water are also thrown on family, friends and neighbors on this day by Hindus and non-Hindus alike in what is an amusing, good-natured and joyful celebration.

Note that last bit about Hindus and non-Hindus alike joining in the fun. Indeed, Phagwah is open to all, probably whether you like it or not!

That may not be such a good thing if you happen along a Phagwah fete sporting your Sunday best, but it is good if you have some beef with someone.

You see, just as spring is a time of renewal and new beginnings in nature, so too does Phagwah encourage celebrants to forgive and forget personal conflicts, drawing people together to mend fences with laughter and a lot of ruined clothes.

The date for Phagwah 2014 is March 17. If you plan to be in TnT, Suriname, or Guyana, dress accordingly…

If you believe the myths of the Nylon Pool in Tobago, then you wouldn't be surprised if the lady pictured here was actually much older than she appears.
95
Shares
🇹🇹Tobago

Saturday Soundtrack: On The Radio in Trinidad & Tobago

One of the big reasons I personally love visiting Trinidad and Tobago is the radio stations.
105
Shares