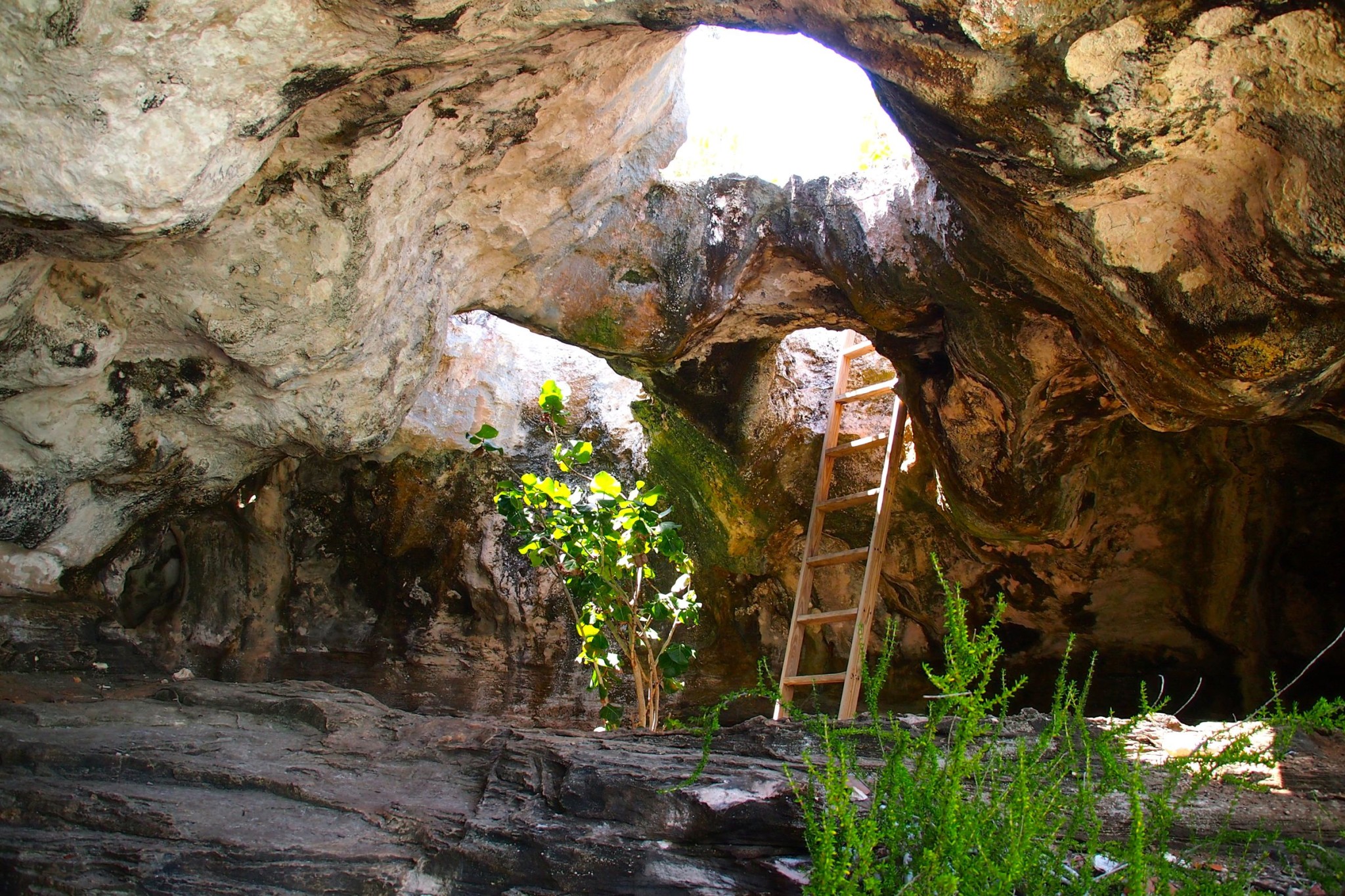 There is danger in uncommon travel.

Scaling the region’s tallest peaks, surfing its most ferocious waves, and drinking its most deliciously destructive distillates bring thrills the likes of which become the very essence of our strongest, most cherished travel memories.

Then, there’s that other kind of danger. The really bad kind. Crime, the scourge that breeds contempt among all who are unfortunate enough to fall victim while adventuring abroad.

The Caribbean is, of course, not immune to crime (remember this?), a point uncommon travelers need to heed more than most. After all, our preferred “off the beaten path” routes often leads to ultra-secluded areas like Pirate’s Cove.

Located in Providenciales, Turks & Caicos, along the same craggy outcropping where lies the ancient rock carvings atop Osprey Rock, Pirate’s Cove is, as its name suggests, a former pirate hideout. To get there, hike out toward South Bluff. In short order, you’ll reach a collection of large openings in the ground like this one… 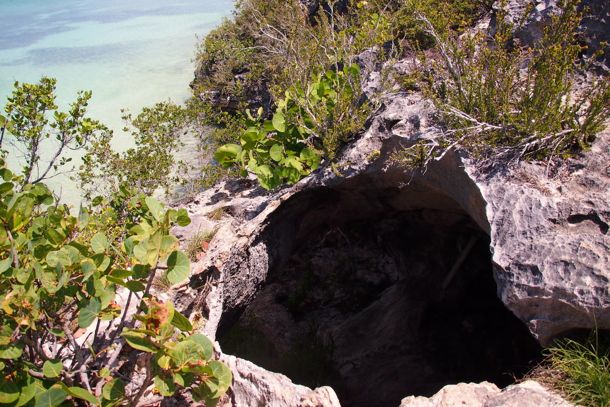 Protruding from one of these openings, you’ll find a reasonably sturdy wooden ladder. Climb down and you’re there! 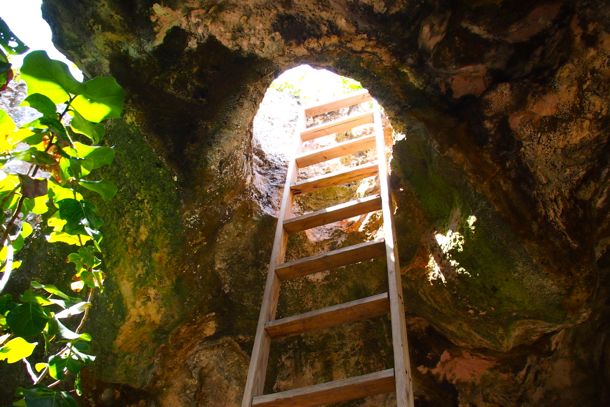 Looking up the ladder from inside Pirate’s Cove, Provo | SBPR

The pirates couldn’t have picked a much better spot to hideout, judging from the natural shelter provided by the cave, the skyward openings allowing for the easy collection of rainwater, and gorgeous surroundings… 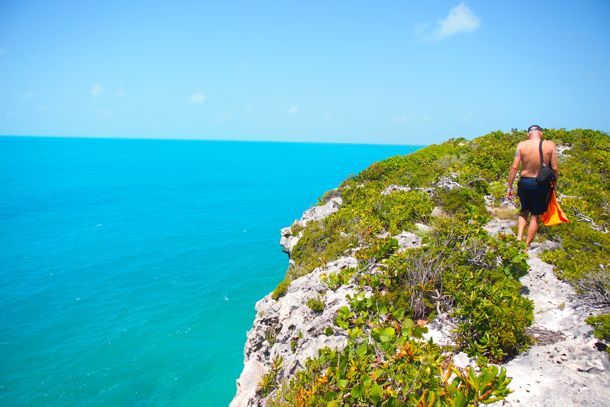 Trekking out toward South Bluff, Provo, near Pirate’s Cove | SBPR

Okay, maybe the beauty of the area didn’t matter much to the pirates, but certainly the lair’s near-hidden access point to the sea proved useful for hiding out from the authorities… 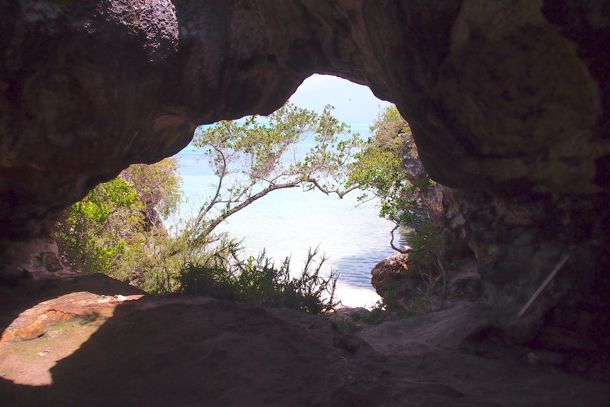 Archaeological evidence of pirates hanging out here has been found dating back centuries, but it’s the nefarious actions of more recent times of which you should be wary.

You see, armed robberies were a persistent problem here a few years ago. Locals I’ve talked to in recent weeks, however, tell me that the situation has been cleaned up following some key arrests. Just today, my friend and Provo resident, Dave Fenimore, wrote:

The only threats I detected during my visit in July were posed by the jagged ironshore rock under foot, the blazing sun, and a few over-sized and overzealous mosquitoes.

Still, you’ll want to take precautions when venturing out here, or any other extremely secluded spot for that matter. Be alert to your surroundings, don’t go alone, don’t carry all your cash, passport, and other flashy valuables with you, leave nothing inside your vehicle, and be sure that someone at your hotel, guesthouse, villa, or favorite bar expects you back by a certain time.

It’s always better to be safe than sorry, which for some of you wishing to visit Pirate’s Cove might mean opting for an escorted boat tour. There are lots of operators to choose from, and lots for careful travelers keen on the history of the Turks & Caicos to see and experience here.