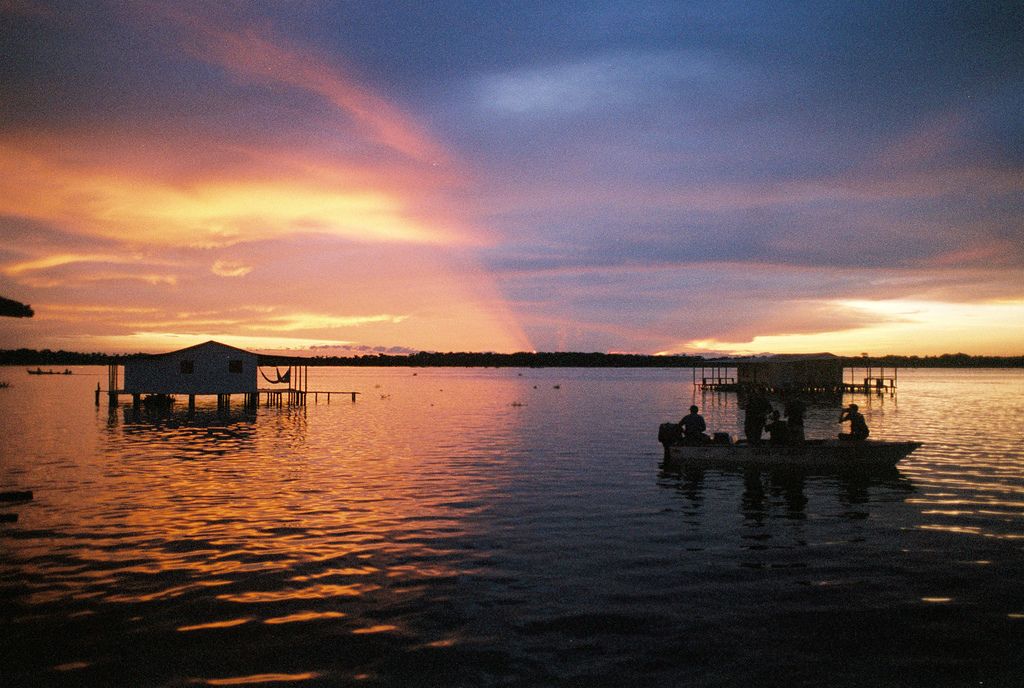 Out of This World Lightning Shows Above Lake Maracaibo, Venezuela: Uncommon Attraction

By the staid and tranquil appearance reflected here, you’d never guess that this “lake” is home to the most electric nighttime show in all of the Caribbean, if not the world.

This is Venezuela’s Lake Maracaibo, which, in actuality, isn’t really a lake at all. Located in the northwestern region of the country, Maracaibo is more bay or lagoon than lake, emptying as it does into the Gulf of Venezuela, which connects to the Caribbean Sea.

Measuring in excess of 5,200 square miles, it’s a big body of water no matter what you call it. Massive size, easy accessibility to the Caribbean, and the large reserves of crude oil beneath its surface make Maracaibo a busy shipping route.

The other big reason to trek over here: LIGHTNING!

Not just any lightning, mind you… I’m talking lightning on an epic scale not found anywhere else on the earth.

The phenomenon is known as Catatumbo Lightning. Its name comes from the Catatumbo River as the lightning show is the strongest right at the point where the Catatumbo empties into the lake.

So, how epic a lightning show can you expect to see here? How about up to 280 lightning strikes per-hour for up to 10 straight hours?

Oh, and lest you think these are some wimpy flashes barely registering above your typical point and click camera, check out the last few seconds of this news report from ABC’s Nightline…

Unfortunately, this video is no longer available.

It was while watching this segment earlier this year that I first became entranced by the Catatumbo phenomenon, vowing that I must experience this soon. Maybe 2014 will be the year!

If you’ve ever taken in the Catatumbo Lightning show and have tips on how best to get there, where to stay, etc., please let us know by leaving a comment below…

You won't find much on Cubagua, the smallest and least populated of the islands that comprise the state of Nueva Esparta, Venezuela.
22
Shares
🇻🇪Venezuela