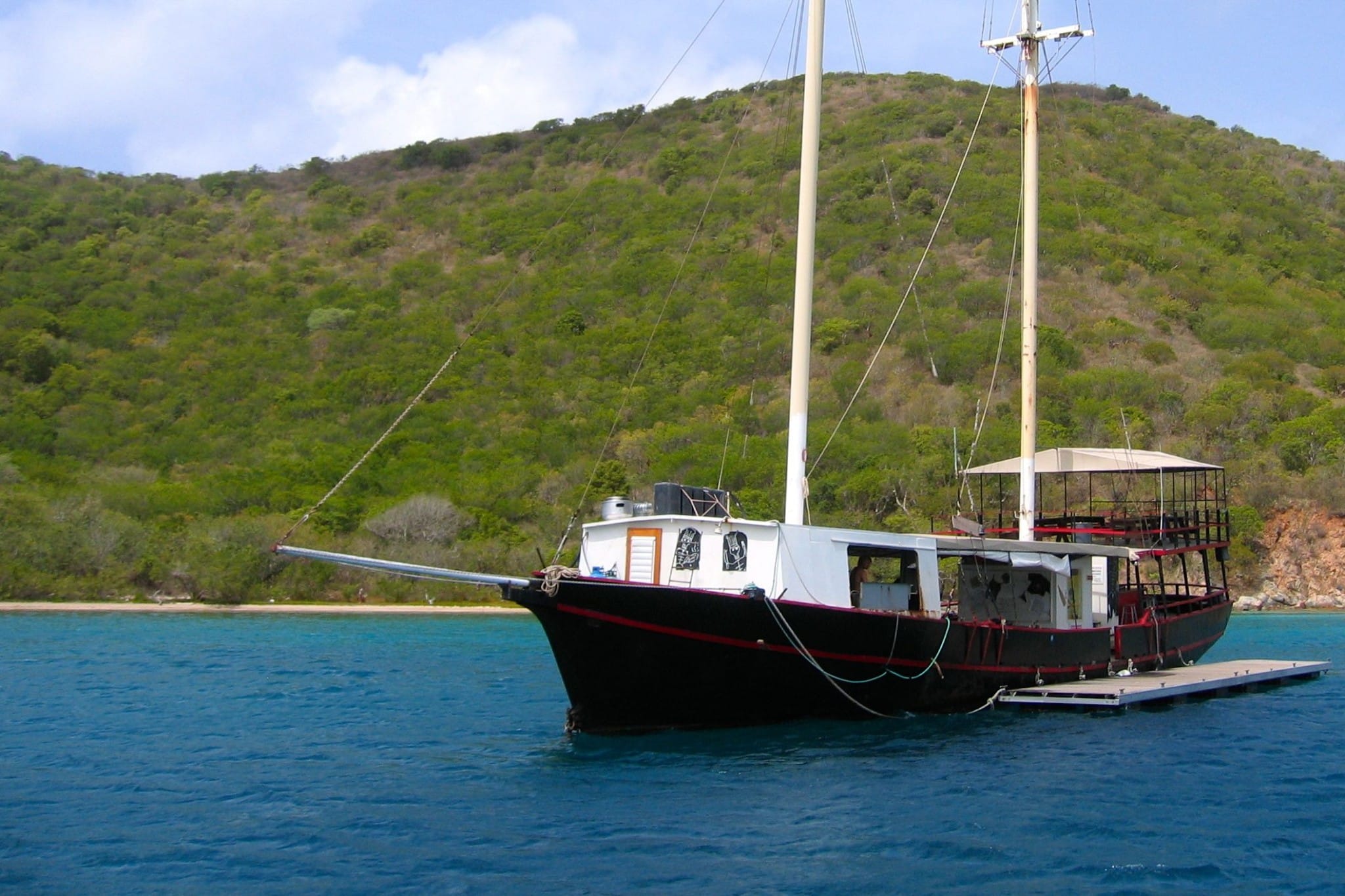 The Willy-T in the BVI’s: Wild Times Await Aboard

With as many uncommon bars as I’ve happened upon and written about over my many travels throughout the Caribbean, you might find it hard to believe that to date I’ve somehow missed the floating den of iniquity that is The Willy-T.

Ski and/or body shots, super-strong rum cocktails, and nude leaps into the sea from the top deck are all apparently on order here in the calm, clear waters just off Norman Island in the British Virgin Islands seven-days-a-week, 365 days-a-year (see some of the fun here). It’s your typical wild Caribbean bar scene set in a scene that’s anything but.

With all the craziness that goes down here, you might also find the bar’s namesake hard to believe. Before we delve into that story, though, a bit of history…

The current Willy-T is actually the second such fun ship to call the BVI’s home. The original was an all-wooden Baltic Trader built in 1935 that was converted into a floating restaurant in the mid-1980s. The party aboard that Willy-T ended in 1995 when it sank due to a leak in the wooden hull.

A year later, a larger schooner with a steel hull replaced the first Willy-T, keeping the good times afloat to this day.

As for the name, the floating bar is meant to honor one of the BVI’s favorite sons, William Thornton.

Born on Jost Van Dyke in 1759, Thornton was a Jack of many useful trades – physician, painter, inventor. Most famously, though, he was a self-taught architect.

The association between one of the Caribbean’s wildest watering holes and the seat of the legislative branch of the Federal Government may be a bit incongruous (or not), but either way, this is one bar we’ve just got to check out soon.

If you’ve ever partied at The Willy-T and have some tips or stories to tell, let us know…

Sailing the BVI's has always an adventure, but perhaps even more so now. It makes every day more rewarding than ever. Every day more of an opportunity to support this special destination. And, of course, the best way to rediscover these islands is with a bareboat or skippered charter from our friends at Sunsail.
30
Shares
🇻🇬British Virgin Islands

Timelapse Sailing Across the BVI’s