Is it any wonder that the Caribbean is home to the most vibrant, diverse, and eminently delicious culinary scene in all the world? The region encompasses 7,000+ islands, stretches over an area measuring in excess of 1 million square miles, and boasts a year-round climate that’s absolutely ideal for cultivating the best edible everythings on the planet. Oh, and did I mention that the seas surrounding those 7,000+ islands also teem with the finest fruits de la mer? The incredible array of ingredients born of the region’s size and natural wonders, though, is just half of what makes Caribbean food so special.

The other half of the equation is, of course, our amazing West Indian people; themselves a study in the magical benefits of diversity.

People from every corner of the globe have settled in the Caribbean over the centuries. Slaves from Africa and colonial Europeans. Indentured workers from India and Asia. Migrants from the Middle East, North and South America, and elsewhere.

Whether initially brought by force, or enticed by the prospect of a new life in the tropics, they all carried their own cooking traditions with them to our islands.

In its simplest form, then, you can say that Caribbean food is a mixture of culinary influences from all over the world made better, like life itself, in our islands.

What is Caribbean food

Sazón, Curry, Scotch Bonnet, Mojo, Jerk, Djon Djon, and Colombo are just a few of the key seasonings you’ll encounter all throughout our islands. Coconut milk, as you might imagine, is also employed liberally.

Life, for the most part, does not move fast in the Caribbean. This aesthetic extends to Caribbean food prep. Slow cooking is the norm, the better to fully allow spices and seasonings to make any dish really sing. 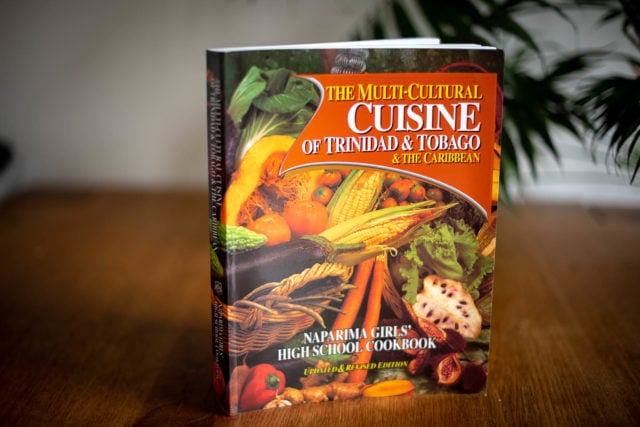 The Naparima Girls' Cookbook is the ultimate tome of Caribbean cooking that deserves a place of honor in Caribbean kitchens everywhere.

While there is much that unites Caribbean food traditions, it is the distinctions that make the region the ultimate culinary travel destination. Variations in gastronomic styles from one island to the next continually entice intrepid foodie travelers to visit new shores on successive trips. Spanish, Dutch, French, and English islands all offer unique culinary experiences worthy of visiting the Caribbean again and again.

Lechón (roast pork), Arroz con Grandules, and a myriad of sides made from plantains are must-tastes. Fried treats are also big. Empanadas, fried turnovers with meat or pastry fillings, are heaven. Chicharrón, fried pork rinds, are too.

Caribbean food in Spanish destinations is so good, that even some parts of a meal that would normally be discarded are regarded as delicacies.

Such is the case with Concon. This dish is literally burnt rice; that thin layer of kernels that sticks to the bottom of your rice pot. In what is trash to some, though, lies a concentrated collection of the savory seasonings used to make your rice. The way it’s all soaked into those crispy burned kernels makes Concon a prized treat in the DomRep.

When you’re thirsty, Spanish Caribbean destinations offer a myriad of soft drink options. Maltas, most notably Malta India, are especially great. Country Club Soda Frambuesa is a soft drink that’s practically synonymous with the Dominican Republic. In Cuba, the legendary Tu Kola is preferred by many over Coca-Cola when mixing a Cuba Libre.

As elsewhere across the Caribbean, Dutch Antilles islands have roots in multiple European societies. It was the Spanish, for instance, who first colonized the ABC Islands – Aruba, Bonaire, and Curacao. Traditional cuisine in these islands combines those old Spanish influences with Dutch, African, and Amerindian flavors. In later years, French, English, Chinese, and Indian immigrants changed the food scene even more.

Caribbean food in the ABC Islands and Dutch St. Maarten reflect this dynamism. In the more remote corners of the Dutch Antilles – Saba and St. Eustatius (Statia) – eats lean more toward the traditional Dutch/Spanish/Amerindian combo.

Wherever you travel in the Dutch Caribbean, though, expect to find Funchi on your plate. The cornmeal mush side dish is a big-time staple of most any meal.

Pan bati, which translates to “beaten bread,” is another favorite that recalls Amerindian cuisine. Also made with cornmeal, Pan Bati is like a pancake. This makes it a great breakfast treat, especially when paired with Saltfish.

Goat meat is a big part of the typical Antillean diet, especially in Statia. (It’s said that goats there outnumber people!) Carni Stoba provides the best Dutch Caribbean taste of goat. This savory stew is heaven over rice and peas.

The Netherlands being famous for cheese, it’s also no surprise that the Dutch Caribbean has its own cheesy-good treat. Keshi Yena is a stuffed cheese casserole loaded with spicy meat (usually chicken). Raisins, prunes, and/or olives are also sometimes added.

Just as France holds elite status in the world of gastronomy, so too do the French Caribbean islands stand as the most celebrated culinary destinations in the West Indies. They take food seriously in French St. Martin, the Guadeloupe Islands, St. Barts, and Martinique. Even a hamburger we sampled at the McDonald’s in Fort-de-France surprised.

Every corner of the French West Indies is an overseas territory of France, a status akin to that of Hawaii within the United States. In this way, the best of la Métropole is available in the French islands – wines, champagnes, jewelry, fashion, and, of course, cuisine.

Marrying elements of Afro-Caribbean, French, Indian, and Amerindian styles, Caribbean French Creole cuisine bursts with singularly spicy and savory flavor. Seafood is a prime delight, with lobster, tuna, mahi, crayfish, lambi, and even sea urchin on local menus. The linchpin of most any lunch or dinner in the French Caribbean, though, are Acras. Fried and fluffy, these codfish-filled appetizers make for an excellent snack, or kick off to an amazing meal.

No discussion of French Caribbean food would be complete without Colombo. The spice was brought to the Caribbean by indentured workers from India in the 19th century. Colombo Chicken is a must-meal in Martinique.

Another must is le Bokit. THE sandwich of Guadeloupe, a Bokit boasts fluffy fried dough surrounding whatever meats, fish, veggies, cheeses, or sauces that suit your fancy.

Culinary traditions in Haiti resemble those in the broader French Caribbean. Lumping Haiti in with other French territories, though, ignores history and all that makes this amazing country’s food so distinctive.

By virtue of the independence won by African slaves in Haiti in 1804, the country developed quite differently than other Caribbean islands. Political isolation allowed cuisine here to develop along more pronounced Afro-Caribbean and Amerindian lines. Spanish influence has also always been great, as the country shares Hispaniola with the Dominican Republic. Later, an influx of migrants from Arab states in the Middle East made their mark.

Soups are a staple, none more celebrated than Soup Joumou. Haiti’s Soup of Freedom is, at its core, a hearty pumpkin soup. The history of how it came to be the official soup of Independence Day in Haiti, though, shows that it is so much more.

Another cornerstone of Haitian food is Djon Djon. Jet-black, aromatic, and super-savory, the seasoning is derived from mushrooms found in northern Haiti. Boiling the crown of the mushroom releases the alluring black color. This is then used to season just about anything.

Haitian Lambi Creole is equally sensational. The Haitian Red Creole Sauce it’s served in is an institution unto itself, as is Cafe Rebo, one of the world’s last pure coffees.

Haiti, however, is also a land of curiosities. In culinary terms, this is best represented at breakfast, where one of the preferred meals is spaghetti. Not just any spaghetti, mind you. Haitian Breakfast Spaghetti is often served with hot dogs, tomato sauce, or ketchup.

Of all the Caribbean culinary styles, none are better known around the world than those of the English Caribbean. That most of that familiarity should have its roots in Jamaica is no surprise. Worldwide interest in Bob Marley, Usain Bolt, and other iconic Jamaican personalities have piqued mainstream interest in Jamaican cuisine.

Jamaican Jerk Chicken, Ting, and Jamaican Patties are known well beyond the West Indies. Yellowman has sung the praises of Grace Jamaican Ketchup all over the world. Legendary supermodel Naomi Campbell doesn’t go anywhere without Pickapeppa Sauce. Jamaican food ties to fame are many.

Jamaica, though, isn’t the only major exporter of Caribbean food culture to the world. Trinidad is also very much accomplished in this area.

Trinidadian Curry Chicken and stew dishes are practically synonymous with the entire West Indies. A real Trini Roti is just the best thing you could ever eat in your life, period. That goes double if you’re enjoying your Roti with a Red (Solo soda).

And speaking of Doubles, they’re widely popular, too. Roti’s smaller sibling shines at breakfast, or anytime you need a quick Curry kick.

The culinary traditions in Jamaica and Trinidad, however, do not completely outshine Caribbean food found in smaller English-speaking islands.

Johnny Cakes, Fish and Fungi, and Pates in our home island of St. Croix are worth a visit in and of themselves.

Goat Water in Montserrat. Oil Down in Grenada. Cassava Bread in Dominica. Green Figs and Saltfish in Saint Lucia. Steamed fish in The Bahamas.

The list of mouth-watering Caribbean food treats up and down our islands is endless. Bahamian boiled fish soup is the breakfast of champions in The Bahamas. Bring this taste of The Bahamas to your home with our easy recipe.
3
Shares 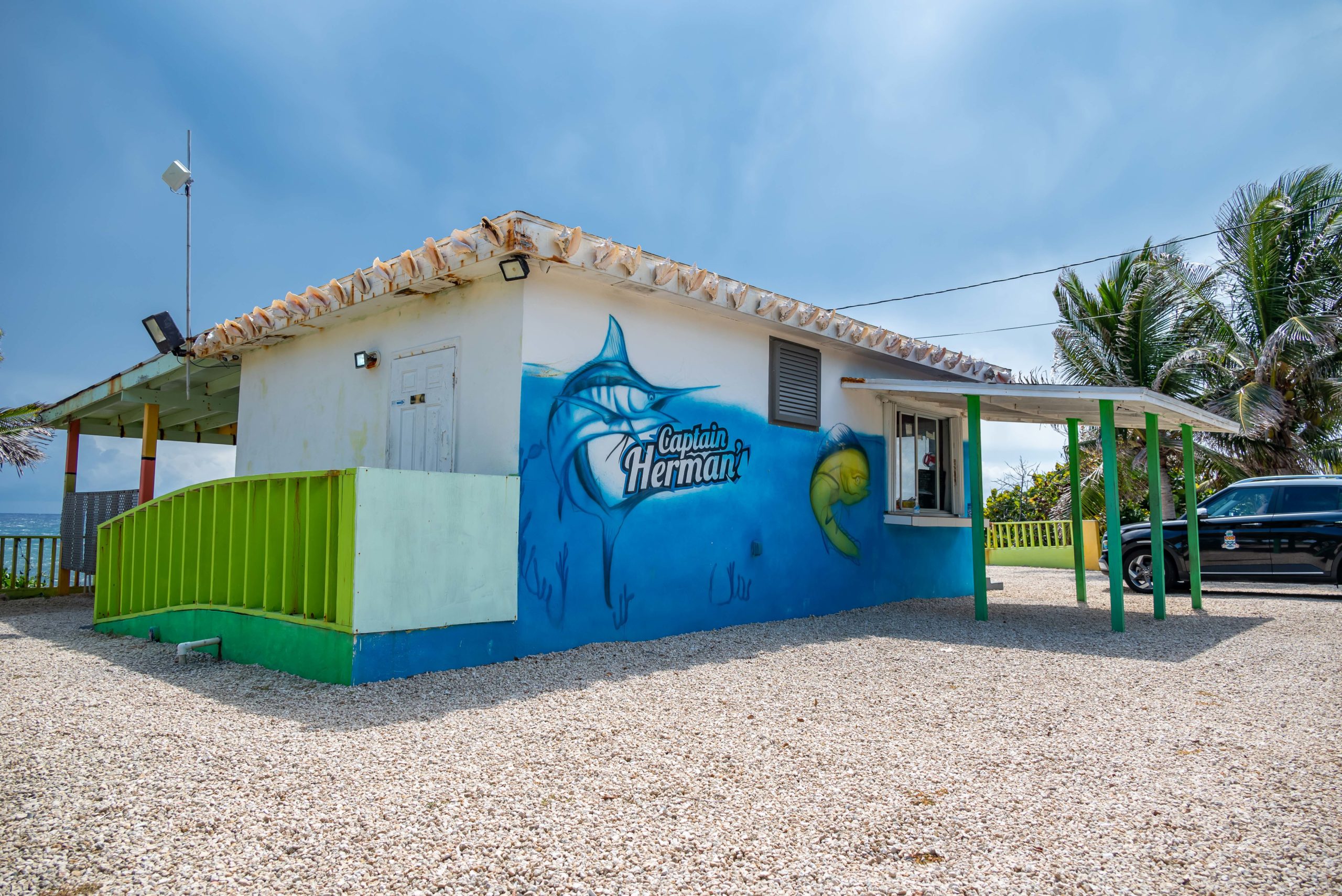 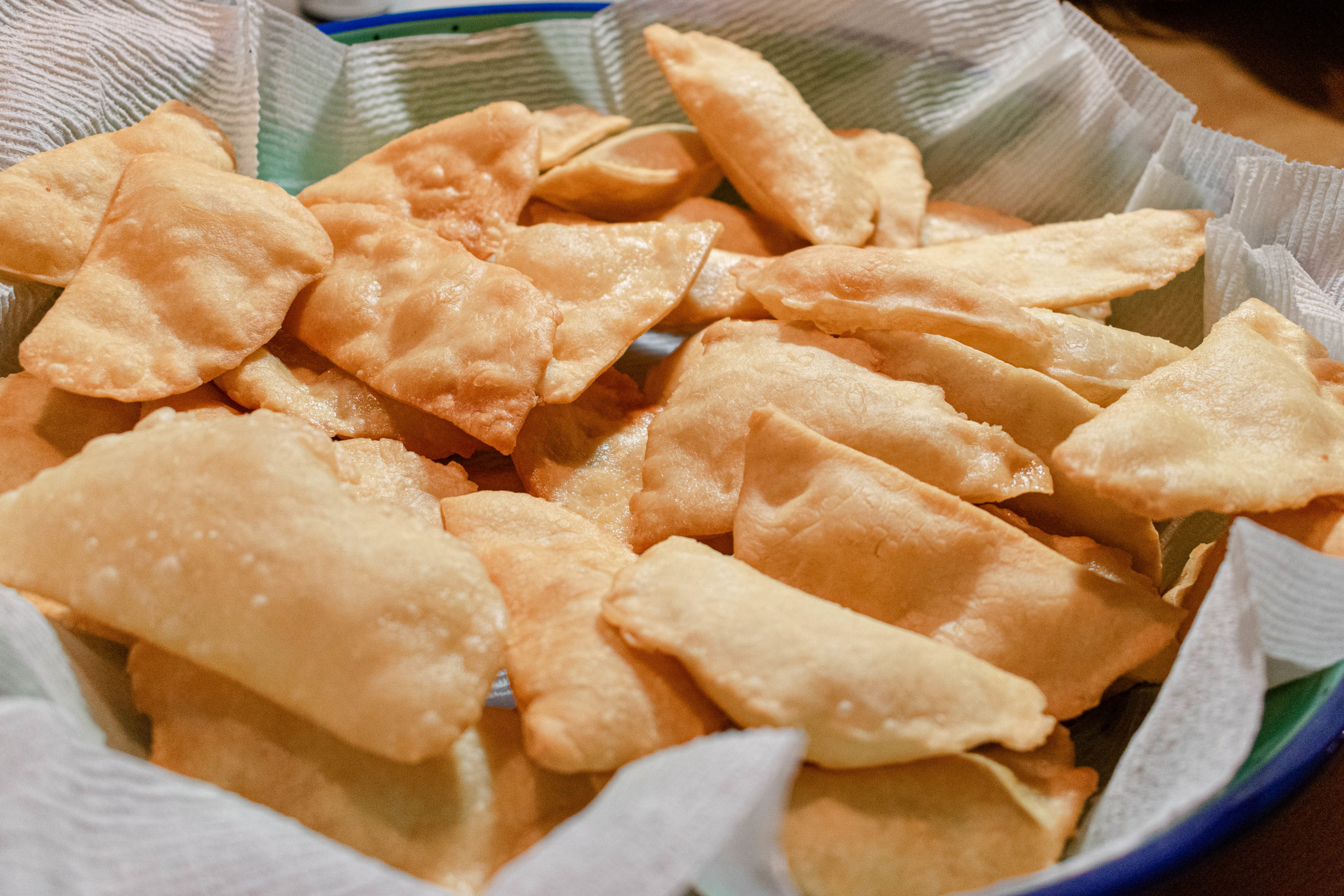 Trinidad Fry bake (aka: fried bake, or float) is one of the easiest and most authentic tastes of the Caribbean that anyone can make.
81
Shares 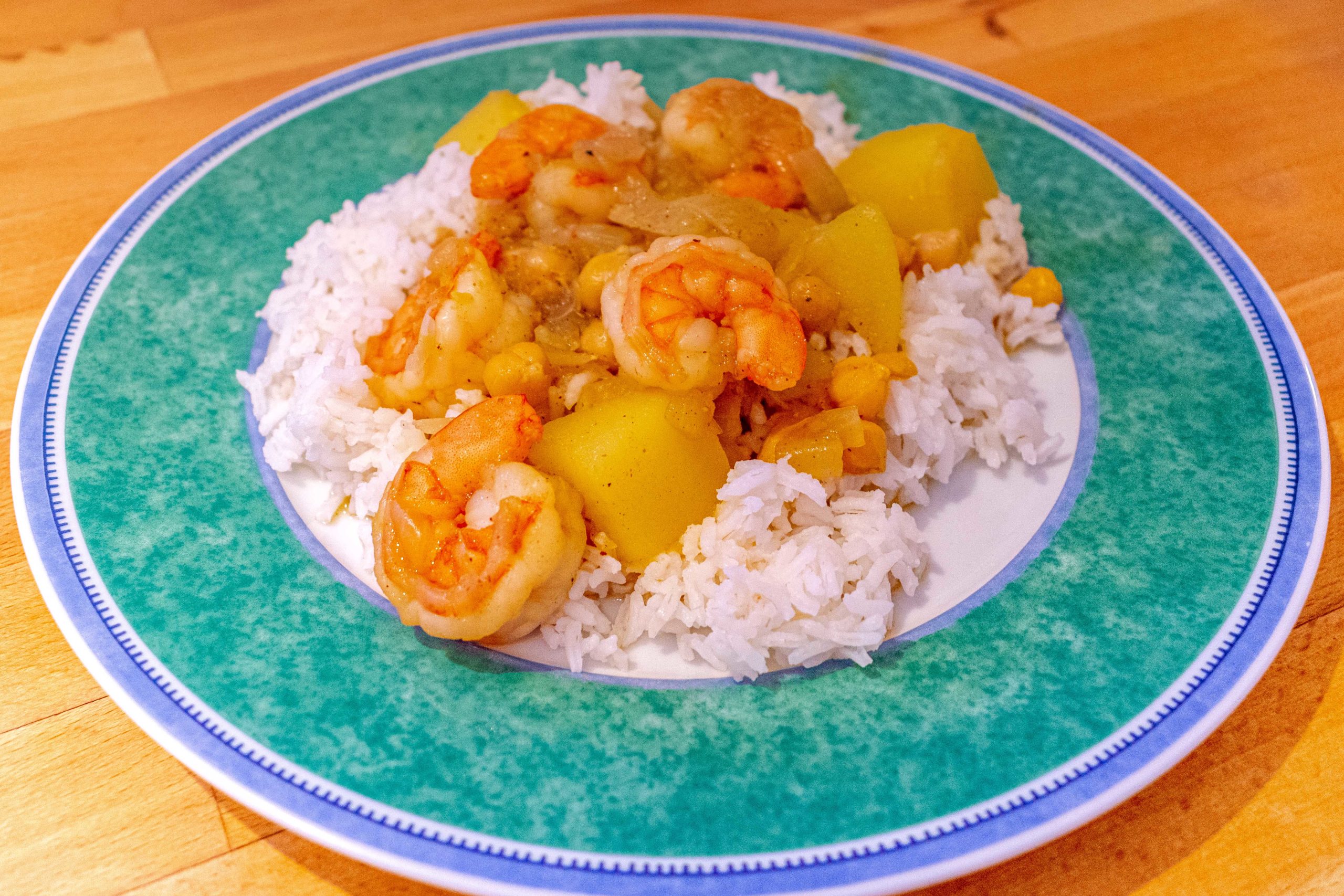 My Dad's curry shrimp recipe is spicy, savory, and delicious. The best thing about it, though, is the love cooked into every bite.
7
Shares 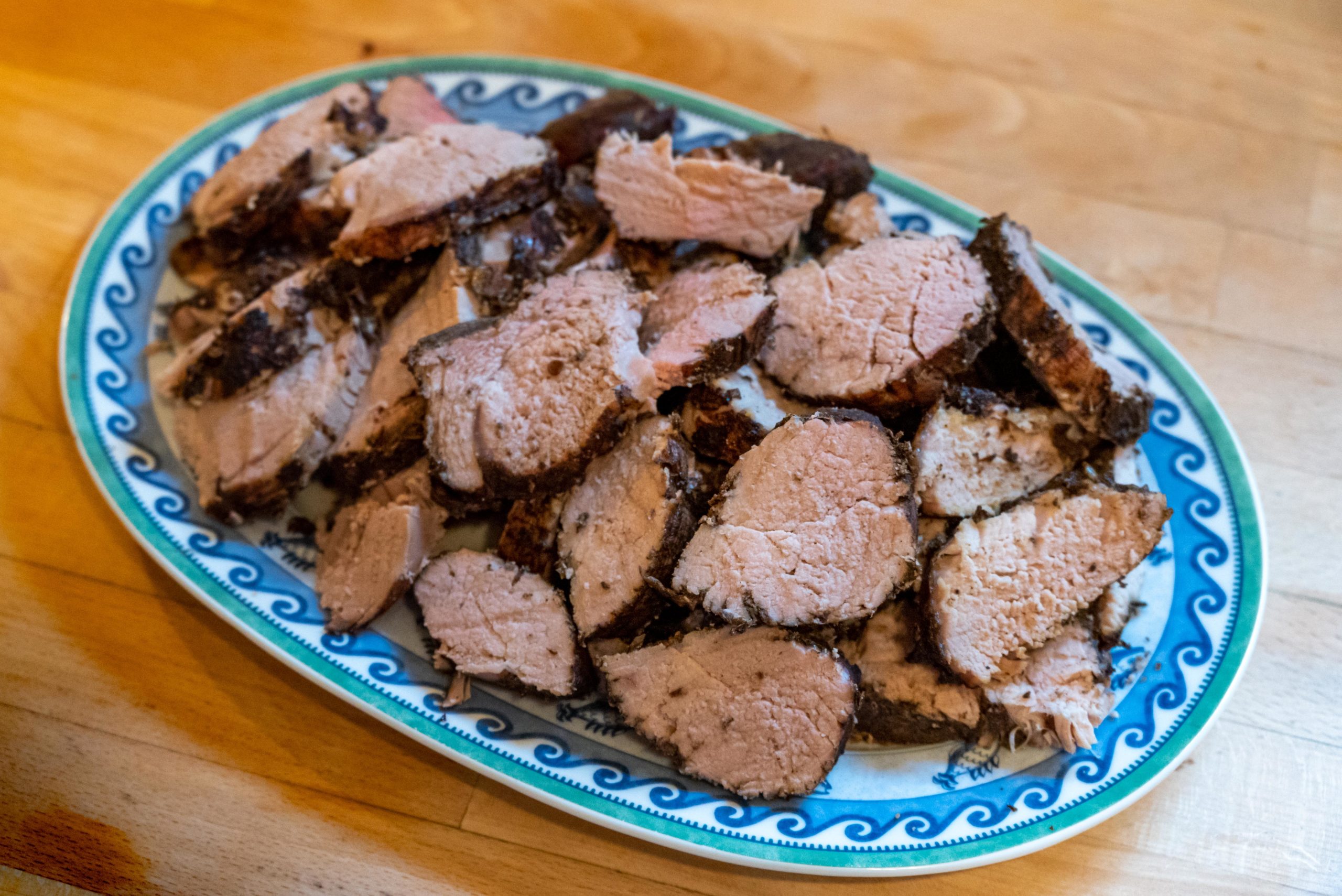 Simple is always best for me, especially in the kitchen. That's why this Jamaican jerk pork recipe is absolutely perfect for me.
9
Shares 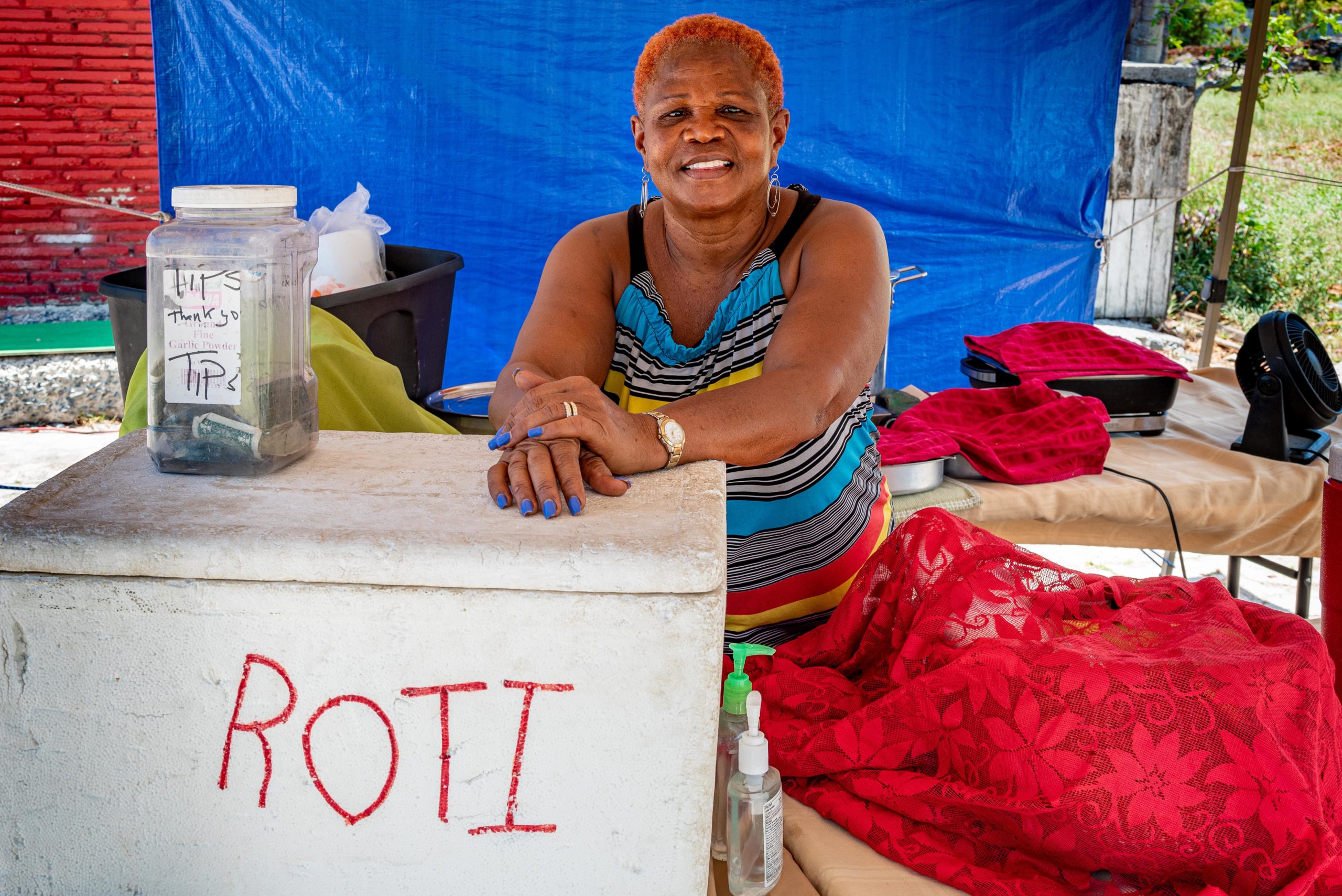 Unlike the heyday of Harvey's and Villa Morales, the best local food in St. Croix isn't always found in traditional restaurants anymore.
9
Shares 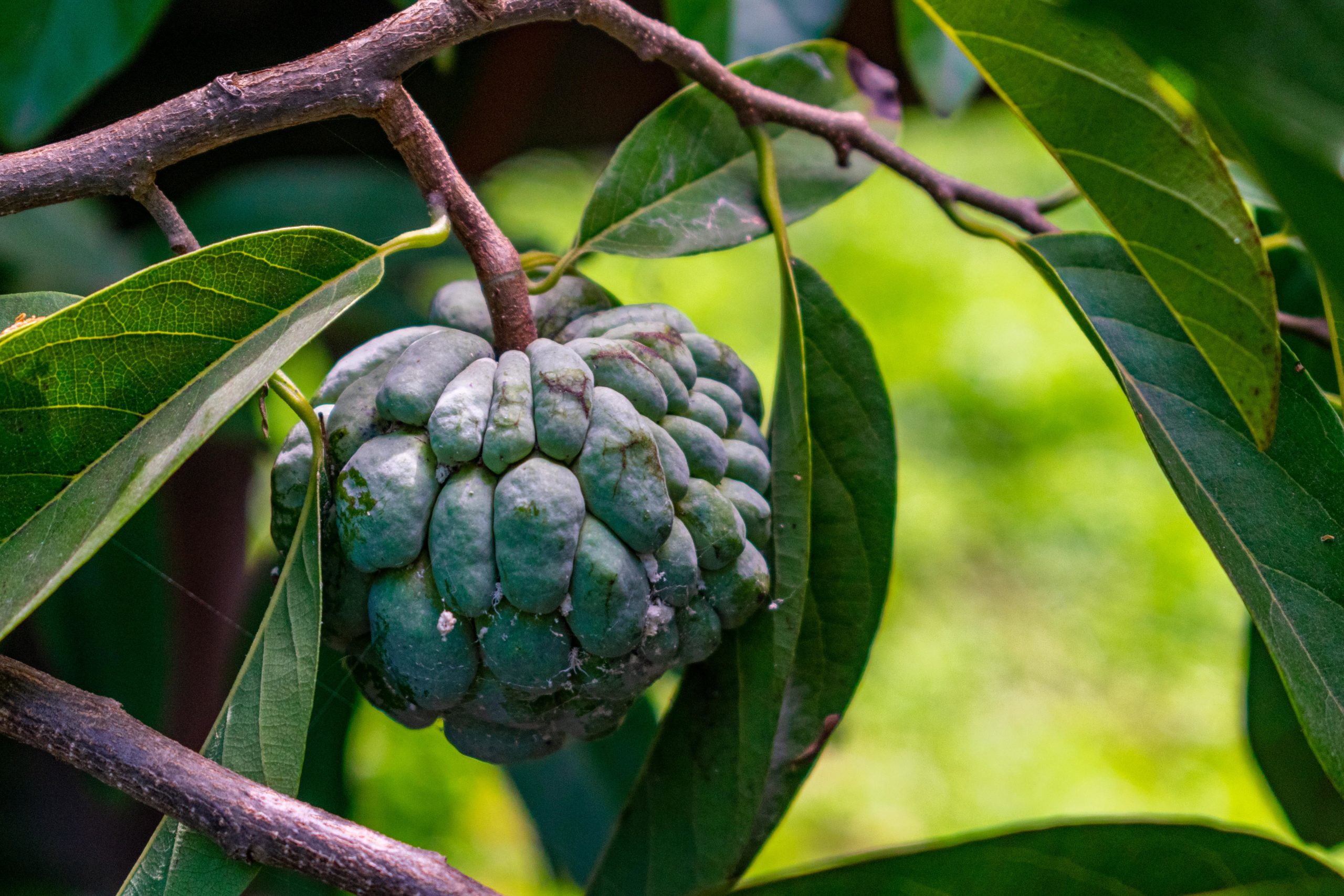 You may love apples. You might also enjoy sugary treats. None of that, though, means that you'll want to try a sugar apple.
2
Shares 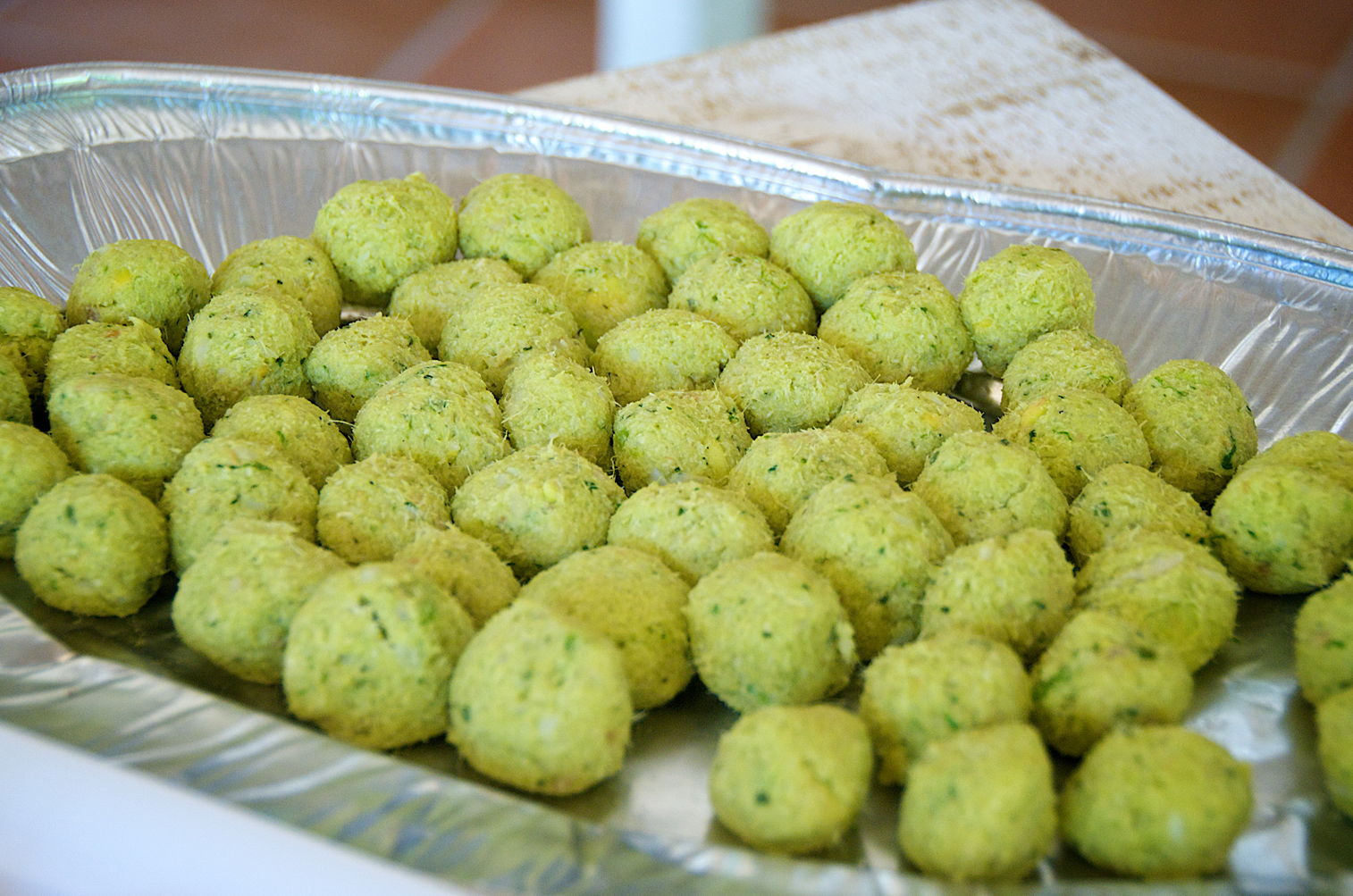 Féwòs or féroce is the French Caribbean's answer to guacamole. These green treats, though, are 180-degrees from your typical tortilla dip.
4
Shares 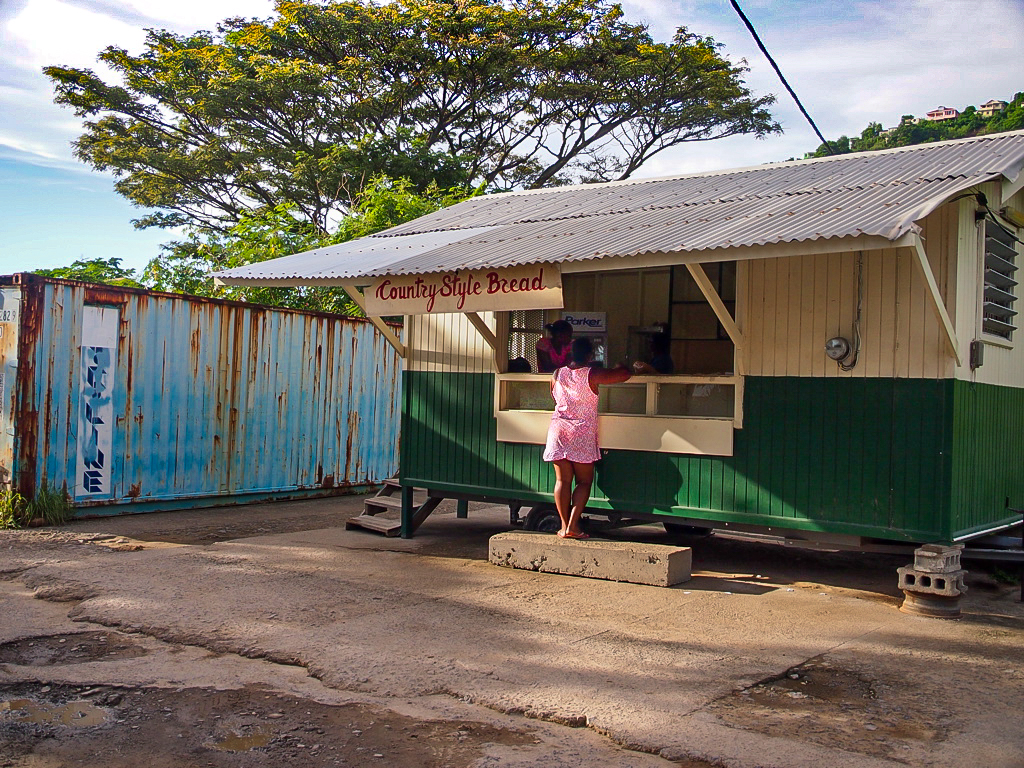 No weekend in Dominica is complete without Creole Bread, the uniquely elongated singularly delicious taste of the Nature Island.
5
Shares
see more
Send this to a friend