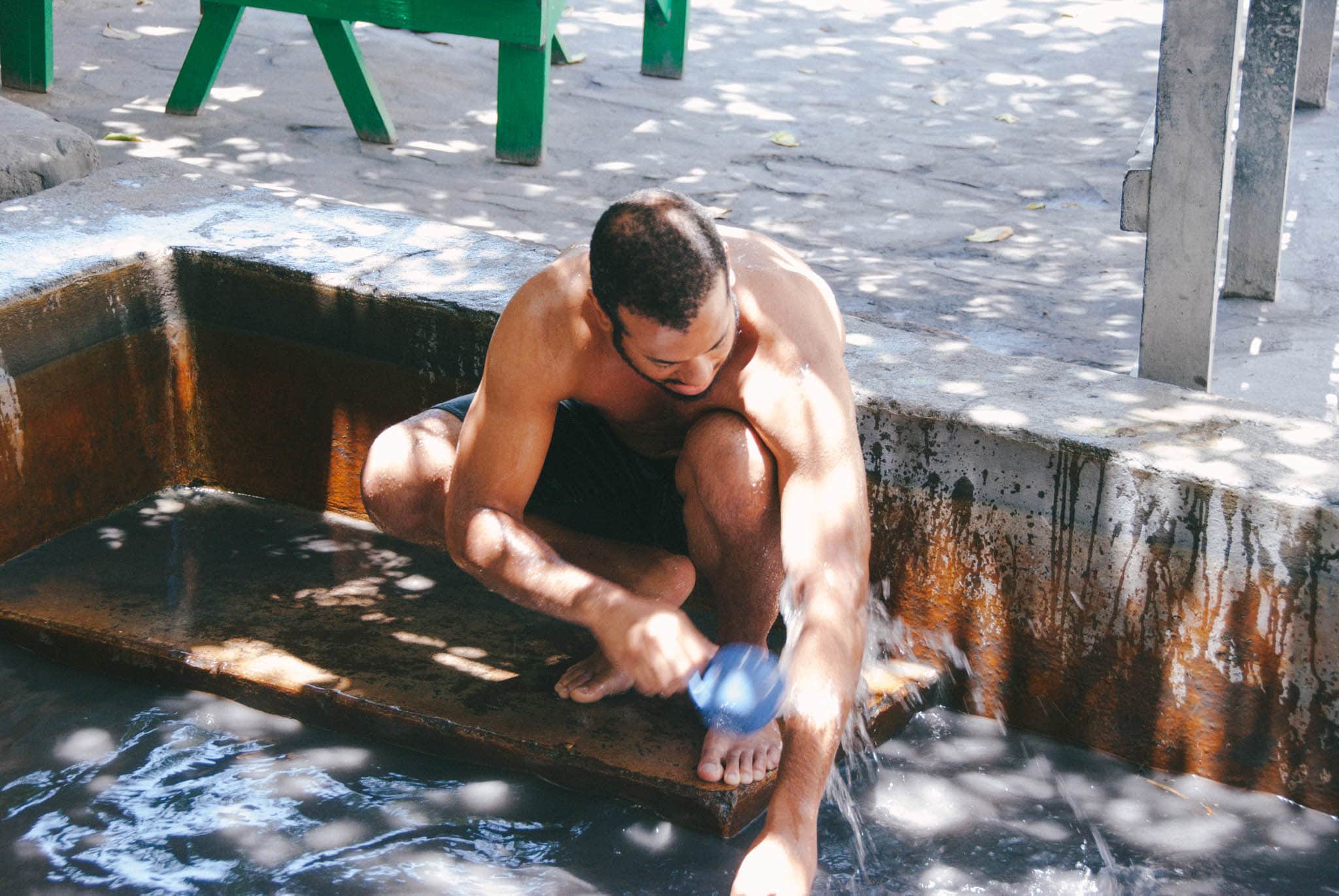 OK, let’s get something straight right from the beginning. The volcano on St. Lucia in Soufriere is named Qualibou! The volcano named Soufriere is actually on the neighboring island of St. Vincent. Confusing, yes, but we have the French to thank for that, since soufriere translates rather generically to “the sulfurer”.

Now that we’ve gotten that out the way, a trip to the Sulfur Springs National Park in Soufriere is a staple of St. Lucia excursions and something you simply have to do on your first trip to the island. I imagine every property that offers tours, offers a trip to this tourist attraction, but, of course, we like our excursions a bit more uncommon around here so we opted to go on our own and for our own reasons. When you visit what is marketed as the “world’s only drive in volcano”, one inexpensive ticket will allow you to watch a short video, tour a tiny exhibit about the history of the caldera and finally get a brief, guided walk near the bubbling sulfur springs. The short video is fairly informative, though nothing you don’t already know if you have any knowledge of the Caribbean’s volcanic past (and present). The highlight of the little exhibit is the use of a breadfruit to explain the layers of the Earth. And you’re certain to gasp at the guide’s tale of unfortunate Gabriel—a one-time tour guide himself who, when demonstrating the safe, weight-bearing properties of an area of the sulfur springs by jumping up and down, fell into an unknown subterranean cavity all the way up to his waist and was severely burned. All that’s enough for your average tourist, but the real reason to visit the national park is to brave the volcanic mud bath.

For the small price of a different ticket, you can attempt to harness the healing powers of the gray, intensely hot mud as locals have done for hundreds of years. Last weekend when we visited, a father had brought his family for a restorative dip. He was there for his arm which he had recently broken and general well-being for his kids. Unfortunately, due to the timing of our visit the water was way too hot to stay in for more than a second or two. Instead, we used a cup the family had brought to splash the hot, restorative waters all over ourselves.

Try visiting early in the morning, after a rain, or during a full moon (really, it adds more water from the ocean to the caldera) for slightly lower temps.

Despite the omnipresent funk of rotten eggs caused by the sulfur, we walked away feeling honestly rejuvenated!

We've posted photos of the majestic points of the Pitons St. Lucia before, but few views make an overcast morning look better quite like these twin wonders.
84
Shares
🇱🇨St. Lucia

St. Lucia's stunning Pitons are an incredible sight any time, but there's something extra special about seeing them with the rising sun.
467
Shares
🇱🇨St. Lucia

Swim at Sugar Beach, St. Lucia: Wish You Were Here

Another beautiful day for a swim at Sugar Beach, St. Lucia.
19
Shares