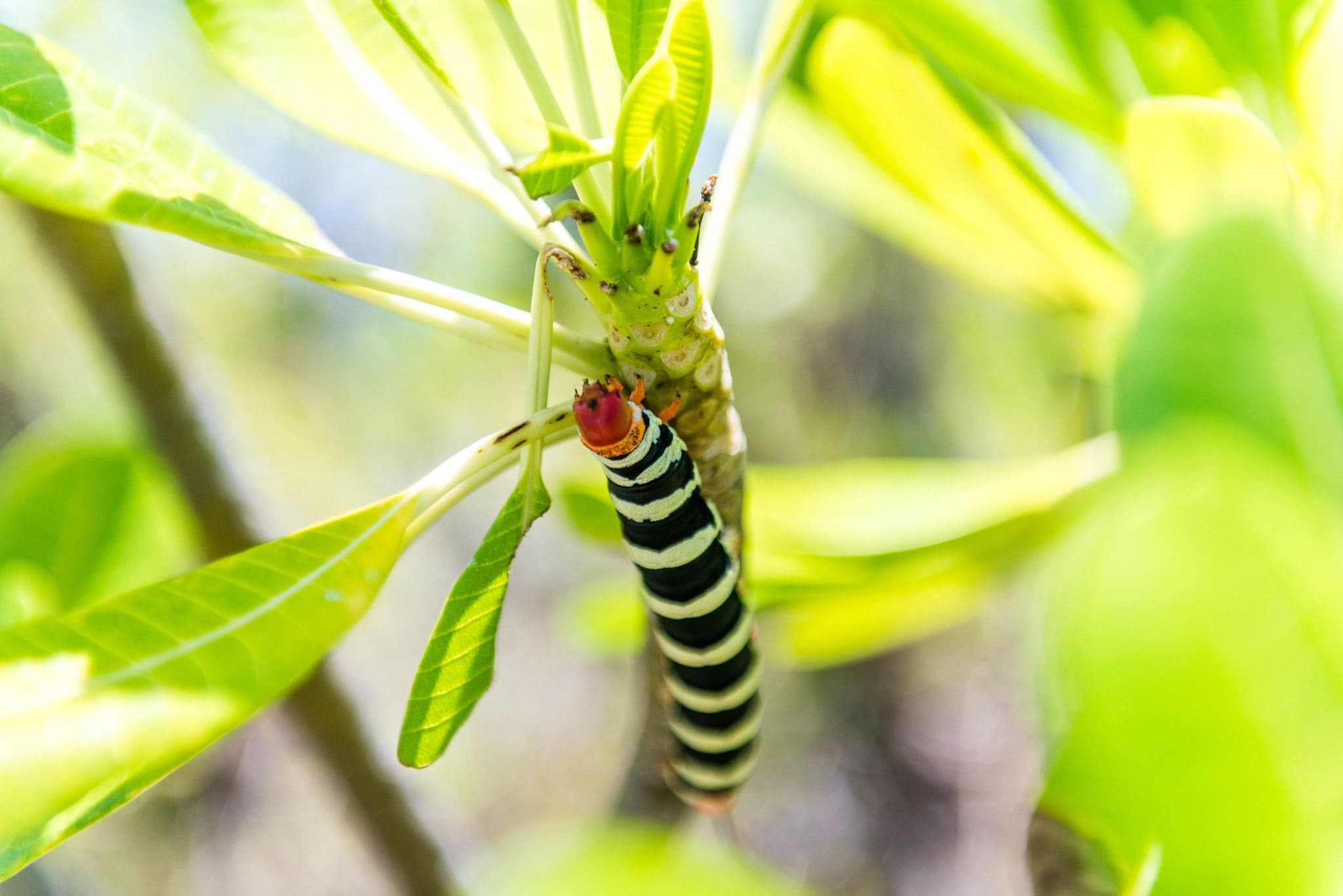 The Frangipani Worm – A Caribbean Beauty and Beast

Few creatures in the Caribbean combine beauty with infamy quite like the frangipani worm.

Known as the rasta caterpiller on certain islands and pseudosphinx tetrio in the scientific community, these worms are brilliantly colored — neon yellow stripes plus a fire-engine red head and legs contrast against their black bodies.

Besides being sharply dressed, they’re also huge. They can quickly reach six inches long and be as fat as my thumb.

It’s how they achieve this size that has earned the Frangipani worm such a terrible reputation all across the Caribbean. They eat… A LOT!

When you see one, you’ll likely see a whole bunch. Frangipani worms often travel in hordes, dramatically compounding the damage they can do. Believe it or not, these worms can strip an entire frangipani tree in a day or two! 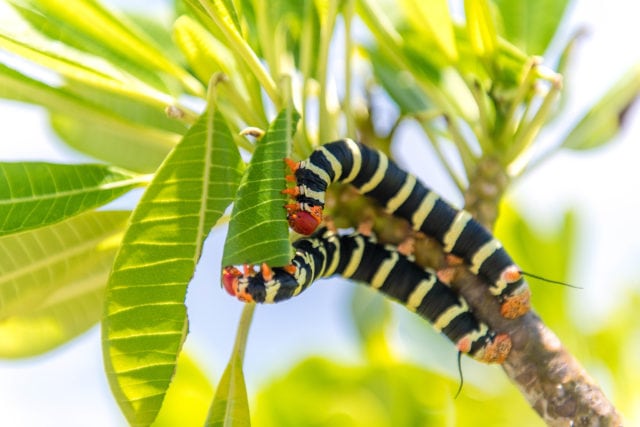 Finally, since the plants they dine on are poisonous, they too are toxic. This keeps them safe from most predators with the flashy colors serving as a warning to other animals that they will likely make them sick.

Should you consider handling one… DON’T! They’re covered with fine needle-sharp hairs that will irritate your skin.

And, oh yeah, they bite! I mean, just look at the chompers on them.

Now, I know what some of you’re thinking:

Well, at least it probably turns into a beautiful butterfly, right?

How big? We’re talking a six-inch wingspan! They’re also more than happy to fly in your face or hair as you walk around at night. 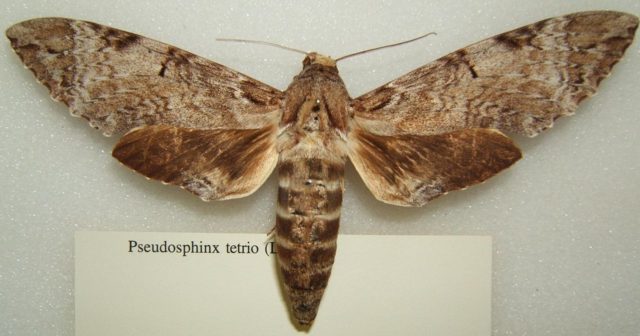 So, yeah, there’s not a lot to love about ol’ pseudosphinx tetrio… But they do make pretty caterpillars, so there’s that.

Have you seen these guys in your travels or in your yard? Let us know in the comments.

Why You Should Get to Know the Wildest Locals Found on St. Martin/St. Maarten

Few flavors complete a trip to the Caribbean quite like lobster. Lobster season in the Caribbean is one of the best times to find yourself in the West Indies.
242
Shares
Caribbean