Just off the north coast of North Caicos lies a trio of islets seemingly plucked from a dream. They’re known as Three Mary Cays, though I’ve yet to figure out why. I doubt it has anything to do with the Mary Kay of cosmetics fame, though the site is plenty beautiful, don’t you think?

The trio of tiny limestone islets sit in the shallows just a few yards offshore. (MUCH closer than Pelican Cay is to Bambarra Beach in Middle Caicos.)

Sandy Point Beach is just to the west while Pumpkin Bluff, where I snapped this image, is immediately east. It was here at Pumpkin Bluff, enjoying this glorious sunset, that the Three Mary’s began to irk me.

I had planned to visit Three Mary’s well before my family escape to the fab Empyrean Villas. I plotted a route to drive there using Google Maps and was all set to experience what I’d read was North Caicos’ prime snorkeling spot.

Like many paths to the best North Caicos adventures, though, the road to Three Mary Cays isn’t easy. Huge pot holes and aggressively encroaching underbrush make accessing the islets using anything other than a 4×4 (or boat) near impossible.

As our trip was very short, this view from Pumpkin Bluff was as close as I got to the Three Mary Cays. Two summers have passed since this big miss and I still find it hard to believe. Especially considering how close the Cays are to Empyrean!

Next time you can bet that I won’t be leaning on Google Maps to get me to Three Mary Cays. Instead, I think I’ll drive right back to this spot and enjoy the nice seaside hike toward the setting sun. 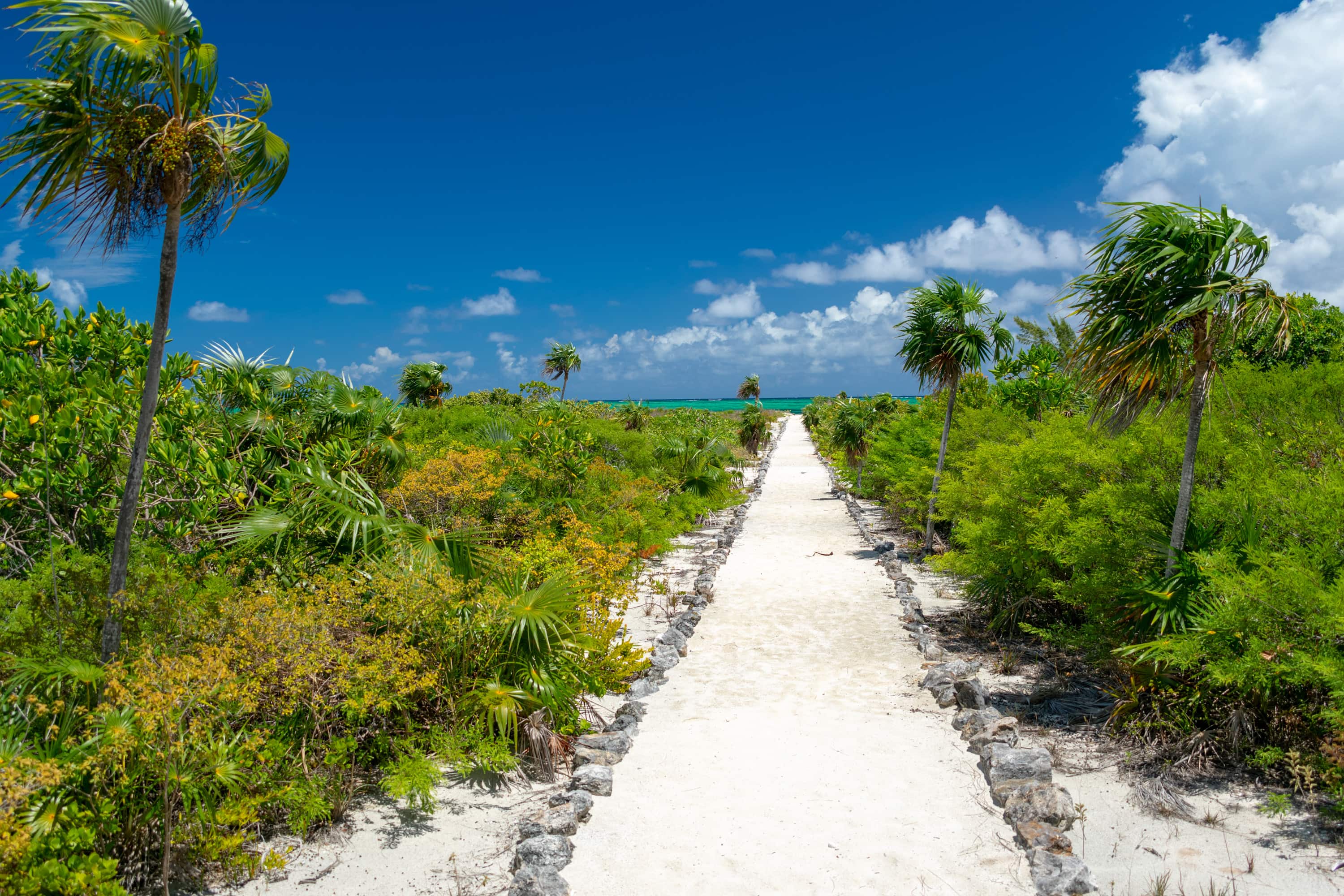 One of my favorite things about Empyrean Villas in North Caicos is that it's not located directly on the beach. This encourages exploration.
141
Shares 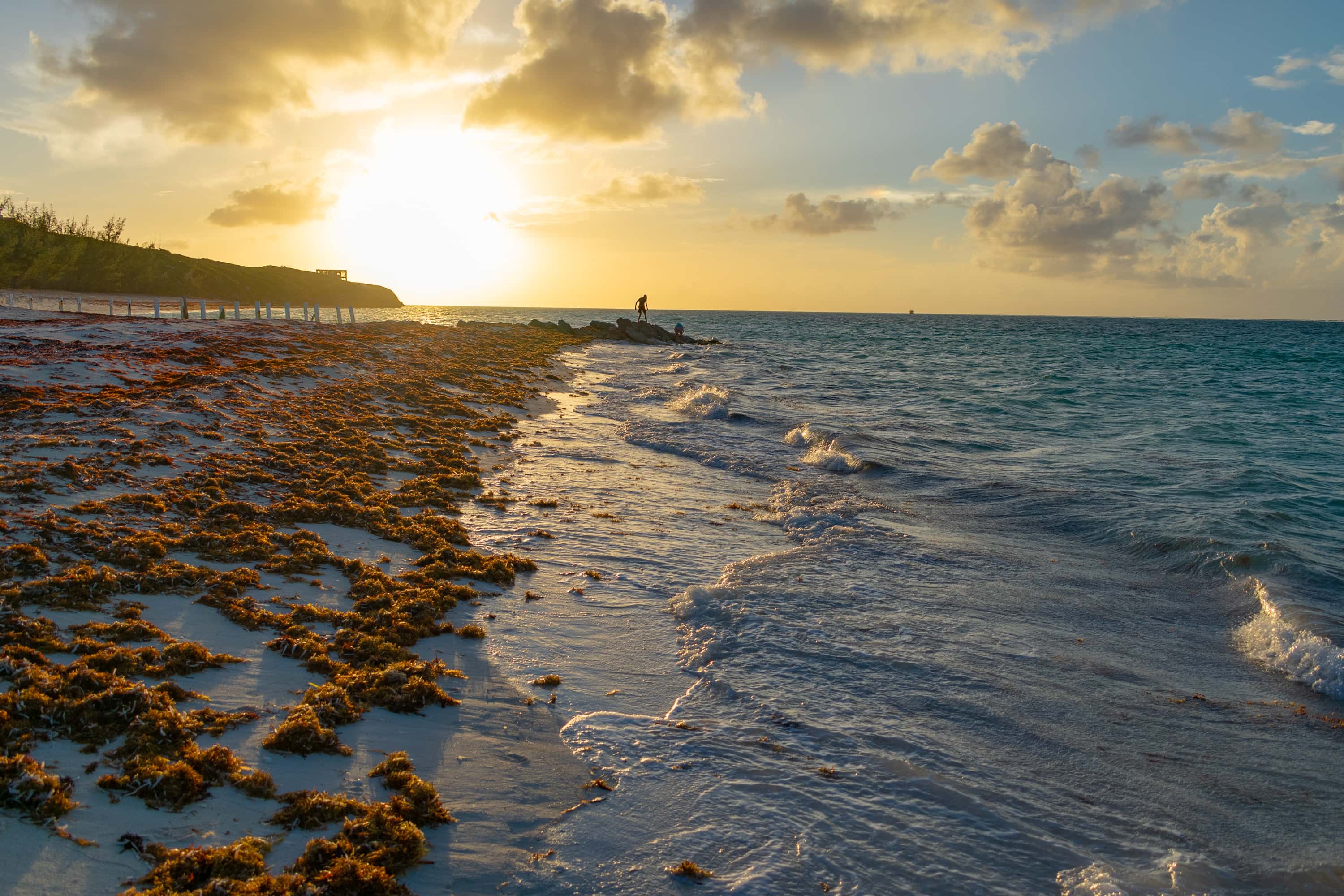 Our first Whitby Beach sunset wasn't marred by the sargassum. I actually rather think the seaweed added a nice sort of wild shores quality to the scene.
46
Shares

Sun-kissed and sargassum-free (a must for summer beach fun), Pumpkin Bluff is straight unspoiled Turks and Caicos beach magic.
176
Shares
Send this to a friend