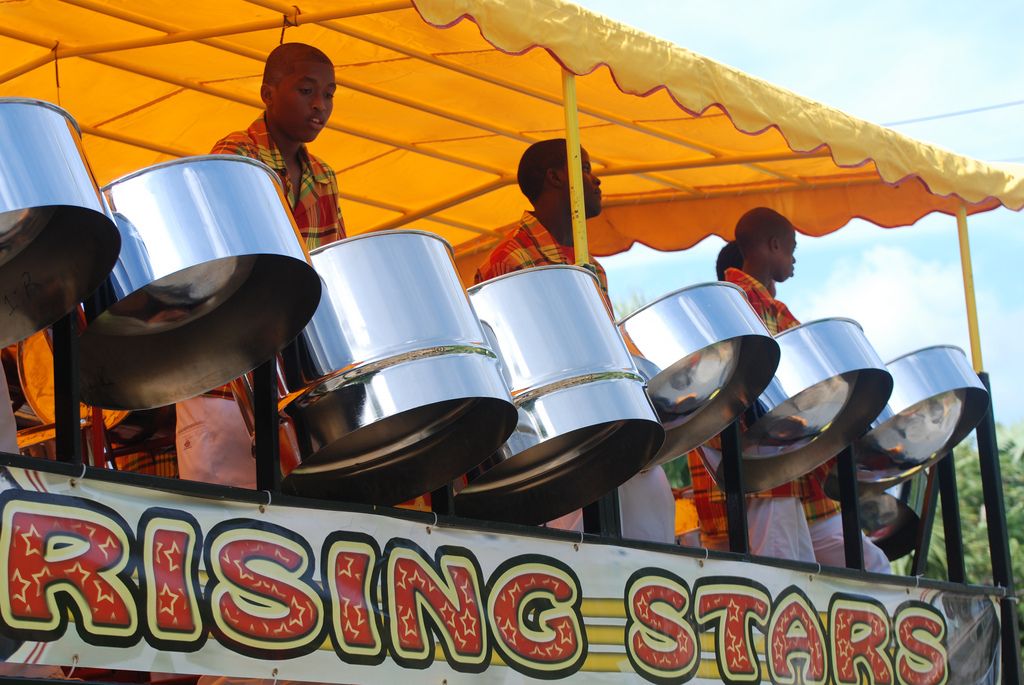 Scratch Music Bands of the USVI

Everyone knows ska, reggae, roots, calypso, and soca. These headlining Caribbean musical forms are rightfully world-famous, but they barely scratch the surface of all the distinctive sounds developed in our home region. In the U.S. Virgin Islands, for instance, steelpan music from Trinidad may form the soundtrack of carnival celebrations, as pictured above, but our real home-grown music sounds a whole lot different… Ever heard of scratch music?

From the Caribbean to the World

There is no debate: no region of the world has contributed quite as much to the world of popular music over the years as the Caribbean.

From the earliest ska beats in the 60’s, to the roots, rock, reggae of the 70’s, and dancehall riddims years later, Jamaican-born reggae remains a worldwide phenomenon. Calypso from Trinidad & Tobago actually preceded reggae’s global run of success, the two contributing greatly to the earliest inklings of rap and hip hop along the way.

Now, let me introduce you to a different sound of the Caribbean:

This is scratch band music or quelbe, a harmonious sax-driven sound often incorporating hilarious and timely lyrics over a mishmash of improvised instruments that somehow coalesce into something beautiful.

The music has its roots in slavery, when displaced Africans would make music out of anything they could find to while away the few leisure hours they had. Old washboards, gourds, tin cans – whatever could make a sound was put to use.

Scratch bands in later years became more sophisticated, employing guitars, drum sets, and other more formal instruments. Even so, you’d still always see a few improvised instruments in every band. Most notable among them: the ass pipe.

Fashioned from an exhausted car’s old exhaust pipe, the ass pipe powered the bass line in the scratch bands of the old days. Jamsie and Happy Seven, Blinky and the Roadmasters, Joe Parish and the Hot Shots, Bully and the Kafooners – the names are legendary in Virgin Islands musical lore.

These treasured groups and their distinctive music are a dying breed, so give a listen while you can by clicking on the USVI Scratch Band Mix image above and see what real Virgin Islands music is all about!

The original Crucian Hook Bracelet by Sonya Ltd. is a simple, yet oh-so elegant symbol of love and eternal pride in our home island of St. Croix.
1.9K
Shares
🇻🇮St. Croix

The best Caribbean beef pate recipe is serious business in our home island of St. Croix. Let The Crucian Contessa show how to make the perfect pate!
5.7K
Shares