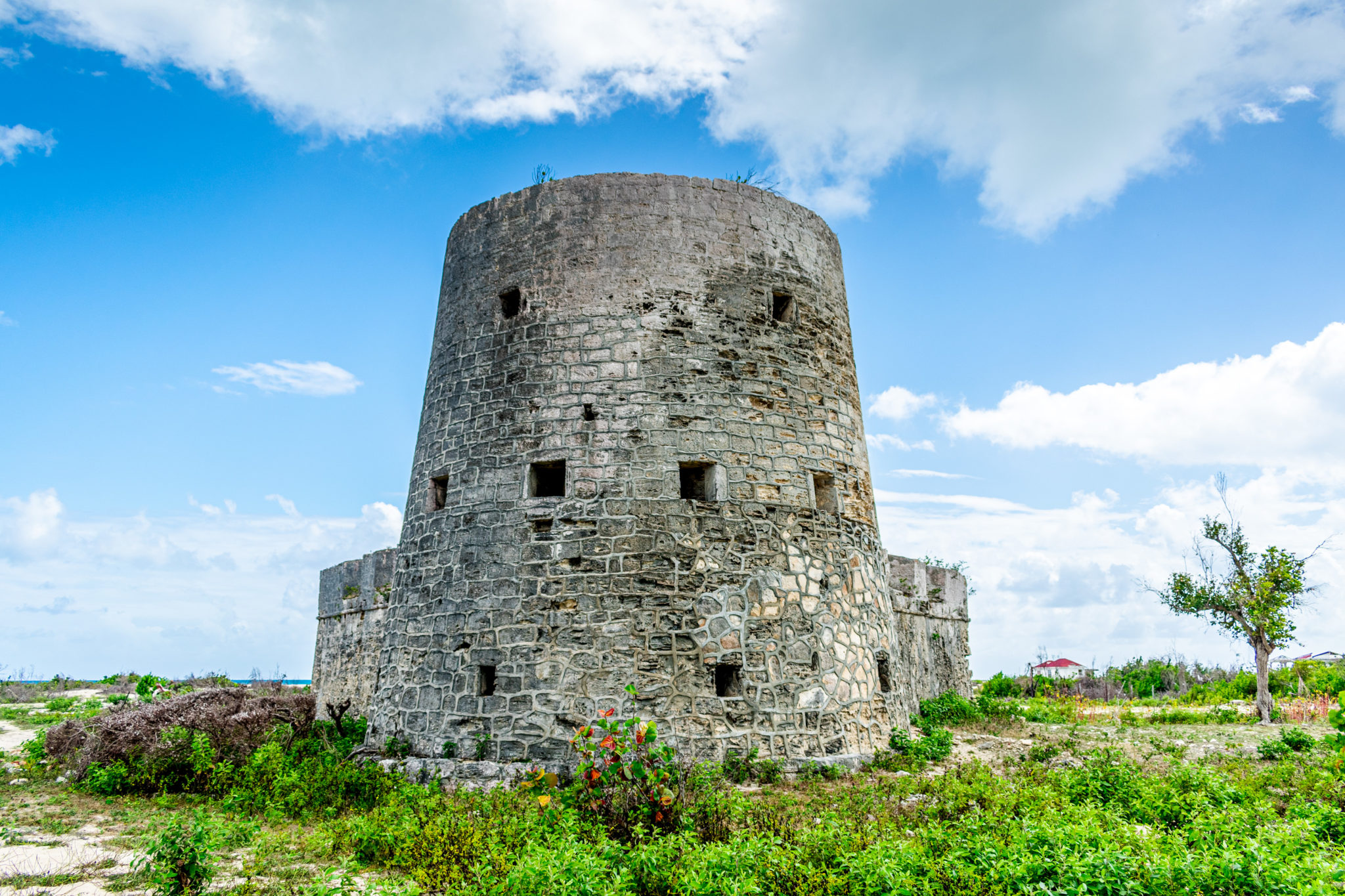 It’s a huge number, no matter the circumstances. When ascribed to the total number of buildings destroyed due to a natural disaster, though, 90% is downright unfathomable. Such was the feeling I had upon setting foot on Barbuda last May. A good 90% of the buildings on Antigua’s sister island had been destroyed by Hurricane Irma just eight months prior… and it showed.

From Coco Point Lodge to the Pilgrim Holiness Church in Codrington and everything in between, every structure was shattered.

Every structure, that is, except for Barbuda’s Martello Tower.

At first I mistook it for a sugar mill, like the type I grew up knowing in St. Croix. This tower, though, is/was something altogether different.

Martello towers should actually be called Mortella towers. The British screwed up the name when they appropriated the design of the cylindrical strongholds they encountered upon attacking Mortella Point in Corsica in 1794. Corsicans had employed the then revolutionary fortress design since the 15th century.

So impressed were the English with the strength and 360-degree defense capabilities of the towers that they started building their own versions all over British Empire. Nearly 150 Martellos were built up and down the British and Irish coasts during the early 1800s alone!

The surviving Martello Tower in Barbuda dates back to those same heady days of heightened defense construction in the early 19th century. It’s said to be the oldest such tower built in the Caribbean, followed in short order by Martellos in the BVI’s, Jamaica, and Trinidad.

(There’s one in Bermuda too.)

The interior floors within the tower long succumbed to the ravages of time. There’s no scaling to the top these days. You can, however, climb the back section and gaze for miles over Barbuda’s southern shores. 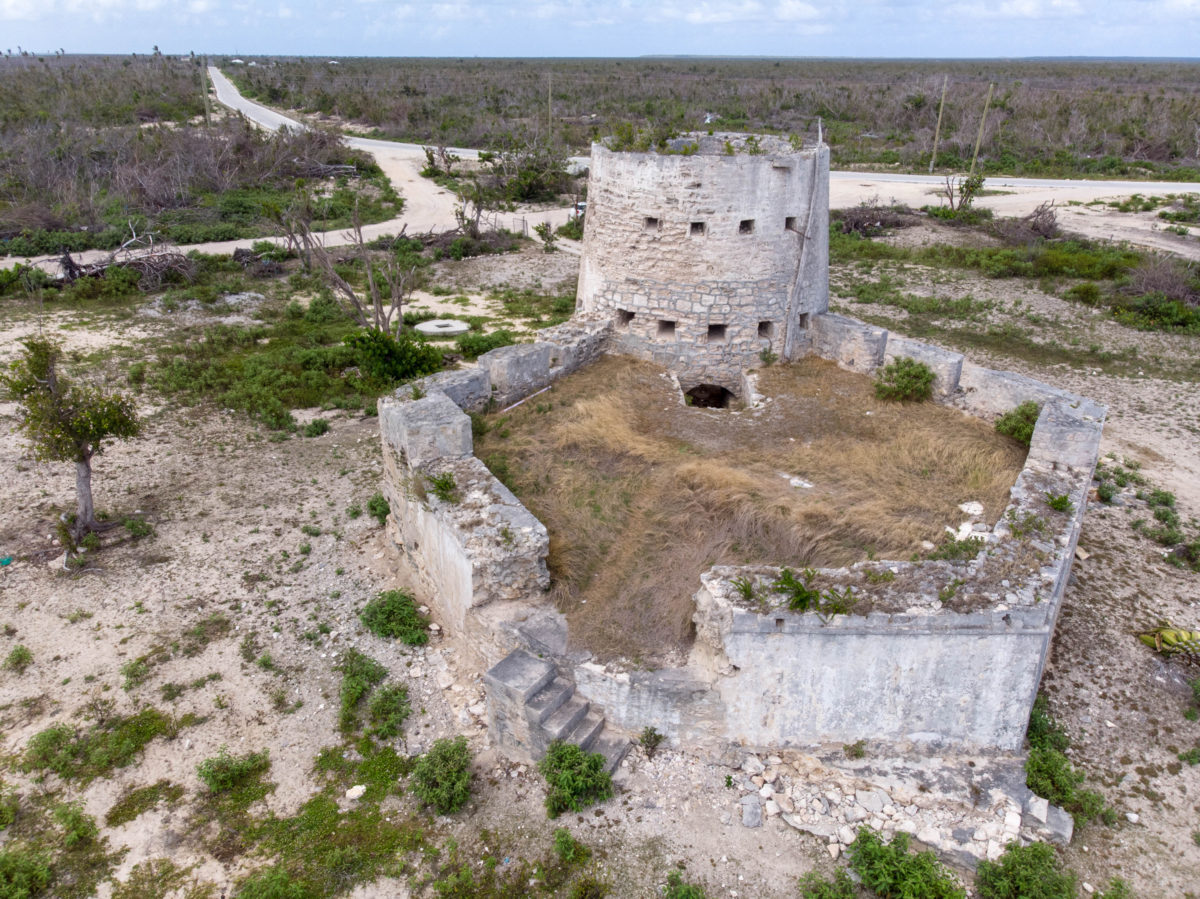 Barbuda’s Martello Tower sits just off the main/only road from the ferry dock to Codrington. The famed Barbuda Pink Sand Beach separates it from the sea. It stands just 56 feet tall. In famously flat Barbuda, though, that’s more than enough for the tower to serve as the island’s primary landmark, aiding in navigation in and around Barbuda for more than 200 years.

Judging by how well it weathered Irma, you can bet that this Martello will continue to benefit Barbuda for many years to come.

Should you visit Barbuda now?

No destination was as severely impacted by the disastrous 2017 hurricane season as Barbuda. Now, nearly two years later, though, may be the very best time to pay this special island a visit. Check out this earlier post for reasons why I’m hoping to get back to Barbuda ASAP.

We'd been at sea for 100+ minutes of a scheduled 90-minute ferry ride from Antigua to Barbuda. All around us, though, was wide open seas. Where was Barbuda?
40
Shares
🇦🇬Antigua

This was the scene yesterday at sunrise in St. John's Harbour, the dramatic skies overhead presaging what would turn out to be one of the most perplexing, eye-opening, and, ultimately, inspiring days of adventuring I've ever experienced anywhere. Our destination: Barbuda.
45
Shares
🇦🇬Barbuda

Any dreams or visions that I ever had about the beauty of the beaches in Barbuda were far exceeded by my actual first sight of them a few months ago.
80
Shares