Growing up in St. Croix, I had a fairly typical U.S. education with fairly typical U.S. textbooks as far as I can remember. Like most Americans, I learned “in 1492 Columbus sailed the ocean blue.” Ingrained in my mind are the names of his ships: The Nina, The Pinta and the Santa Maria.

Of course, I learned that everyone expected him to sail off the edge of a flat earth into space or sea monsters or something. And most of all, I was taught of his discovering America.

One of the (many) perks of growing up on an island in the Caribbean was that we could actually take a field trip to Columbus Landing – a spot fairly close to my school where Columbus and his crew set foot in 1493 among islands he called Las Islas Virgenes, after St. Ursula and her eleven thousand virgins.

5 reasons not to celebrate Columbus Day

Now, I got nothing against thousands of virgins or a good story. But as I got older and began learning more about the history of the Caribbean, the glossy veneer of ol’ Chris didn’t hold up.

The next obvious question is: well, if that’s not his name, what were the names of his famous ships? Well, the Pinta was indeed, the Pinta. However, his other two ships on his first voyage were the Santa Clara and the Gallega. (He had plenty of different ships on subsequent voyages.)

Ahh, well, semantics. It was still his idea to sail west, rather than east to hit the East Indies, right?

Wrong, it was his younger brother Bartholomew’s. And most believe the idea came from their family’s time in Iceland.

There, the brothers should have been exposed to the adventures of another explorer: Leif Erickson. Sure, Chris had been sailing since age 14. And he was a talented astronomer and navigator. However, it was his brother, the cartographer’s idea to sail West.

To realize this dream, they split up. Chris went to Spain and Bart to France. Both in an effort to secure funding for their expedition.

The plan was to join up once they’d gotten the backing they needed. Then they would sail away together to claim their riches.

Except, once Chris had succeeded in Spain, he didn’t wait for his brother. And Bart was left behind on the cutting room floor of history. (He did follow his big brother to the Caribbean two years later.)

Well, the tough thing about labeling someone as good or bad is the definitions change with the times. For example, a neighbor taking a stick and beating your child as some kind of punishment might have been perfectly fine at one time. In fact, that might have been a good neighbor, whereas today… That neighbor would find themselves in jail.

I believe that’s the tact to take when looking at Chris. Sure, he was addicted to opium, but a lot of people were at the time. And, sure he was directly responsible for the enslavement, torture, mutilation, and murder of tens of thousands of Native American people in the Caribbean islands during his quest for riches.

And he’s credited for marking the establishment of institutionalized slavery in the West Indies. Which, of course, led to a demand for more slaves. And eventually hundreds of years of African slave trade… but… uhm…

OK, fine, he was a monster. (You may want to add this into the equation.)

Fine, fine… But he did discover America… right?

First, let’s just put aside the paradox of “discovering” a land that already had a population of indigenous people. Even if we ignore that, this one still depends on your definition of America.

On his 1492 voyage, Chris landed on a number of islands including some in the Bahamas very close to mainland Florida. But as far as I know, no U.S. landfall.

On his second voyage, he landed at Hispaniola, Cuba, and Jamaica among others. All islands I would love to visit on a single trip. But, again, no mainland United States.

On his third, he named Trinidad and landed in present-day Venezuela.

hen, on his fourth, final voyage, he landed at present-day Panama. So, yes, in 1498 and 1502, he did reach the continental Americas. That is, South and Central America to be exact. But by then he was hardly the first European.

And that’s even if you discount the fact that native peoples lived in these places all along.

So, no, Columbus did not discover the “New World.”

Any reasons to celebrate Columbus Day?

So yeah, Christopher Columbus, upon closer inspection, is a terrible fellow to honor. Thankfully, Columbus Day has morphed into Indigenous Peoples Day. And I’m not one to turn down a national holiday for a day off work!

So, enjoy the day off and celebrating Indigenous Peoples Day. And if you can, take some time to learn more about all the diversity that makes the Caribbean great.

Or maybe even plan to “discover” your own new-to-you islands! 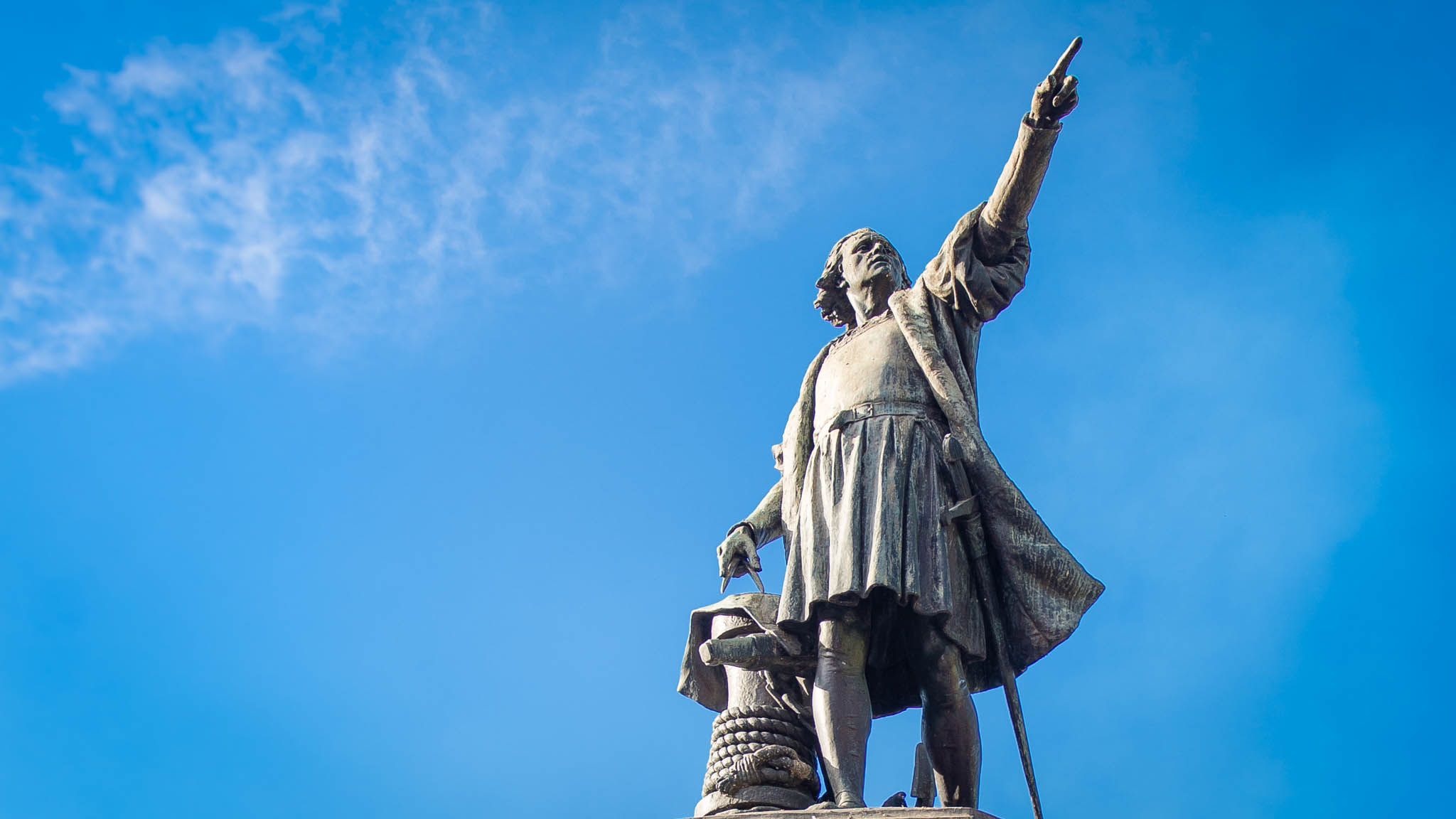 Is Columbus' tomb in the Dominican Republic or Seville? Exploring the story of Columbus’ postmortem voyages and the enduring mystery.
260
Shares 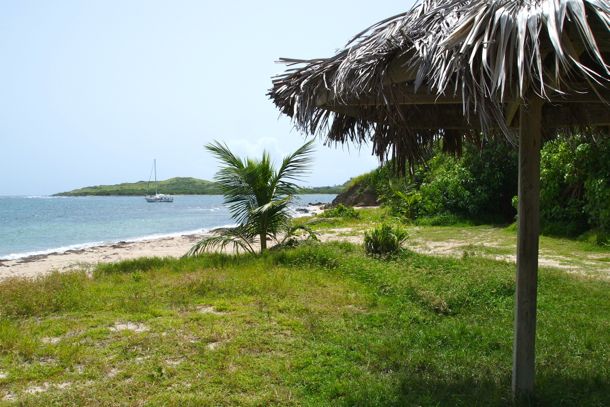 Columbus Day's only silver lining may be found at historically significant sites throughout the Caribbean that connect us to history.
48
Shares 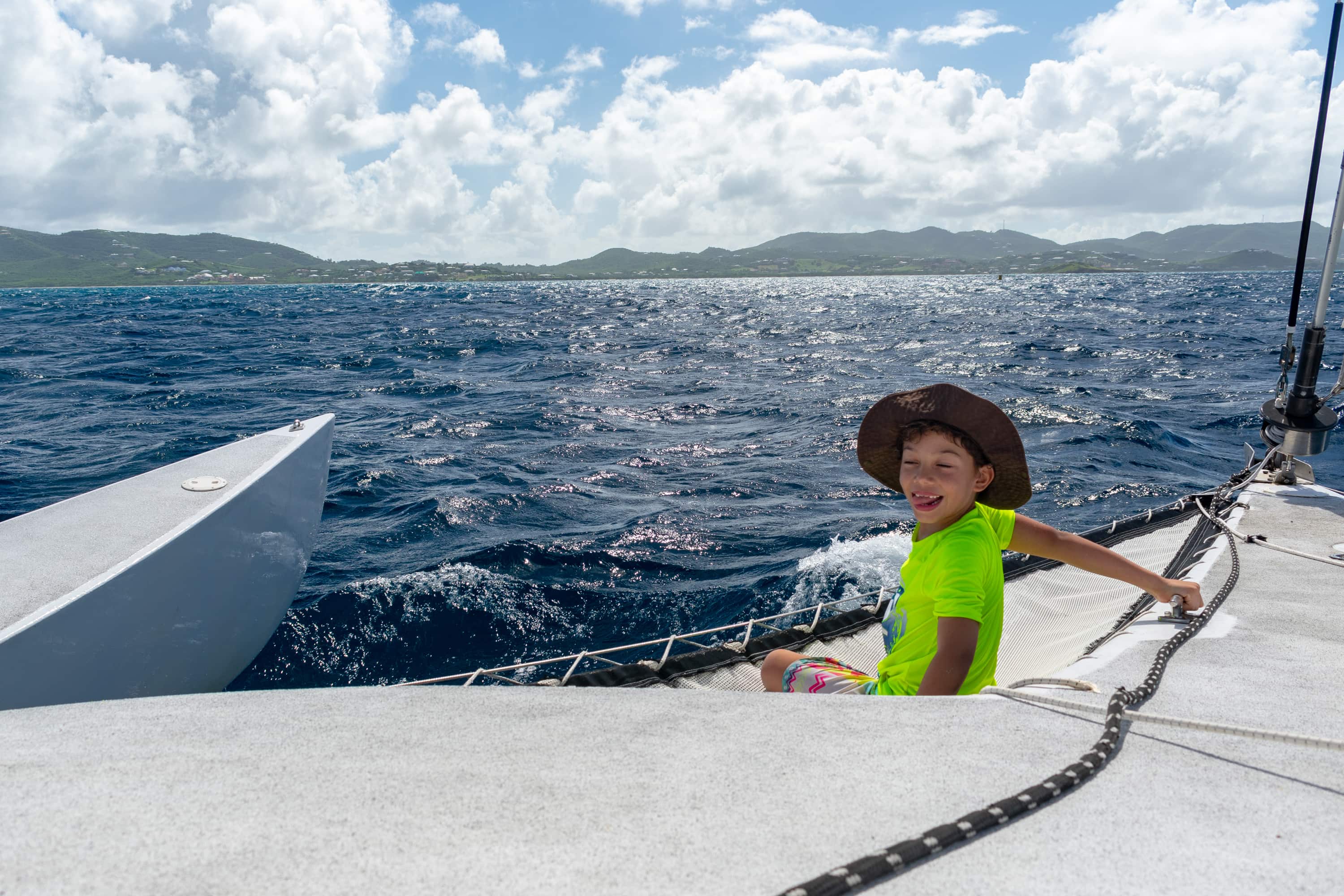 The Joy Of Caribbean Sailing With Your Kids

That's my nephew, Trinidad, reveling in the joys of Caribbean sailing somewhere between St. Croix and Buck Island aboard Teroro II.
29
Shares
Send this to a friend