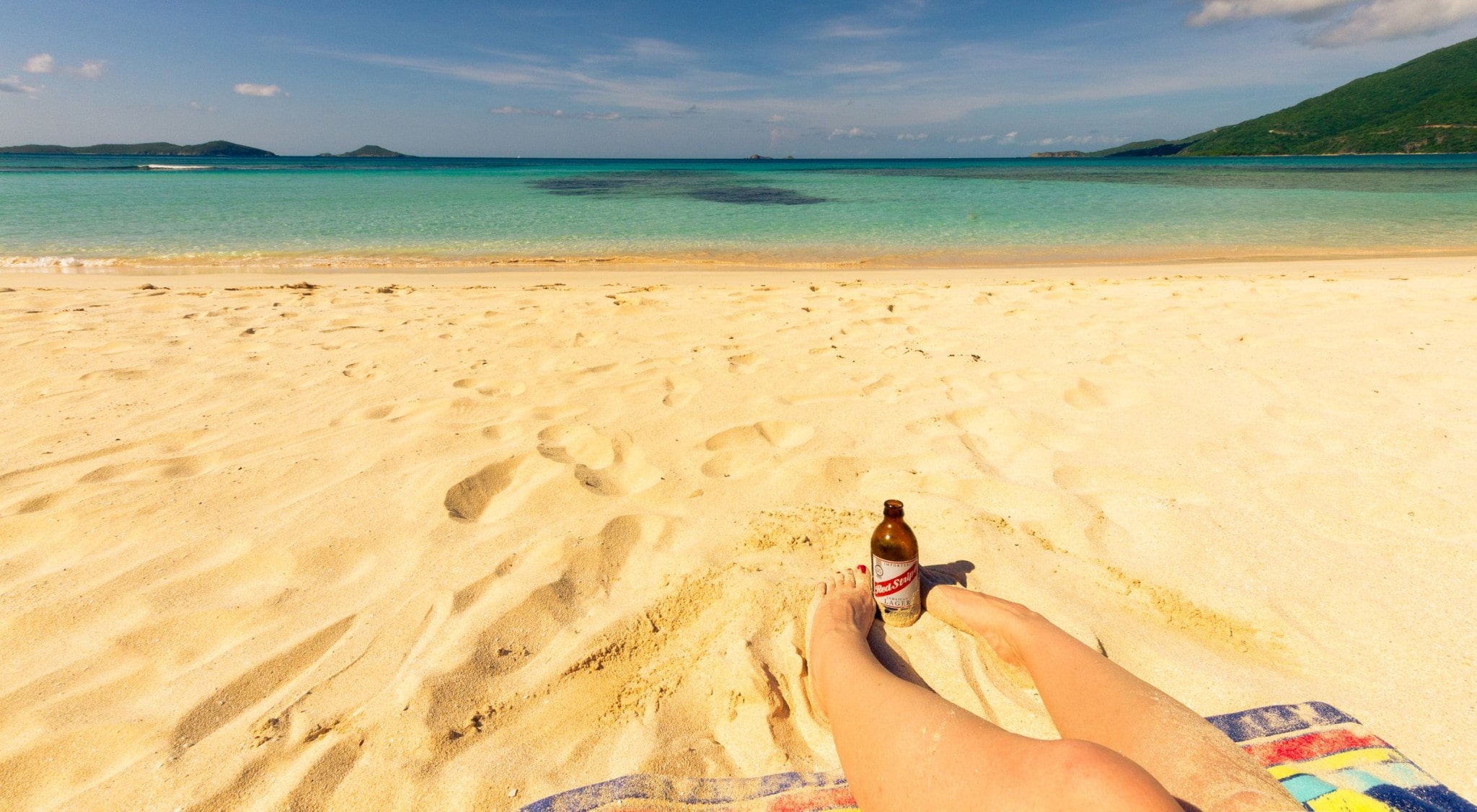 If the idyllic picture of the Caribbean that most people hold in their mind’s eye looks a bit like this, then the beer they’re most likely imagining in their virtual hands is Red Stripe.

Carib may be more widely consumed in our islands, Stag may just be better (at least according to this guy), but on a global level, Red Stripe’s winning most any best Caribbean beers contest.

As THE beer of Jamaica, of course, Red Stripe’s popularity is always assured. Brand Jamaica outpaces the Q rating of all other Caribbean countries, no doubt giving Red Stripe a boost. So too, though, do memories of past Spring Break shenanigans among the millions of young overseas visitors drawn to Jamaica each year. Red Stripe fuels a lot of the fun of those formative forays into the adult travel, leaving a fond and indelible impression that keeps Red Stripe sales high well beyond Jamaica’s shores.

Red Stripe wasn’t always all that popular in the U.S., though.

First introduced in 1938, Red Stripe is another one of your typical pale, light Caribbean lagers, its nice 4.7% alcohol by volume and crisp flavor tailor-made to mitigate warm weather. Naturally it was a hit, growing over time to the point where overseas export, particularly to the U.S., became inevitable.

The year was 1985. Millions of Jamaicans were living in the U.S. Millions more U.S. citizens were regularly traveling to Jamaica. Surely Red Stripe would be an immediate success in the States, right?

In a corporate consumer products branding snafu to rival the introduction of New Coke, Red Stripe was initially launched in the U.S. in a lean, green bottle, the veritable antithesis of its iconic squat dark packaging.

Well, it seems the decision was driven by Red Stripe’s desire to steal market share from Heineken. It failed, of course, with Jamaicans living in the U.S. and Americans who had traveled to Jamaica disbelieving that the green Red Stripe was the same beer they’d grown to love in JA.

The problem was soon fixed in the early 1990’s, though, when the very same Red Stripe bottles available for sale in Jamaica was exported directly to the States, enabling those of us in the U.S. to keep the good times enjoyed in Jamaica going back home… Sort of…

Fast forward to 2012. Global spirits giant, Diageo, now owns Red Stripe. Up until that time, all Red Stripe beer had been produced in Jamaica. Since then, well, the Red Stripe found on U.S. store shelves actually comes from Wisconsin or Pennsylvania.

American Red Stripe is still pretty good, but as anyone who’s ever sat on a beach like the one above with an ice cold Red Stripe in hand can attest, there’s really nothing like the real thing. Needing to go back to Jamaica to get it, while enjoying more ultimate good times along the way, seems perfectly fine with me…

Ordering Up Another Red Stripe in MoBay: Wish You Were Here

Ginger beer mixes so nicely with rum that I would never dream of combining it with any other spirit, much less beer. Royal Jamaican, however, begs to differ.
199
Shares
🇯🇲Jamaica

As with all of the world's many varied cuisines, not all tastes of the Caribbean appeal to everyone.
112
Shares