Own the Caribbean’s Most Bohemian Brewery: Uncommon Buy 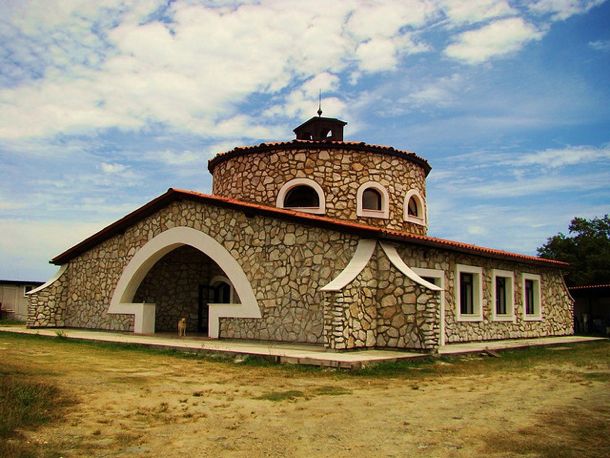 Living the dream of running off to the Caribbean to carve out a new life takes many forms for those adventurous enough to do so, as we’ve profiled a time or two. Of all the paths to island life that I’ve ever heard of, though, the one that led to the construction of this place (and your opportunity to own it) is probably the most uncommon…

This funky-looking fortress is/was known as The Bay Island Brewery. You can find it on Roatan, the largest of Honduras’ incredible Bay Islands, and yes, despite a facade that might suggest some sort of historic Spanish colonial attraction, they actually used to make beer here.

The Bay Island Brewery is/was the brainchild of the renowned Czech artist, Jiri Maska. A Roatan resident since the mid-1990s, Jiri founded his brewery for one very good and practical reason, which he explained in a January 2006 newspaper article, saying:

I can’t live in a country without good beer.

Who can, right? For Jiri, though, good beer came with some serious stipulations. 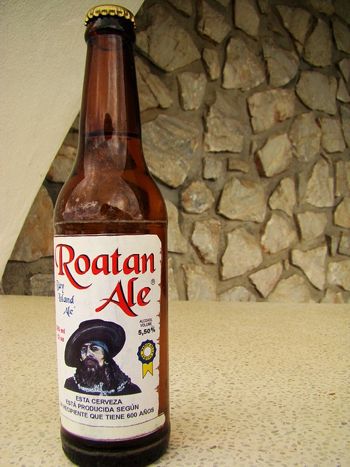 For one thing, Jiri’s beer followed a recipe that dates back more than 600 years, employing open fermentation methods traditional to beer-making back in his native homeland. Water used for making Bay Island beers was drawn from a 330-foot artesian well located on the property. Malts, hops and beer yeasts were imported from Jiri’s home region as well, producing what most certainly must have been among the most uncommon beers in all of the Caribbean.

I’m guessing Jiri may have also thought it was important for good beer to be brewed in artful surroundings, ergo the unique architecture of his brewery purposely designed to mimic a 15th century Spanish fortress.

Not everything about the Bay Island Brewery harkens to the past, however. Inside those Old World walls, the brewery houses state-of-the-art brewing equipment, much of it powered by solar panels and windmills.

All of this has made me really want to visit The Bay Island Brewery since I first got wind of it about a year ago. There’s a problem, though.

Indeed, the very same funky fortress pictured above is listed for sale. When I wrote to Jiri asking if it was true that beer is no longer being produced here, he replied:

For now is closed.

Oh well, I still think it would be neat to pay Bay Island Brewery a visit. Who knows, maybe by the time I get there one of you may have bought the place and gotten the beer works up and running again. If you do, please save a cold one for me…

Half Moon Bay in Roatán – Wish You Were Here

Basking in the warmth and sunshine of Half Moon Bay in Roatán, which at approximately 50 square miles is the largest of Honduras' seven Bay Islands.
20
Shares
Caribbean