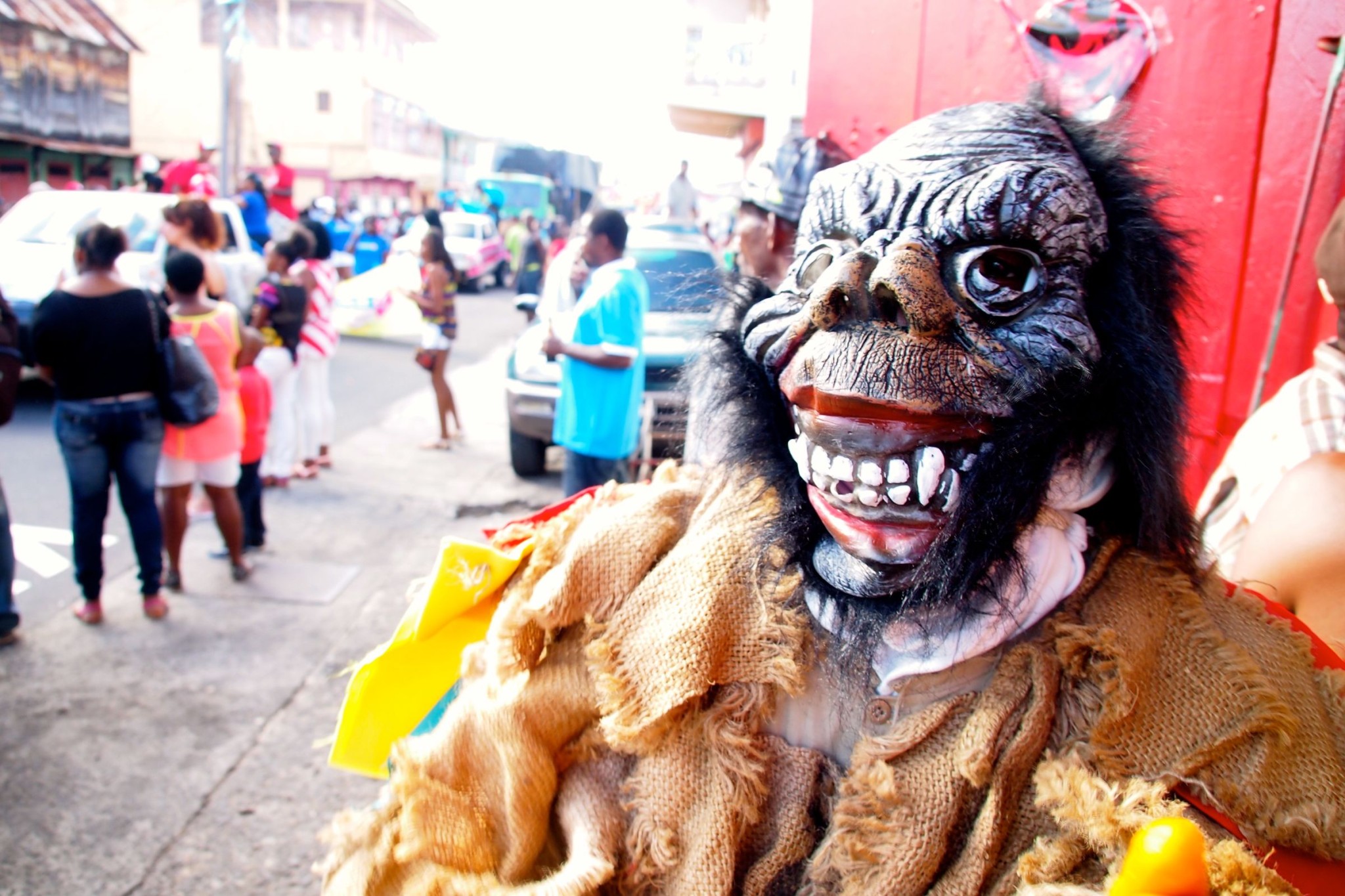 Caribbean Carnival celebrations have a well-deserved reputation for being sexy, but there’s also a spooky side to the fun and revelry better-suited to the Halloween season.

From the Red Devils in Martinique to the Jab Jab of Grenada, Caribbean Carnivals always have at least one set of characters seemingly less bent on spreeing up than scaring people and causing mischief. (All in good fun, of course.)

The scary creature pictured above certainly did his best to scare me during the Grand Opening Parade for Dominica Carnival earlier this year. His appearance alone was enough to stop me in my tracks, but it was his wild gesticulating that made me take a few steps back as he approached me.

I was standing next to a bar selling beers out of a side window right along the main parade route. The creature, never saying a word, sort of edged me toward the bartender, grunting and pointing at the window as he bullied me along. His intention was clear: I had to buy him a beer, or risk falling prey to some sort of prank or fright of some kind.

Yeah, I bought the beers, we shared a toast, and still without uttering a word, he was off to spook some little kids up the street, screams trailing in his wake as he went.

Mischief, mayhem, tricks and treats – as it is with Halloween, so too is it with Carnival in the Caribbean.

You shouldn't skip Carnival on smaller islands like Dominica, especially if you prefer fêting in a more intimate, down-to-earth setting...
63
Shares
🇩🇲Dominica

The Dominica Crossing race is racing in, around, over and through some of the Caribbean's most untouched and unforgiving terrain as fast as you can!
11
Shares
Caribbean