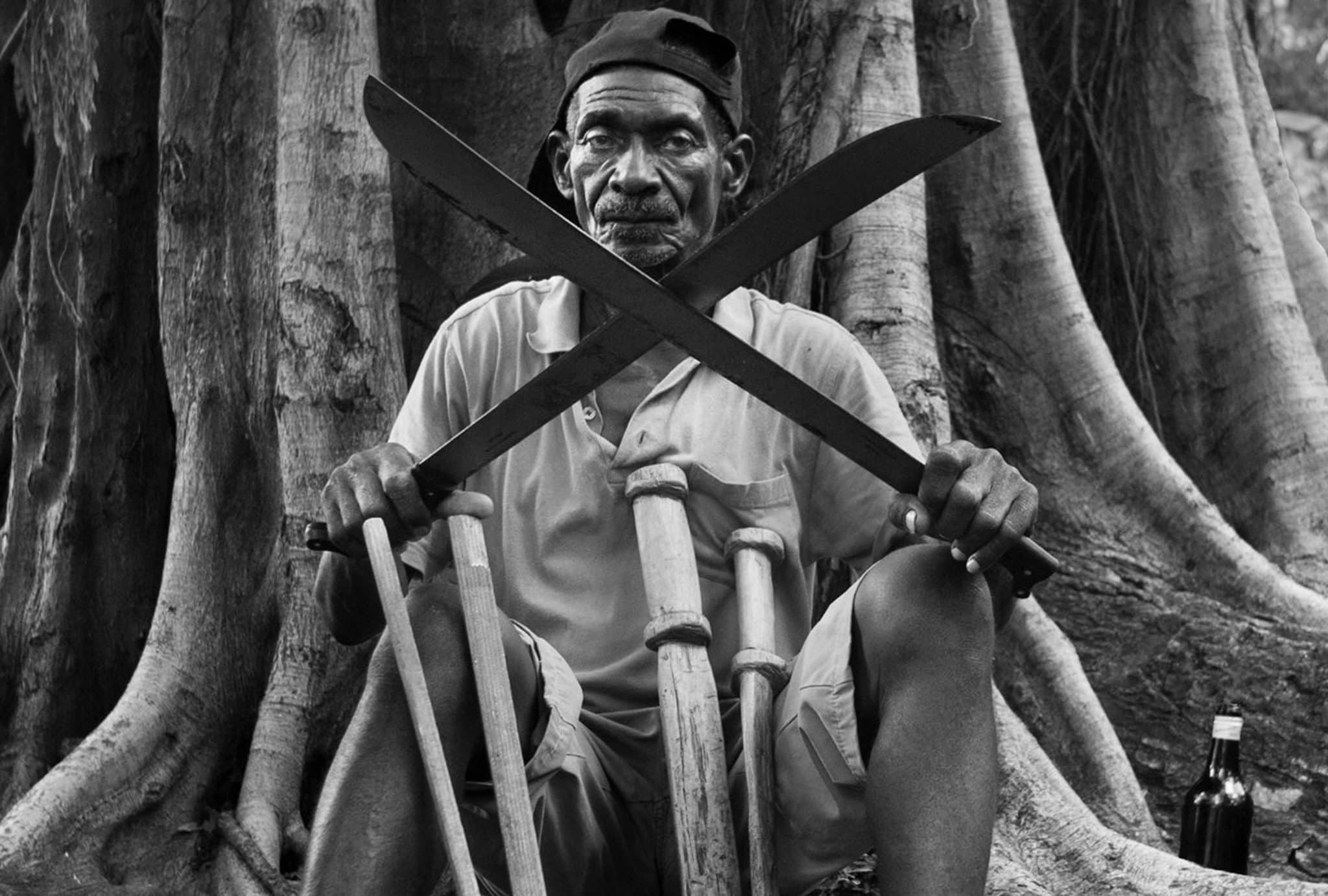 They are everywhere in the Caribbean, as ubiquitous a tool in every West Indian household as hammers are among carpenters.

We use them to tend the land, beating back the bush from our homes and outdoor living spaces. We use them to farm, to hack through the rainforest on hiking adventures, and, most famously, to open coconuts.

In one very special corner of the Caribbean, though, the use of machetes extends to art. An ancient martial art some 225 years old. A martial art rooted at the very center of the most historic revolution the world has ever seen – Haiti’s War for Independence.

It’s natural to think that machetes were a primary weapon used by slaves against their French oppressors. Besides sticks, stones, and other hand tools they didn’t have much else.

What’s surprising, though, is how those machetes were often employed. With skill, grace, and a controlled ferocity worthy of classic European fencers and swordsmen of the age.

The homegrown Haitian style of machete fencing developed among slaves and free blacks in the late-1790s just ahead of the Haitian Revolution. Traditional Kalenda stick-fighting from Africa was melded with classic European fencing learned by freed blacks serving in the French military giving birth to Tire Machèt, and eventually freedom.

Today, the tradition of Tire Machèt continues to be taught in Haiti. Until recently, the practice was kept very much in the dark.

Now, this amazing short film brings the Caribbean’s most secret martial art into the light…

In addition to shining a spotlight on a tradition that should be among our region’s proudest, the film also opens the door for all of us to learn the ancient art of Tire Machèt. Lessons available to outsiders mentioned in the film by Papa Machete, Professor Alfred Avril, continue to this day through The Haitian Machete Fencing Project.

Papa Machete is the moving masterwork of director Jonathan David Kane. The film was produced by Borscht, an open-source collaborative bent on redefining cinema in Miami, and Third Horizon, a Miami-based Caribbean artist collective and media company dedicated to capturing the sights and sounds of the Caribbean and the so-called “third world.”

To see more groundbreaking work like this, visit Third Horizon and Borscht online, or better yet, check out The Third Horizon Caribbean Film Festival in Miami.

The Festival, which begins today and runs through the weekend, will showcase a diverse lineup of adventurous musicians, artists and DJs representing the cutting edge of the Caribbean.

Along the same lines of what Uncommon Caribbean is all about, Third Horizon Co-Founder Jason Fitzroy noted:

There is so much more to the Caribbean than what is often conjured up in the popular imagination. The Caribbean is history’s greatest unintentional experiment in cultural diversity, and the stories, sounds and visions that have emerged from this in many ways serve as examples of where so much of the world is heading.

With a lineup of films and performers echoing sentiments like these in the service of truly uncommon stories like that of Papa Machete, The Third Horizon Caribbean Film Festival is one we sincerely hope that all of you in the South Florida area won’t miss.

Haitian-Style Bullfighting, The Most Taboo Animal Sport in the Caribbean

This is a whole other brand of bullfighting... one that's obviously not for the faint of heart.
0
Shares
🇭🇹Haiti

That Time I Went To A Vodou Ceremony in Haiti

You're kicking back in the Great Room of the Marriott Port-au-Prince admiring the striking collection of Vodou Flags. The bright colors and intricate symbols for the individual Loa mesmerize. You want to learn more about Vodou; to attend a Vodou ceremony in Haiti, but how...?
34
Shares
🇭🇹Haiti