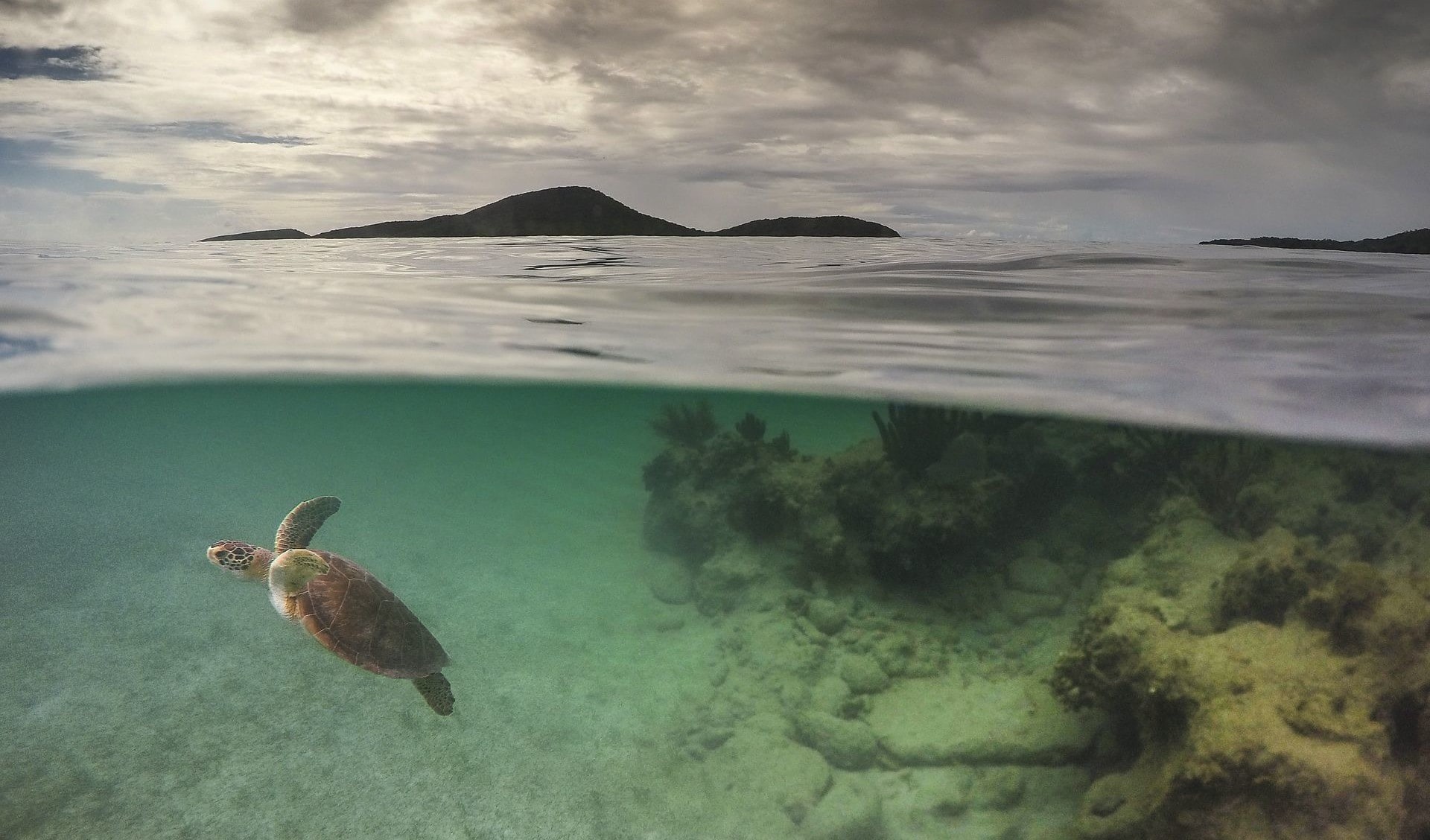 Sea Turtle Surfacing in Puerto Rico: Photo of the Day

You always know they’re there, though you don’t always see them. They’re shy, after all, and usually more than a little preoccupied with eating, mating, and gracefully gliding about the depths of the sea.

Every so often, though, they come to the surface, poking their heads above the waves to breathe, their insanely quick exhale/inhale exchange among the true marvels of nature.

They’re sea turtles, and no zoo or aquarium exhibit anywhere compares with the thrill of encountering them in their natural habitat at sea, as our good friend Hiral Gosalia did when he captured this great shot on a recent trip to Puerto Rico…